The National Trust has denied it acted unreasonably in refusing to allow the shale gas company,  INEOS, to carry out geological tests on historic parkland.

INEOS announced it was seeking a court order for the right to carry out seismic surveys at the Trust’s Clumber Park in Nottinghamshire. In a statement, the company accused the National Trust of adopting an “overly and and overtly” political position on fracking.

But in a letter to The Times (6/12/2017), the National Trust said this was untrue. It said it had acted reasonably by refusing to grant access to INEOS.

The Trust said INEOS had failed to demonstrate why surveys were necessary at Clumber Park.

INEOS said it had submitted an application to the Oil and Gas Authority, which if granted would allow it to seek a court order under the Mines (Working Facilities & Support) Act 1966.

If INEOS went to court, it would have to prove that the National Trust had behaved unreasonably and that the surveys were in the national interest.

INEOS has been carrying out seismic surveying across its East Midlands exploration licences since early June.

In July, DrillOrDrop reported that INEOS had sent the National Trust a pre-action legal letter.

The company said the National Trust had refused all offers of meetings and INEOS had no option but to apply to the Oil and Gas Authority. The company said in a statement:

“INEOS believes the Trust has behaved unreasonably, it is firmly in the national interest and that a court would back its position.”

“The National Trust’s position is overly and overtly political and throughout this process they have refused to engage with us or the science.”

“At INEOS we are developing a shale gas industry that is safe and essential for the UK and the economy. It is estimated that the industry will create tens of thousands of well-paid jobs and INEOS has pledged to give 6% of revenue to local people – potentially amounting to billions of pounds. The Royal Society and Royal Academy of Engineering have stated that shale gas extraction is safe if properly regulated.” 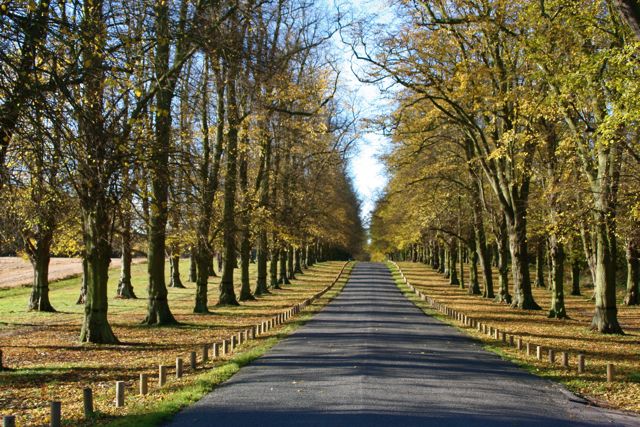 Clumber Park has the longest double avenue of lime trees in Europe. Photo: (c) Copyright Duncan Grey and licensed for reuse under https://creativecommons.org/licenses/by-sal/2.0

Mark Harold, the Director of Land and Nature at the National Trust, said in the letter:

“INEOS’s suggestion that the National Trust has adopted an “overly and overtly political” position on fracking is untrue.

“The trust is satisfied that it is acting reasonably as a conservation charity by refusing to grant access to INEOS at Clumber Park.

“Our founding principle is to protect the beautiful places in our care. We also believe that climate change is the greatest threat facing our places, and burning fossil fuels is a major contributing factor”.

Clumber Park is a Grade I listed park, most of which is a Site of Scientific Interest. Mr Harold said it was visited by more than 500,000 people a year. He added:

“INEOS has failed to demonstrate to the trust why it is necessary to carry out any surveys here.

“We have no wish for our land to play any part in extracting gas or oil. We are already seeing the impact of climate change at many of our places and we have launched a programme to dramatically cut our own fossil fuel usage at our properties”.

Under the terms of its East Midlands licences, INEOS must by 2021 carry out a total of 550km of 2D surveys and 575km2 of 3D surveys. It must also drill 11 vertical wells and four horizontal wells which must be fracked.

In the licence area which includes Clumber Park (Petroleum Exploration and Development Licence 308), INEOS must acquire 100km of 2D seismic survey and 100km2 of 3D seismic data, as well as drilling a 4,000m vertical well and fracking a horizontal one.

Seismic surveys investigate the geology of an area and help companies to decide the best sites for exploration wells. INEOS has agreed to share the results of its surveys with the national archives. It said:

“Hundreds of other landowners have already agreed to the surveys.”

A company spokesperson confirmed that the National Trust would not receive its share of the company’s offer to landowners of 6% of revenues from any future shale gas production. The spokesperson said:

“The 6% landowner/homeowner/Community contribution is a voluntary payment by INEOS to landowners, and if landowners do not grant access for surveys at this stage, they are effectively ruling themselves out of receiving in the success case, what would have been their share of the revenue share payment.”

A Freedom of Information Act request by DrillOrDrop revealed that in the past 10 years, there has been only one application to acquire what are known as ancillary rights for seismic surveying. But this was withdrawn and the then Energy Secretary did not refer that application to the court for determination.