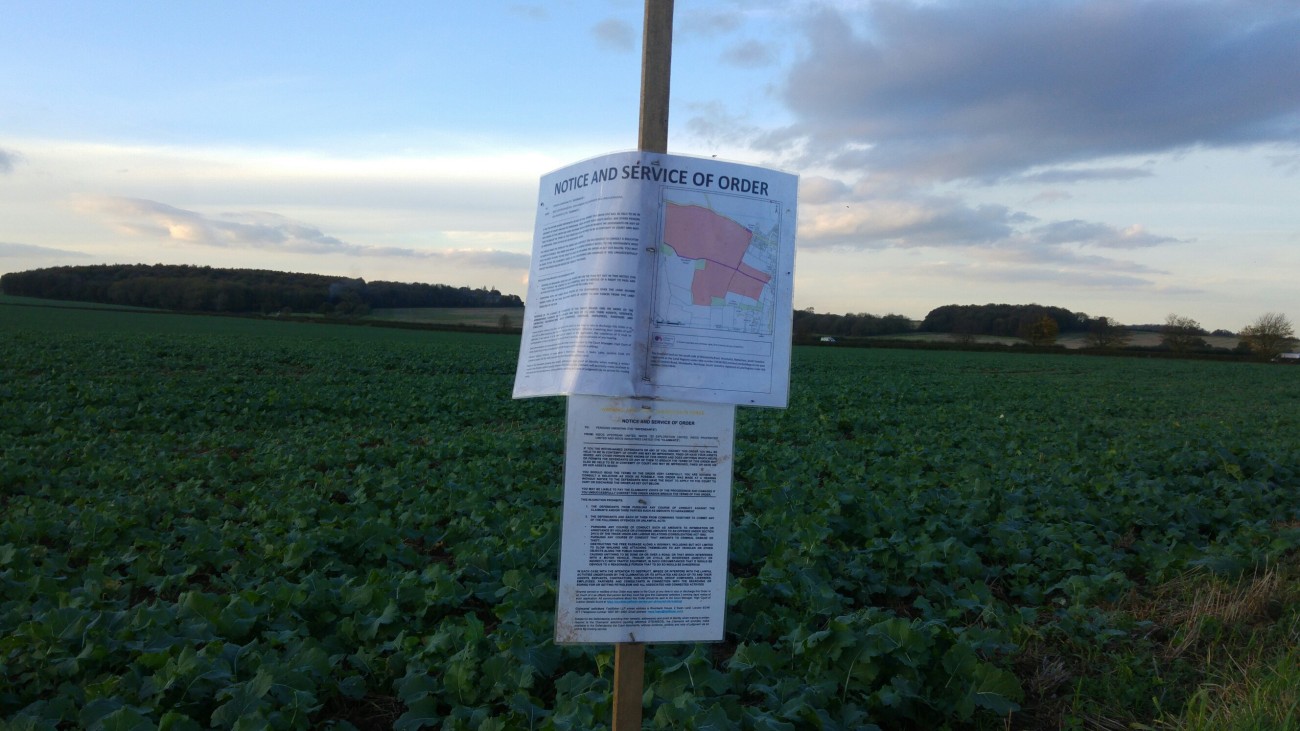 A report to the council’s planning board has recommended refusal of the company’s application for a 2,800m vertical coring well when it is considered next week (8 March 2018).

If planning board members follow their officers’ recommendation this will be the third INEOS shale gas application in six weeks to be opposed by councillors.

The site, on farmland, on the edge of Woodsetts, off Dinnington Road, is about 500m from the nearest homes. The application, which includes pressure testing but not fracking, is for five years.

The planners said there had been at least 550 objections to the proposals, many from Woodsetts and Rotherham borough. There was one letter in support.

The proposed site is 25m from Dewidales Wood, an area of ancient woodland.

The planners’ report said “insufficient justification has been submitted to demonstrate that there will be no adverse impact on the ancient woodland”.

“There are a number of deficiencies and omissions within the supporting ecological data, including insufficient surveying work on badgers, bats and breeding birds.

“The omissions are of such significance such that these deficiencies cannot be satisfactorily overcome through the imposition of conditions to potentially mitigate against future detrimental ecological impact.

“Consequently, the Council is not able to fully assess the proposals against national and local policy and the application cannot be supported on lack of ecological supporting details.”

The council’s ecologist said the application had “a significant lack of supporting data” due to the lack of, or incomplete, surveys.

INEOS said it had been denied access to Dewidales Wood to carry out surveys of breeding birds, bats and badgers. But the planners said the company had not provided sufficient evidence that it tried alternative methods to survey these species.

According to the report, the company failed to consider correctly the impacts on bat species other than pipistrelles and it did not ask for data from the South Yorkshire Bat Group.

INEOS should have, but did not, carry out a breeding bird survey, the report added.

The company’s application claimed “no birds were observed on the proposed site” during a habitat survey or during subsequent visits for bat surveys. The council’s ecologist considered it “unlikely there were no birds whatsoever on any of the surveys”.

INEOS claimed that the impact on wildlife would be “not significant”, but the council’s ecologist did not “consider it reasonable that these conclusions could be reached”.

According to the report, INEOS did not provide ecological information on hedgerows near the site, nor wildlife in arable field headlands. There was no plant list with the habitat survey and no details of the ecological surveyor’s qualifications, experience or licences held.

The site plan indicates significant built development less than 50m from the woodland boundary but there was “insufficient evidence to justify this limited buffer protection area”, the planners said.

Paragraph 118 of the National Planning Policy Framework (NPPF) states that if significant harm resulting from a development cannot be avoided then planning permission should be refused.

“The applicant has not sufficiently demonstrated that the development can satisfactorily mitigate the potential for harm to the ecology of the surrounding rural environment.”

“It is recommended that the application is refused on lack of ecological information and in conflict with paragraph 118 of the NPPF.”

INEOS proposes to use a 60m rig for five months and 32m rigs for about nine months of the project. The planners’ report said the development would result in “substantial adverse landscape and visual effects”. But the planners said this would be generally within 1.5km of the site and over the short term only. They said there had been no “formal objections” on this issue.

Noise levels would not be at such an adverse level that would justify a refusal, the planners said.

South Yorkshire Archaeology Service indicated there were significant archaeological features on the site. But this could be dealt with by a condition, the report concluded.

The council said INEOS’s proposed shale gas site at Harthill, 5km away, would not result in any cumulative impacts.

The planners said pollution of groundwater was beyond the scope of the planning application and there had been no objections from the Health and Safety Executive, Environment Agency or the council’s pollution control officer.

The report concluded there would not be an adverse effect on the long-term permanence of the Green Belt in the area.

The Council’s Transportation Unit and Highways England concluded that a safe and suitable access to the site could be achieved and the cumulative impact of the development in transport terms was unlikely to be severe.

Rotherham’s planning board unanimously opposed INEOS shale gas plans for Harthill on 25 January 2018 on highway safety grounds. This application is to be decided after a public inquiry starting on Tuesday 24 April 2018.

Derbyshire County Council voted by 9-1 on 5 February 2018 against the company’s  plans for the village of Marsh Lane. This application is to be decided after a public inquiry starting on Tuesday 19 June 2018.

The planning board meeting is on Thursday 8 March 2018, at 10.30am at the Town Hall, Moorgate Street, Rotherham S60 2TH. Details