Third Energy’s N Yorks frack could be delayed until autumn 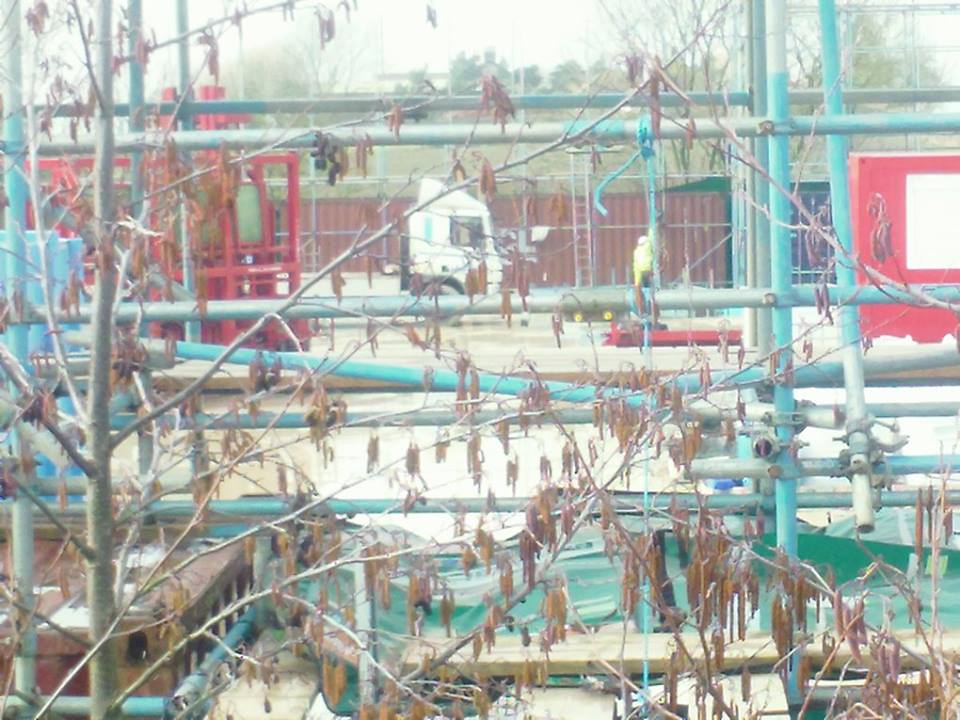 Any fracking at Third Energy’s well at Kirby Misperton could have to wait until the autumn, it emerged today.

The Government has asked for an assessment of Third Energy’s financial resilience before making a final decision on whether to grant consent to frack the KM8 well.

And it appears that, if the permission were given, the company wants to avoid fracking in the summer.

There has been no formal statement yet on the timing of any future operation but DrillOrDrop understands the issue was discussed last night when Third Energy senior staff met local people.

The company is thought to want to avoid the summer months when local roads are busiest because of the nearby Flamingo Land theme park and farmers’ harvests.

Two days ago, we reported that scaffolding, which formed part of the sound screen, was being removed from the site.

Today, Third Energy issued a statement saying further equipment was being taken off, including water tanks for the fracking operation.

The company also said a footpath which runs alongside the site, which had been closed temporarily, would reopen.

But the hydraulic fracture spread would remain on site, the company said. And speed and parking restrictions on Habton Road, which runs past the site entrance, would continue.

“To reduce the visual impact for the local community, the company has also taken the decision to remove the top level of the noise attenuation barrier.”

The statement said the base, which is made up of shipping containers, would stay on the site.

“As we work through the final government approvals for the frac project we think it is very important that residents in the Kirby Misperton area see their lives return to normal.

“We consider re-opening the footpath and significantly reducing the height of the sound barrier are a positive step towards this.”

Mr Linn said he expected those protesters who are camping on the grass verged along Habton Road to leave the area.

The Kirby Misperton Protection Camp, which established on a field owned by Flamingo Land, announced on 2 March that it was closing and the site would be restored to pasture.

“We expect the clean-up of both the grass verges and the Flamingo Land field will return the land and sub-soil to its original condition. Working to anything less than the standards of restoration and environmental protection required of Third Energy would demonstrate double standards on the part of the protestors.”