The oil exploration company is going to the High Court in London to seek an order restricting protests outside sites in Sussex and Surrey.

A group of residents is expecting to challenge the injunction, arguing that it breaches their human rights.

The draft order, published earlier this month, would prevent lawful acts by campaigners where the “predominant intention” was to injure the company’s “economic interests”.

Opponents of UKOG’s activities fear this could stop them organising events, handing out leaflets and distributing information online.

The order would also prevent people taking photographs of suppliers’ vehicles and establishes exclusion zones outside the sites at Broadford Bridge and Markwells Wood in West Sussex and Horse Hill in Surrey.

The company issued a statement last night saying it was “fully supportive of people’s democratic right to lawful and peaceful protest outside our gates or premises.” It said:

“We do not want to prevent anyone exercising their rights to freedom of assembly, freedom of expression and the right to peaceful protest.

“This injunction is aimed at a small minority of activists who seek to deny our fundamental democratic and legal right to go about our lawful business. Recent actions by activists that have forced us to seek this injunction include forcible entry and illegal occupation of our Horse Hill site, criminal and environmental damage, threatening behaviour and assault of our site staff and contractors.” (for more of UKOG’s statement see final section)

The draft injunction order is against “persons unknown” and includes actions which are covered by criminal offences. It also mentions the common protest tactic of “slow walking”, which is sometimes facilitated by police and has resulted in both acquittals and convictions when cases come to court. 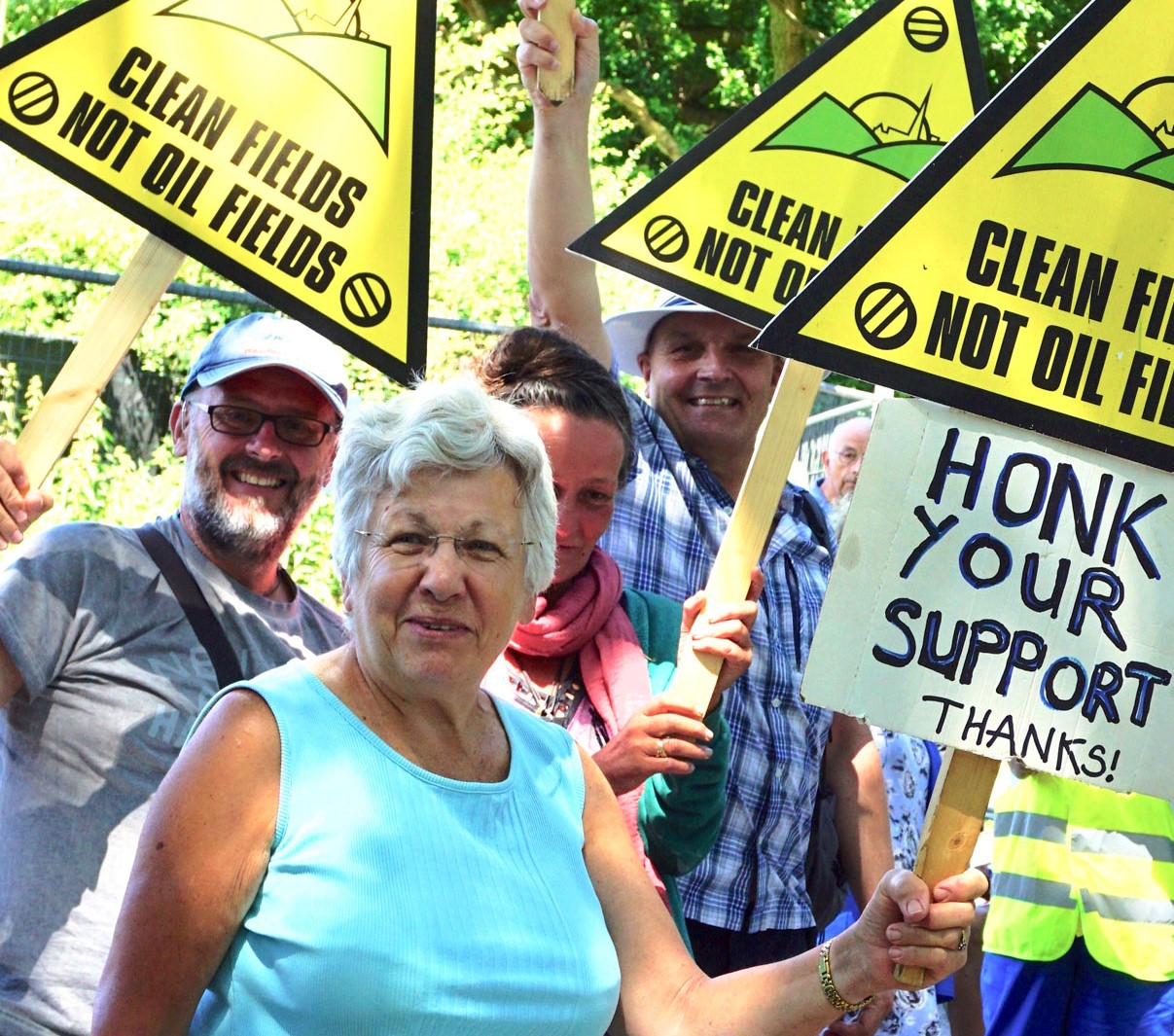 “Shires of England are rising up”

“The shires of England are rising up to protect a way of life being threatened by UKOG.

“This injunction would have a chilling effect on lawful protest and campaigning right across the South East.

“UKOG have admitted that ‘this kind of oil deposit very much depends on being able to drill your wells almost back to back’ – they have admitted that their plan is to industrialise our landscape. Campaign groups must remain free to raise awareness of this threat.”

The group said the challenge to UKOKG was supported by human rights organisations, the Green Party, Friends of the Earth, the Labour Party and Greenpeace. Residents from across Surrey, Sussex and the North of England are expected to be outside the court. 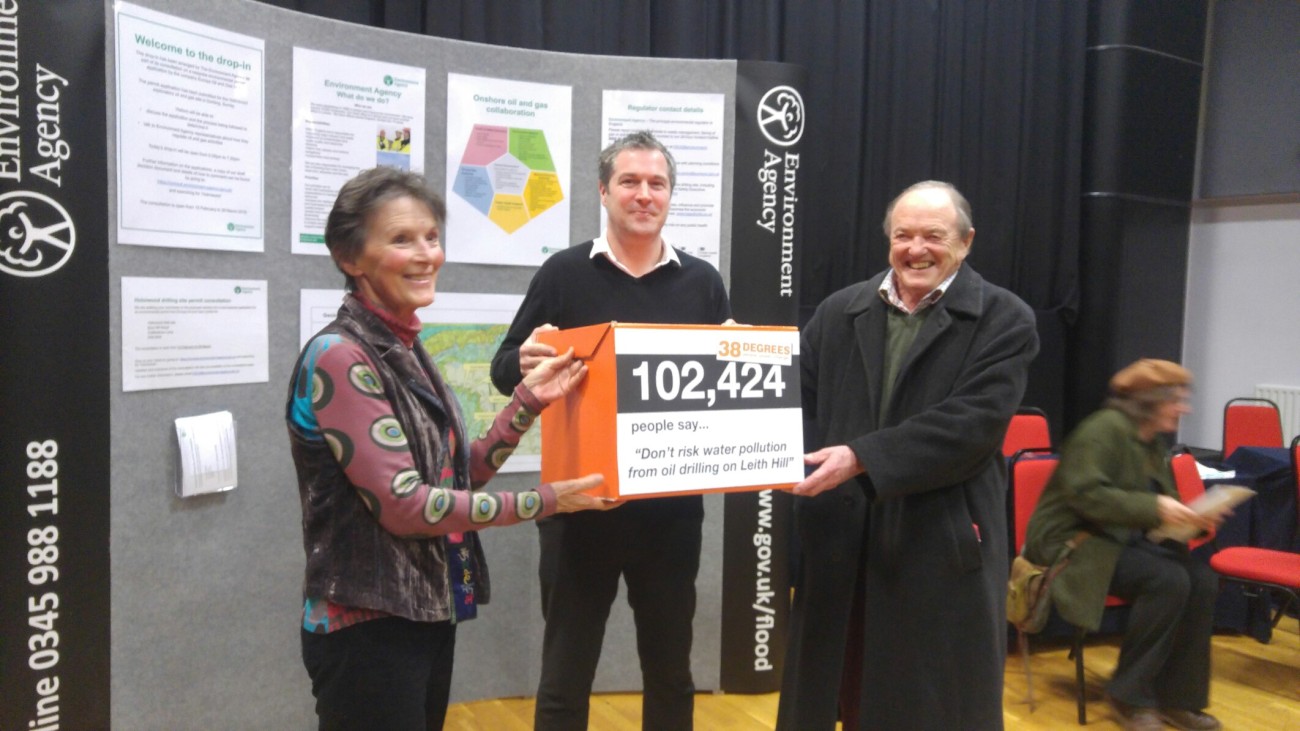 “Our way of life is being threatened by this company – not only do they plan to industrialise the countryside and risk polluting our water but also they want to take away our right to speak out about it. I believe the judge will see sense and throw this out.”

Bianca Jagger, President and Chief Executive of the Bianca Jagger Human Rights Foundation (BJHRF) called at the weekend for UKOG to withdraw its application for an injunction. She said:

“I am appalled that residents of South East England, are being threatened with intimidation and censorship for speaking out against the potentially irreversible damage to their way of life, to their water sources, to the air, and their environment by unconventional drilling operations.”

“This application for an injunction from UKOG is a copycat of the INEOS injunction with added bells and whistles. Make no mistake this is a full frontal assault on our fundamental human rights to protest.

“The fact they are bringing these applications in the chancery division of the High Court which normally deals with contract disputes and does not have experience of dealing with human rights issues shows how these Companies are gaming the legal system and showing contempt for the law. We will not be intimidated.” 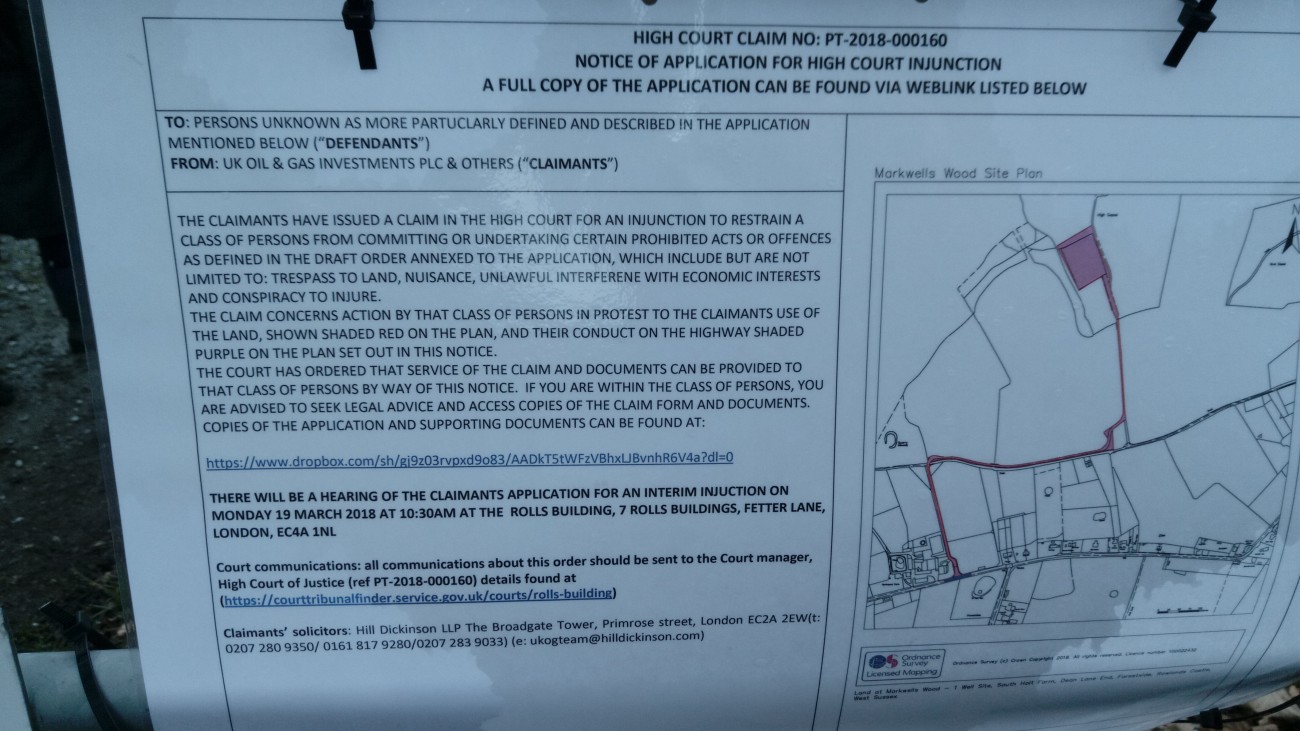 Weald Action Grop said the residents’ challenge is being supported by Netpol’s Activists Legal Action Fund  and brought on behalf of campaigners and will be represented by civil rights lawyer Michael Oswald and his team at Bhatt Murphy solicitors.

“The sweeping nature of the injunction is extraordinary. By seeking to prevent any interference with UKOG’s “economic interests” – a term that could mean almost anything – the company seems to suggest that the only “acceptable” protests are those that have no cost impact on its business and no effect on its share price.

“Anything else risks the potential threat of expensive legal action against local campaigners, even if they are “combining together using lawful means”, something that is a fair description of how every campaign group has ever operated.”

David Abrahams, lawyer for Friends of the Earth, added:

“This proposed injunction is a serious attack on the rights of local people to protest and campaign against oil and gas operations. It is completely unacceptable for lawful activities such as taking photographs and gathering outside sites to be included within the scope of an injunction.”

‘It seems that the unconventional resource extraction industry in the UK, with the help of the courts, is seeking to expand the traditional approach in English law, namely that injunction proceedings must start against a named defendant.

“Companies are apparently seeking to protect their own interests at the expense of the people’s democratic human rights to peaceful assembly and expression.

“This is deeply worrying. In an era when the public appears to be more concerned than politicians and the extractive industries about the imminent threat of runaway climate change, people’s democratic rights to resist the continued expansion of the fossil fuel industry must be protected. I hope sense prevails and the courts start refusing such draconian, undemocratic, sweeping injunctions.’

Vicki Elcoate, of A Voice for Leith Hill, said:

“By barring lawful action it shuts down participation in the democratic process. That is unreasonable and unfair. It would also potentially stop us organising events, handing out leaflets, disseminating information online etc. Saying it’s draconian is probably an understatement”. 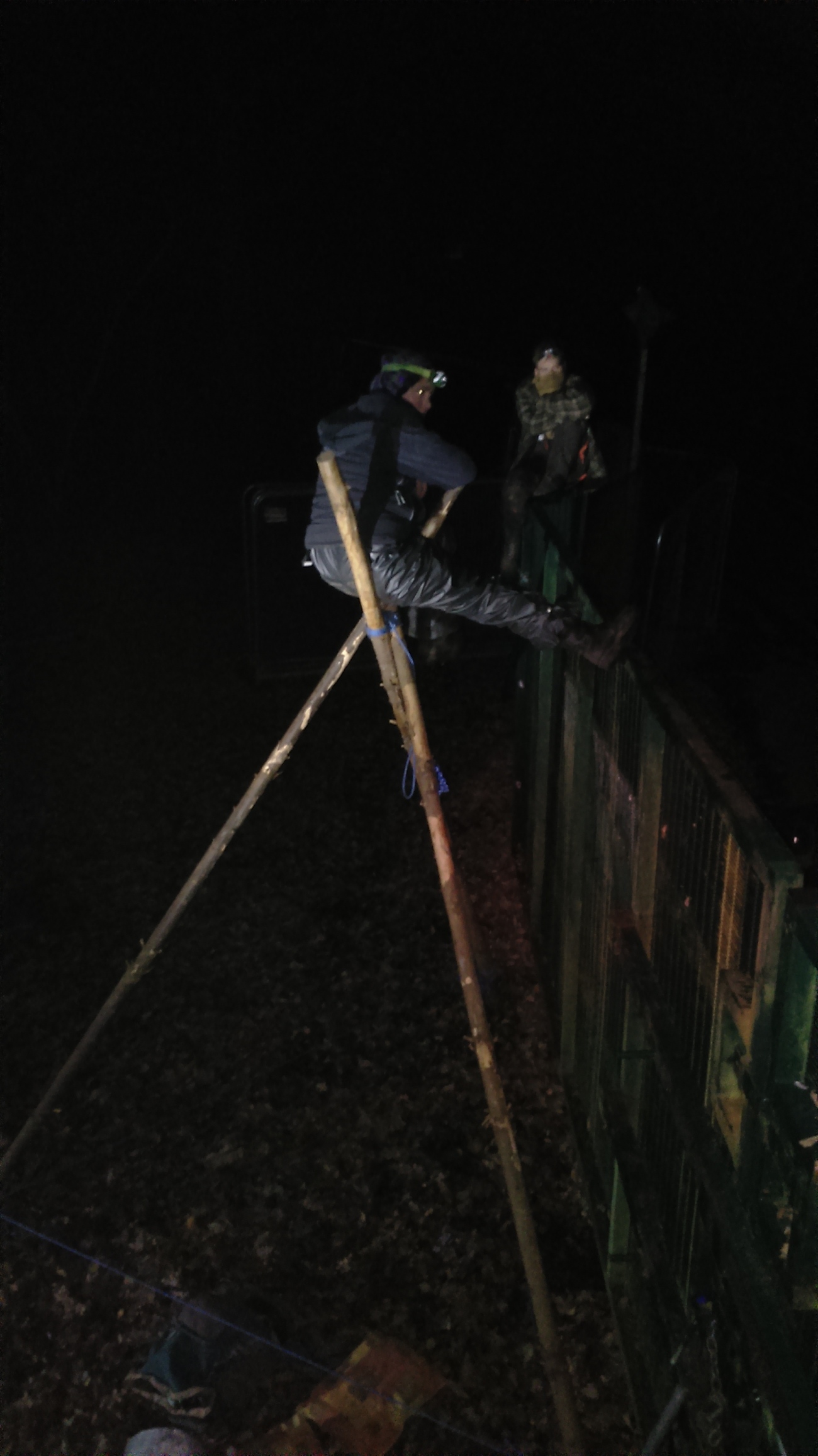 UKOG added in its statement:

“We believe that whilst some persons may have strongly held views about the role of oil and gas in our society, this is no justification for them to employ unlawful means to deny UKOG the right to conduct lawful business in safety and without damage to its lawful operations, the licence for which was granted by the Government.

“Contrary to some views expressed recently, this injunction application is a fully democratic and just process in that the ruling will be made solely upon the evidence provided by all parties and without prejudice to any party, no matter what their beliefs or motives may have been. The law applies equally to all persons and parties.

“We seek the Court’s ruling and protection only from those activists who seek to deny us our fundamental right to conduct lawful business. They do that through a variety of unlawful actions, including unlawful trespass on our land, interfering unlawfully with access to our land, unlawfully obstructing the highway (including by slow-walking, lock-ons and lorry surfing), to obstruct, threaten or interfere with our staff and contractors and by unlawful “legal means conspiracy” where the predominant purpose is to injure UKOG and or its contractors. “

The hearing is due to start at 10.30am, at the Rolls Building, Fetter Lane, London EC4A 1NL. It is scheduled to last for two-and-a-half hours.