Last year campaigner Ben Dean brought a legal challenge against the Oil & Gas Authority, the body which issues exploration licences to drilling companies on behalf of the government. He argued that the OGA had made unlawful changes to a licence for the area near Chester where he lives.

His case – a judicial review – went to the High Court but was dismissed. His request to go to appeal was also turned down.

In this Weekend Long Read, Ben Dean argues that the failure of his case means that commitments made by the industry under the licensing system are now, in effect, worthless.

It was with great disappointment that I learned that Lord Justice Sales had refused my application to appeal against the refusal of a judicial review in the High Court in June 2017.

Lord Justice Sales said he considered the High Court judgement was careful and thorough. There is no right to a review or reconsideration of this decision, so my challenge is over.

This does, however, mean I am now able to explain more about the case. I can also release some of the documents, which I hope will be helpful to other legal challenges in future.

This is a complex area of a law but my case has important implications for the way the oil and gas industry is regulated. I believe it means that the industry and the Government, through the OGA, has overruled parliamentary sovereignty on the management of licences.

Oil and gas companies need a Petroleum Exploration and Development Licence or PEDL before they can drill for hydrocarbons. This is granted by the Oil and Gas Authority on behalf of the Crown and covers a specific geographical area.

There are three phases of the PEDL licence, known as terms, covering exploration, appraisal and production. The PEDL also sets out what work must be done in each phase. A company must drill a well in the PEDL area to move from the initial exploration term to the second appraisal term. Usually a company must submit a Field Development Plan to move from the second term to the third production term.

Until recently, any changes to the clauses in a PEDL licence were made by a formal Deed of Variations. Recent changes have been just by correspondence.

In recent correspondence decisions, the OGA has used ‘its discretion’ to move PEDLs from their second or appraisal term to the third or production term, without the requirement of a Field Development Plan. All that had been required was for a well to have been drilled in the PEDL area.

The most striking example of this was for PEDL147, around Lower Kinnerton, near Chester (see below).

Here, in 2011, the then licence holder had planning permission to drill a coal bed methane well. The drill hit a faulted coal seam at 1,032m and was abandoned without taking any core samples. In September 2016 the OGA used ‘its discretion’ to move PEDL147 to its third term, for full production, despite no appraisal work in the second term and no Field Development Plan. At the time of writing, the OGA online register does not show that PEDL147 is now in its production term. (link here)

A further nine PEDLs have similarly been moved to full production based on a well having been drilled but without proper appraisal, or Field Development Plan. There has just been a requirement for further ‘appraisal works’ as a requirement in a ‘Retention Area Plan’. These include PEDL126 around the Markwell’s Wood site in the South Downs National Park and the INEOS Grangemouth licence in central Scotland, PEDL133. Details

Why does this matter?

If my case had been successful, the OGA decision to move PEDLs to their third term, without Field Development Plans and proper appraisal, may have been challengeable as unlawful.

The position now, as it was before my legal challenge, is that the UK Government, OGA and industry are free to continue to agree between themselves. This is despite statutory legislation that Parliament thought it had put in place to provide the necessary checks and environmental protection.

In other words, parliamentary sovereignty has been ruled by High and Appeal Court judges as totally irrelevant when the licensing of the oil and gas industry is considered.

The basis of my case 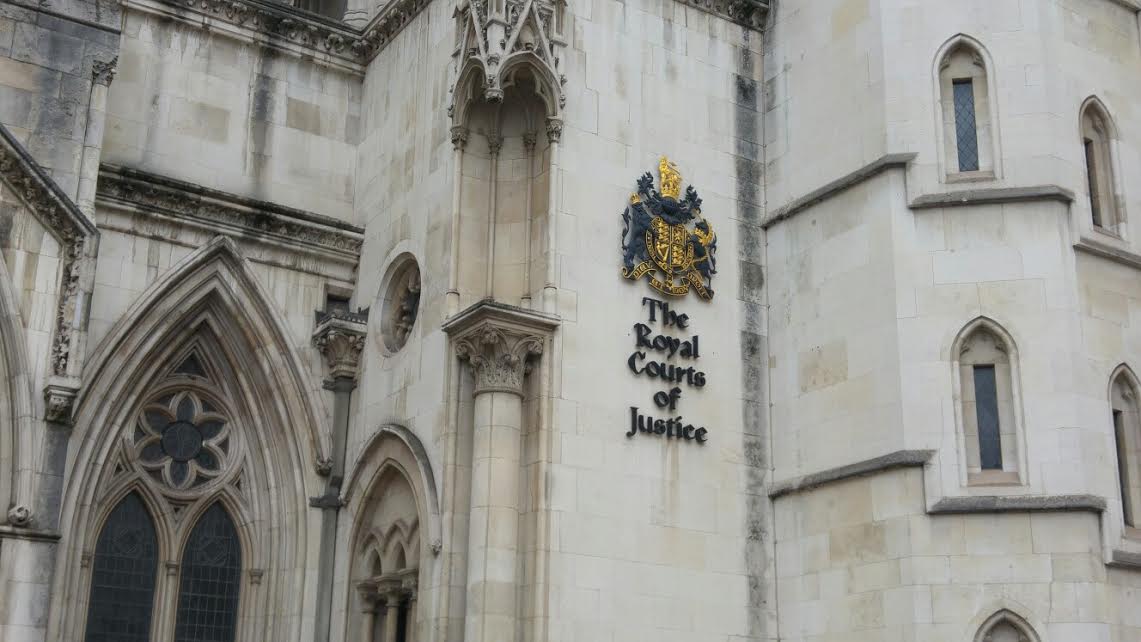 My case centred on whether the Oil and Gas Authority had a general power to agree changes to PEDLs or whether it had only powers specifically given to it by the Petroleum Act 1998 and linked regulations.

I sought a judicial review of the OGA’s extension of the initial term of PEDL189 around Chester for two years. I was the claimant, because I lived in PEDL189 and so had “standing”. Friends of the Earth Rights and Justice team instructed David Wolfe QC on my behalf.

My legal team argued that the two-year extension in PEDL 189 was unlawful because PEDLs are licences governed by legislation.

At the hearing on 22 June 2017, David Wolfe said a PEDL was a statutory licence between Her Majesty and the licensee. The powers to vary lay in the statutory provisions which underpinned it.  The legislation did not include the power to vary the initial term. Link to my skeleton argument (pdf)

The OGA, in its defence, said that PEDLs were private contractual licences between the Secretary of State and the licensee and that no authorisation was required in statute for a variation in the terms. Its barrister argued that clauses or covenants in the PEDL – known as Model Clauses – could be amended if the parties agreed. Link to the OGA’s detailed case (pdf)

Lord Justice Holgate rejected my arguments in his ruling in August 2017 and dismissed the judicial review. He said legislation gave the Secretary of State the power to make decisions on behalf of the Crown, including the terms of the licence and variations to them. Link to ruling by Lord Justice Holgate (pdf)

I decided that the High Court decision should be appealed. In the grounds for appeal, I argued that there was a significant public interest. I repeated the case that PEDLs were statutory licences and the OGA did not have power in statute to vary the conditions, other than in specified circumstances which did not apply here. Link to my grounds for appeal (pdf)

The grounds for appeal have now been dismissed. In my view, this leaves the government and the industry free to continue a policy of ignoring the statutory legislative framework and agreeing variations to firm work commitment programmes and First and Second Term PEDL periods (or any other clauses). As a result, communities will continue to be faced with uncertainty and the original PEDL licence terms and commitments are, effectively, meaningless.

The judgement in my case also appears to ignore the European Hydrocarbons Licensing Directive Regulations 1995. This provides for an open and transparent market for companies applying for PEDL licences.

The bidding process under tender requires a potential licensee to commit to an exploration programme in the initial exploration term. The more work to which an applicant commits, the more points they score and the more likely they are to be awarded the PEDL.

For example, in the PEDLs issued in 2016, Ineos committed to drill 26 vertical wells and 11 horizontal wells and carry out hydraulic fracturing in nine licence areas.

This is a reason why I’m so disappointed with the Court of Appeal decision. It seems to imply that we are leaving the EU, and the existing Hydrocarbons Licensing Directive 1995 will be dropped and has therefore been ignored.

Even though I lost my case, it may have set a legal precedent that could be helpful for further challenges.

There is a time limit on issuing a Judicial Review application to the High Court. This is six weeks for planning applications and three months for public law decisions like my case.

There is also a pre-application protocol procedure whereby the claimant should write to the defendant setting out the potential claim and giving the defendant 14 or 21 days, depending on the type of case, to respond.

In researching the PEDL189 licensing, I asked the OGA in February 2016 in a request under the Freedom of Information Act to advise on its intentions to extend the initial term of PEDL189.

The OGA refused to answer in the time limit of 20 working days under the Freedom of Information legislation. It delayed the answer until after the decision was completed on the 28th June 2016 and published on the OGA website on 30th June 2016 in a spreadsheet including other extension or termination decisions.

As the effective decision to extend the initial term of PEDL189 was 1 July 2016, my legal team thought we had three months, until 30 September 2016, to submit my request for a judicial review.

The government apparently attempted to avoid giving information within the FOI timescales and also to take out the potential for a Judicial Review of the decision.

My legal team decided on 24 September 2016 to challenge the Initial Term extension of PEDL189.

Proceedings were served against the Secretary of State for Business, Energy and Industrial Strategy on 29 September 2016 and IGas, the licence-holder, as an interested party on the next working day

We did not issue a pre-action protocol claim and were out of time with regards to UK Judicial Review time period by one day.

The initial response from the High Court was to reject the challenge and award costs against me of £3,465.00.

I appealed against this decision. At a Permissive Hearing at the High Court on 14 December, my case was granted permission to go to a judicial review.

In her judgement, Mrs Justice Laing, said the case should use the EU timescale because the hydrocarbon regulations implemented an EU directive. This meant that my application was just within the three-month period. Mrs Justice Lang said that even if she was wrong and the UK time limit applied, she would exercise her discretion and extend the time because of the OGA’s lack of promptness in supplying information.  Link to Mrs Justice Lang’s ruling (pdf)

Mrs Justice Lang also ruled that my case was covered by the Aarhus Convention. This had the effect of cap my costs to £5,000 for the judicial review hearing. The lawyer representing the OGA was particularly unhappy about this and stated that the government would appeal. This position was later dropped.