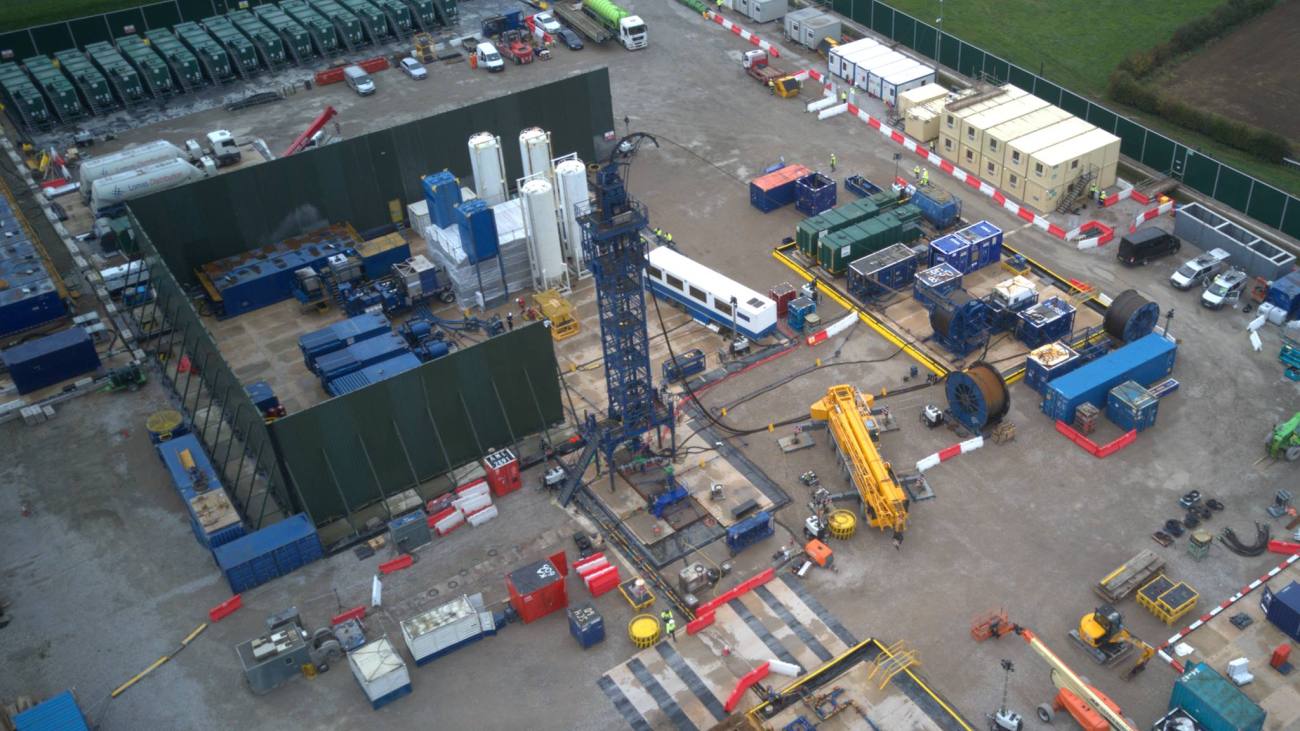 Cuadrilla has said it plans to start fracking tomorrow (13 October 2018) at its site near Blackpool after a judge at the High Court refused to extend an injunction against the operation.

In a ruling this afternoon, Sir Michael Supperstone also dismissed an application for a judicial review of emergency planning procedures at the site.

The decision clears the way for the first high volume hydraulic fracturing in the UK since 2011 and the first UK frack of a horizontal shale gas well.

But campaigners who brought the case said immediately they would apply to overturn the ruling at the Court of Appeal.

The only likely block on fracking tomorrow will be high winds and rain from Storm Callum that could delay the operation until Monday.

Francis Egan, chief executive of Cuadrilla, said in a statement after the ruling:

“We are delighted to be starting our hydraulic fracturing operations as planned. We are now commencing the final operational phase to evaluate the commercial potential for a new source of indigenous natural gas in Lancashire.”

“We have been advised there are two clear errors in the determination of the judge that leaves the way open for us to take the case to the Court of Appeal. We remain defiant. This started in Lancashire. We are going to finish it in Lancashire.”

The injunction was issued last Friday when Mr Dennett submitted court papers in which he said he feared the county council’s emergency plans would not protect local residents if there was an incident at the site.

His case was the council had not adequately assessed the risk from the site or communicated appropriately with local people about what would happen in an emergency.

But Sir Michael said today the case was not supported by the evidence before the court. In his ruling he said:

“I am satisfied that the negative risks have been properly considered by the appropriate regulatory bodies.”

The court had heard that the Preston New Road site has been assessed by the council as medium risk, which meant there was no need for a site-specific multi-agency emergency plan.The

“I am satisfied that the assessment of the risk is medium has been properly reached on the evidence.”

He also said the council was not required to publish its procedures. He said he accepted the council’s case that the Civil Contingencies Act gave officers considerable discretion about what it showed to the public. He said:

“The evidence before this court does not support the contention that the council is in breach of its duty to the public.”

He said the council had published a brochure about emergency planning in the county and there was a website for residents about how to prepare for emergencies.

Sir Michael refused the application to continue the injunction or to challenge by judicial review the emergency planning procedures. 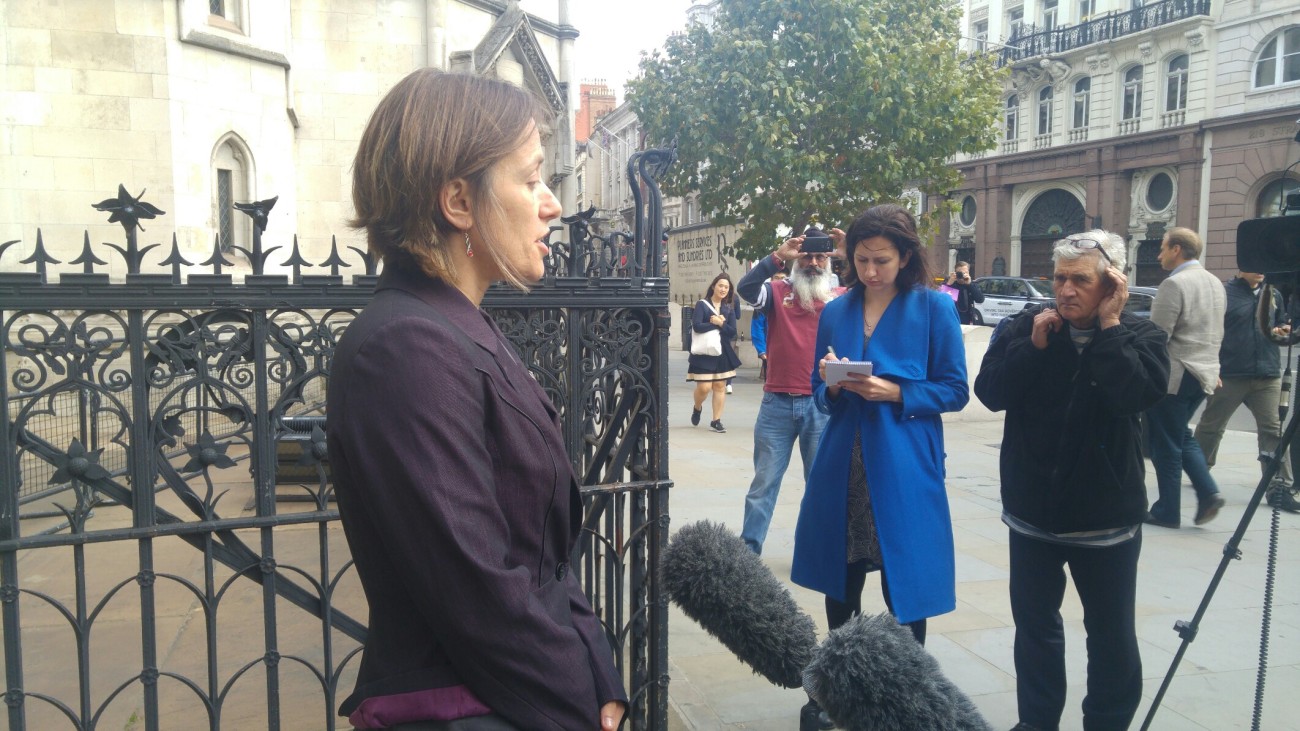 Helen Chuntso, a researcher who has investigated the procedures for Preston New Road said outside the court that the judge had interpreted the law incorrectly.

“The judge’s ruling puts him directly in opposition to cabinet office guidance on the statutory duty to publish information about emergency plans.”

She said the general brochure made no reference to hydraulic fracturing or what the local community should do in the event of an explosion or blow out at Preston New Road. She added:

“We will continue to fight the effects of fracking on this community. We will take this to the Court of Appeal”.

Ms Chuntso added that the campaigners would pursue the case on the grounds of “a previously undisclosed and questionable risk assessment” and the council’s failure to consult and publish its emergency plans.

Yesterday, the court heard that any delay in fracking would cost Cuadrilla £94,000 a day. Mr Egan said today the first results from fracking are expected in about three months. He said in a statement:

“If commercially recoverable this [shale gas] will displace costly imported gas, with lower emissions, significant economic benefit and better security of energy supply for the UK.

“The hydraulic fracturing process will take approximately three months to complete for both horizontal exploration wells. Cuadrilla will then test the flow of natural gas from those two wells with initial results expected in the New Year.”

Cuadrilla is planning to frack about 45 sections of the well. Each section is 15-50m long and will take about 90 minutes. The first stage is furthers from the pad and successive fracks will work backwards along the well.

“It’s a scandal that the government has been allowed to force through fracking at any cost.”

“The court decision is hugely disappointing. Our local councillors have been demanding information about emergency procedures for months now and fracking is about to begin at the site.

“The case was all about the failure of Lancashire County Council to provide adequate Emergency Evacuation procedures, and have public consultation and communication into Civil Contingency plans in the event of an explosion or gas leak at the Preston New Road fracking site.

“Given that an emergency situation at the site could impact health, threaten natural resources, or require evacuation, and particularly with the close proximity of a number of schools, it is unthinkable that Lancashire County Council or our government should have considered allowing Cuadrilla to go ahead with fracking without the local community being fully aware of what would happen in the event of an accident on site.

“The recent pipeline explosion in British Columbia resulted in an evacuation zone extending over several kilometres – there were just 100 people in that area: in the equivalent zone near the PNR site there would be thousands if not tens of thousands

“Cuadrilla can now carry on regardless, ignoring the urgent warning issued this week by the IPCC about the need to reduce our dependence on fossil fuels, but all of the fracking companies need to know that fracking will never get a foothold in the UK because they will meet resistance at every stage of their projects.”

“A new fossil fuel frontier has been opened in Britain. In the same week the UN warned we have little more than a decade to tackle climate change, this ruling has paved the way for the first fracking in seven years.

“To stand any chance of hitting climate targets we must keep all fossil fuels in the ground where they belong. Fracking is a dirty, dangerous industry and I stand shoulder to shoulder with the brave residents standing up for the safety of their community today.

“We are deeply disappointed by this ruling, but the anti-fracking movement is stronger than ever and we will not give up this fight until Britain is frack free. It’s time the Government ditched its reckless dash for gas and invested instead in a renewable revolution of solar, wind and tidal power.”

“I want to thank campaigners for their efforts in the High Court; I share their disappointment with the outcome. But we must remember that, ultimately, it is the government’s full-throated and blind support for fracking, despite all the evidence, that has led us to this point. It is a sad day for democracy, for residents and for our planet. It proves we cannot trust the Tories on climate change.”

“This week, climate scientists from across the globe pleaded with world leaders to take unprecedented action to divest from fossil fuels and decarbonise their economies to avert the very worst effects of a climate breakdown that is already in progress [2]. Today, a government-backed bid to revive a dangerous and destructive fracking industry in England, against the wishes of the local community and local authority, has been given the green light.”

“For all their warm words and greenwashing, the Tories have been conspiring with their friends in the filthy fossil fuel industry all along. Ministers’ climate denial is insidious and disastrous.”

“Britain under the Tories is a genuinely terrifying place. The ignorance of evidence and the pursuit of climate-destructive policies at any cost imperils any future we hope to build for the generations to come. History will not judge the Tories kindly. Greens will continue standing on the frontlines of the fight to protect our planet and keep supporting all of those brave heroes like the Frack Free Four who have put their lives and liberty on the line to do the same”

“We’re very pleased that the High Court has sensibly rejected this last-minute challenge from campaigners. The industry’s expert regulators at the Health & Safety Executive and Environment Agency are satisfied with emergency response arrangements, and I think it’s time people trusted them to look after us.”