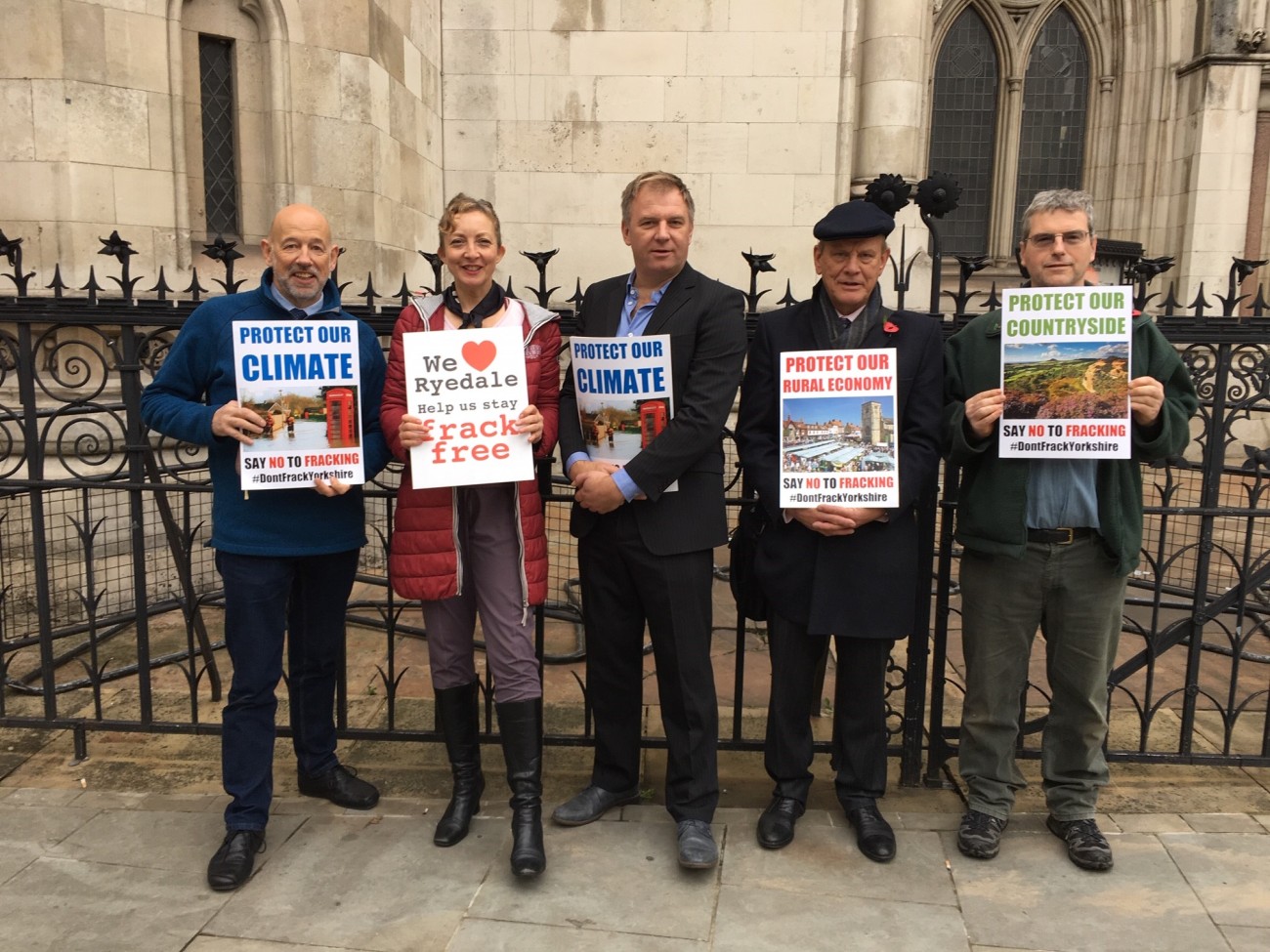 Cllr Paul Andrews, who lives near Third Energy’s fracking site at Kirby Misperton, went to the High Court in London this afternoon to seek permission for a judicial review of a written ministerial statement issued in May.

In the statement, the business secretary, Greg Clark, and the local government secretary, James Brokenshire, said that local authorities should recognise a definition of fracking, set out in legislation, when making their decisions.

Cllr Andrews said, if unchallenged, the statement would mean that local authorities would be unable to represent their communities or set limits to control fracking in their areas.

But the judge indicated that the written ministerial statement was guidance only. He suggested that once mineral planning authorities have noted the existence of the fracking definition in the statement, they were entitled to apply a wider definition, provided they explained their reasons for so doing so.

“In my judgement, the policy statement in question simply refers to two definitions of fracking… which should be considered by planning authorities when drawing up their developing plans.”

The case surrounded different definitions of fracking in legislation and planning guidance and the restrictions that could be applied to the process.

In April, a planning inspector backed North Yorkshire local authorities when they included a definition of fracking in their minerals plan based on fracturing rocks under hydraulic pressure.

Within weeks, the business secretary, Greg Clark, and local government secretary, James Brokenshire, issued their written ministerial statement, which included a requirement to local authorities to:

“recognise the fact that parliament had set out in statute a definition of fracking.”

They were referring to the definition of associated hydraulic fracturing in the Infrastructure Act. This was based on the volume fluid used in fracking operations. Fracking that met the volume threshold faced stricter planning controls than those that were below it.

Mr Justice Holgate referred to another definition in paragraph 129 of planning practice guidance for minerals which said:

“Hydraulic fracturing is the process of opening and/or extending existing narrow fractures or creating new ones … In gas or oil bearing rocks which allows gas or oil to flow into welbores to be captured.”

Marc Willers QC, for Cllr Andrews, said the written ministerial statement represented “a material change in planning policy”. It had  “given rise to confusion and uncertainty” as it would leave planning authorities wondering “which [definition] to plump for”.

Rupert Warren QC for the Secretaries of State said the challenged was based on “an inaccurate understanding of what is required” by the written ministerial statement.

“While we are disappointed that the judge did not allow us to proceed with the Judicial Review, we are delighted that he has stated that local authorities could disregard government planning guidance on issues such as the definition of fracking provided there was sufficient justification.

“This should allow The North Yorkshire Plan, which was developed over a number of years by our elected representatives in collaboration with local residents and the oil and gas industry, to be approved as it stands.”

He said the written ministerial statement had undermined restrictions on fracking agreed in North Yorkshire.

“I believe the Written Ministerial Statement was a desperate attempt by central government to override the modest restrictions on fracking included in The North Yorkshire Plan, and is likely to have been the result of frantic lobbying by the oil and gas industry in the days after the approval of The Plan.

“It appears that the carefully considered decisions by locally-elected councillors, who have spent years drawing up The Plan in consultation with local communities, count for nothing in the face of the ever-increasing demands of the oil and gas industry.”

“We did not win the case . But we won a concession from the judge. Local authorities can have their own definitions of fracking.

“The North Yorkshire local authorities can stand by their plan and put it into action even though it does not comply with the government definition.

“I would encourage other mineral authorities to look to North Yorkshire as a template”.

Cllr Andrews said his legal team was considering an appeal. He added:

“This ruling also sends a message to the government that they cannot set national and local fracking policy by ministerial edict, and the government’s latest attempts to override democratically elected local councils and fast-track fracking against the wishes of communities are doomed to failure.”

The issue is likely to return to the courts because the shale gas industry has said it will challenge the restrictions in the North Yorkshire minerals plan if they are applied to shale gas decisions.