Katja Garson, of the UK Youth Climate Coalition, reports in this guest post on a growing letter-writing campaign that urges the energy minister to ban fracking.

Something always has to give. And amidst ongoing tension relating to fracking in the UK, campaigners at the UK Youth Climate Coalition (UKYCC) are determined to show that it will not be their resolve, nor that of local communities.

As the UK Government pushed fracking through despite community and political opposition, UKYCC in October sent a letter calling for a meeting with Claire Perry, the Minister of State for Energy and Clean Growth.

However, since the Minister declined this opportunity to hear informed youth and community perspectives on the social and environmental impacts of drilling for shale gas, citing a ‘heavily committed’ diary, the UKYCC campaign has grown in energy.

People all over the country have been invited to sign a letter which calls for a ban on fracking. Every signature (the number currently stands at 425) lines up another letter to be delivered by UKYCC to Westminster. 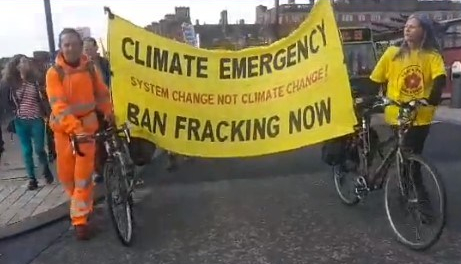 In recent weeks, the campaign has gained the support of a range of voices.

“We’ve been to the Preston New Road fracking site and heard the concerns of local people, as well as people from around the country.

“And these concerns are justified: both lived experience and scientific research show that fracking is incompatible with a healthy future for communities and climate.”

What’s more, this is also an issue of democracy. In November, over 850 councillors and elected representatives, including 71 Conservatives, signed an open letter against the government’s plan to fast-track fracking without the consent of local communities.

“Residents should have the say on what happens in their local communities. I strongly oppose any attempts to remove local decision making that might allow fracking by permitted development.”

Despite this opposition, recent words from Claire Perry show that she is not intending to reconsider her stance, reaffirming government support for the industry. In response to Cuadrilla CEO Francis Egan’s call to relax regulations that ‘strangle’ fracking, she emphasised the UK’s commitment to ‘safe’ and ‘responsible’ shale gas exploration. 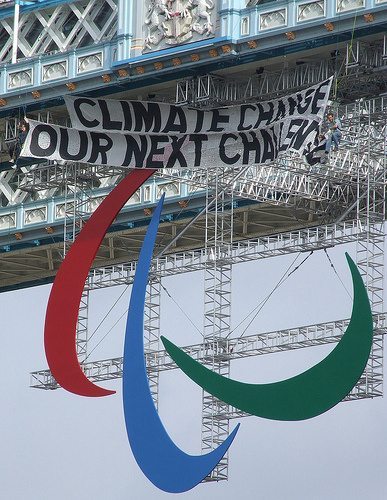 Yet fracking was temporarily halted several times between October and December 2018 after seismic activity was detected around the Cuadrilla-managed Preston New Road site.

Fracking has been blamed for contamination of groundwater, air and noise pollution and for contributing to climate change through methane leaks. Gas is not a solution, nor a bridge to a better future.

Perry’s hope that “the industry can thrive in the years ahead” highlights that short-term economic gain ties the UK’s energy policy to an unsustainable status-quo built on fossil fuels and inadequate investment in renewables.

There are many examples of the Government working to the interests of the fossil fuel industry. For instance, the National Planning Policy Framework published last year supports ‘the benefits of onshore oil and gas development’ and calls for ‘policies to facilitate their exploration and extraction’ (Section 204a) while suggesting several barriers to the development of wind energy.

As UKYCC’s Laura Candy put it:

“Claire Perry didn’t listen to peaceful protests, or to Councillors’ views. Her defence of existing safety regulations may impress some people, but nothing can make fracking safe or clean. Will Claire take notice of a flood of letters landing on her desk, all telling her that UK communities are against fracking?”

While the answer to this question is uncertain, one thing is clear: as long as fracking goes on, signatures, opposition and resistance will continue.

DrillOrDrop always welcomes guest posts. Please get in touch here with your ideas.