There are no circumstances in which Lancashire County Council could have a “meaningful debate” about the fracking industry, its Conservative leader has told DrillOrDrop.

Cllr Geoff Driver said even discussing fracking would put the council at risk of accusations of bias when it decided future planning applications for shale gas.

But his stand has been strongly criticised as “risible” and “nonsensical” by a resident of the Lancashire village of Roseacre, where Cuadrilla was refused permission to frack earlier this year.

Jules Burton, a Conservative voter for 46 years, has corresponded with Cllr Driver since the issue of bias around fracking arose at last week’s meeting of the county council.

The Green Party councillor, Gina Dowding, introduced a motion welcoming government action on regulation of fracking-induced earthquakes (DrillOrDrop report). Ministers have resisted industry calls for a review of the traffic light system, which requires companies to pause operations if fracking causes seismic activity measuring 0.5 magnitude or above. This followed more than 50 earth tremors induced by Cuadrilla’s fracking at its site at Preston New Road near Blackpool in autumn 2018. 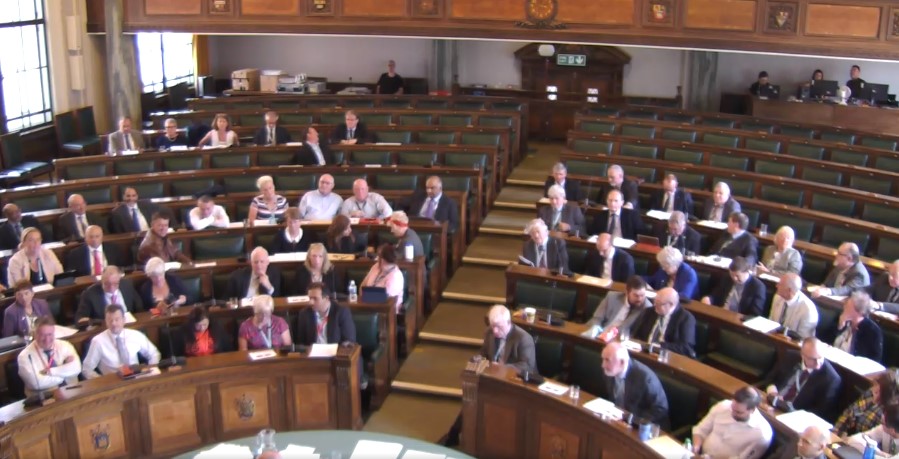 The motion had been revised after an official warned there was a risk to members of the development control committee, which decides planning applications for fracking. Current and future members could, in future, be considered to have pre-determined a decision on a fracking proposal, the monitoring officer said.

But Cllr Driver told us in an interview that the new wording of the motion didn’t help.

“I had to make a judgement myself on whether that changed my view that we needed to move on the standing order 44/1. I listened carefully to what Gina Dowding said and I decided, in my view, it didn’t make a difference.

“If that motion had gone through, even without the sentences that Gina Dowding said she was prepared to remove, the whole of it would have been part of the council resolution including the preamble. I contend there’s nobody who can read that notice of motion and not be of the opinion that it is passing an opinion on fracking.”

DrillOrDrop asked Cllr Driver when the motion could be debated in future. He told us:

“To coin a phrase, never say never. But I find it very, very difficult to think of an occasion where it could be.

“My view would be the same if somebody put forward a motion that was proposing that the county council write to the Secretary of State saying that these limits are ridiculous, that they ought to be increased in line with whatever was adopted in other countries in the world that are getting involved in fracking, if somebody had put that motion forward I would also have moved standing order 44/1.”

Asked whether there were any circumstances in which the council could debate a motion on fracking, without the risk of predetermination, Cllr Driver said:

“I can’t think of an occasion when it would be possible to debate a meaningful motion on fracking without running the risk of pre-determination.

“You can debate a motion about fracking in a general sense but once it comes to inviting the council to agree with something that is related to the fracking industry it becomes very difficult then and in my view would be more likely than not to run the real risk of predetermination.”

He said he feared a motion on fracking could lead to appeals against the council in future.

“When the development control committee considers [a planning application], they have to be, and have to be seen to be, absolutely impartial.

“If Gina Dowding’s resolution had been carried, at some stage in the future, somebody could have applied to drill or to frack and if it had been turned down for what the development control committee considered to be perfectly valid reasons the applicant could appeal and probably would appeal and would well use the fact that there’s a resolution of the council.

Cllr Driver also said he believed there could not be a meaningful debate if members of the development control committee, who knew the most about fracking, could not participate.

We asked him whether he thought this restriction on debate was a problem for democracy. He replied:

“Not at all, absolutely not. It is actually harmful for democracy if the county council starts passing resolutions that make it difficult for those bodies, in this case the development control committee, who are charged with a quasi-legal responsibility, if they are hindered in that. That is a denial of democracy.”

“Logic of the playground”

But his position has been rejected by Jules Burton, who has lived in Roseacre for 19 years and sought a judicial review against the government’s decision to reopen the public inquiry on Cuadrilla’s fracking plans in the village. 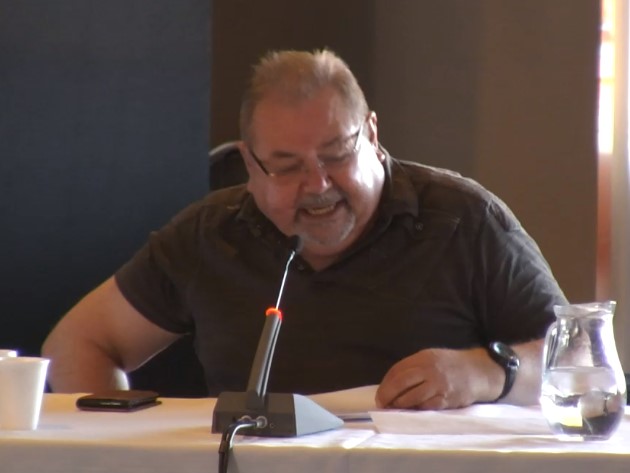 “To suggest that a body, elected by local residents, could be considered undemocratic if it allows meaningful debates is clearly risible.

“I would expect that logic from the playground. For it to come from an elected official displays a breath-taking and alarming arrogance. It is obvious that Councillor Driver feels a greater allegiance to the Tory party than to those who elected him.”

Mr Burton said all people inevitably hold opinions on a range of subjects.

“If the matter under consideration is in any way contentious, the views will tend to be more polarised.

“Councillor Driver maintains that since any member of the Council could at some point be appointed to the development control committee, no debate can take place for fear of displaying a preference.

“He appears to ignore or be unaware of the fact that all development control committee determinations must be governed by planning law.

“This is why it is immaterial if residents state that they don’t want development because they don’t like it, don’t trust it, or are concerned about what effects it may have. These are not grounds for objection, any more than wholesale approval would guarantee acceptance. Opinions must be backed up by evidence which is supported by planning guidance and law.”

Mr Burton said people in a position of trust are presumed by their office to operate without fear or favour.

“It does not matter what personal views on a matter are held, whether published or not. It would be of no consequence if the most avid and active anti-fracking advocate were on the development control committee.

“If planning law stated that, despite any personal objections, it was perfectly legal for a company to continue to frack regardless of consequence, there would be no legal grounds for that member to prevent the company’s operations. Objections could be placed on record but that would be the limit of options available.”

“Section 25 of the Localism Act 2011 clarifies that a member is not to be regarded as being unable to act fairly or without bias if they participate in a decision on a matter simply because they have previously expressed a view or campaigned on it.

“Members may campaign and represent their constituents – and then speak and vote on those issues – without fear of breaking the rules on pre-determination. Members may also speak with developers and express positive views about development.”

The guidance makes a distinction between pre-determination and pre-disposition. It says:

“Members must not have a closed mind when they make a decision, as decisions taken by those with pre-determined views are vulnerable to successful legal challenge.

“At the point of making a decision, members must carefully consider all the evidence that is put before them and be prepared to modify or change their initial view in the light of the arguments and evidence presented. Then they must make their final decision at the meeting with an open mind based on all the evidence.”