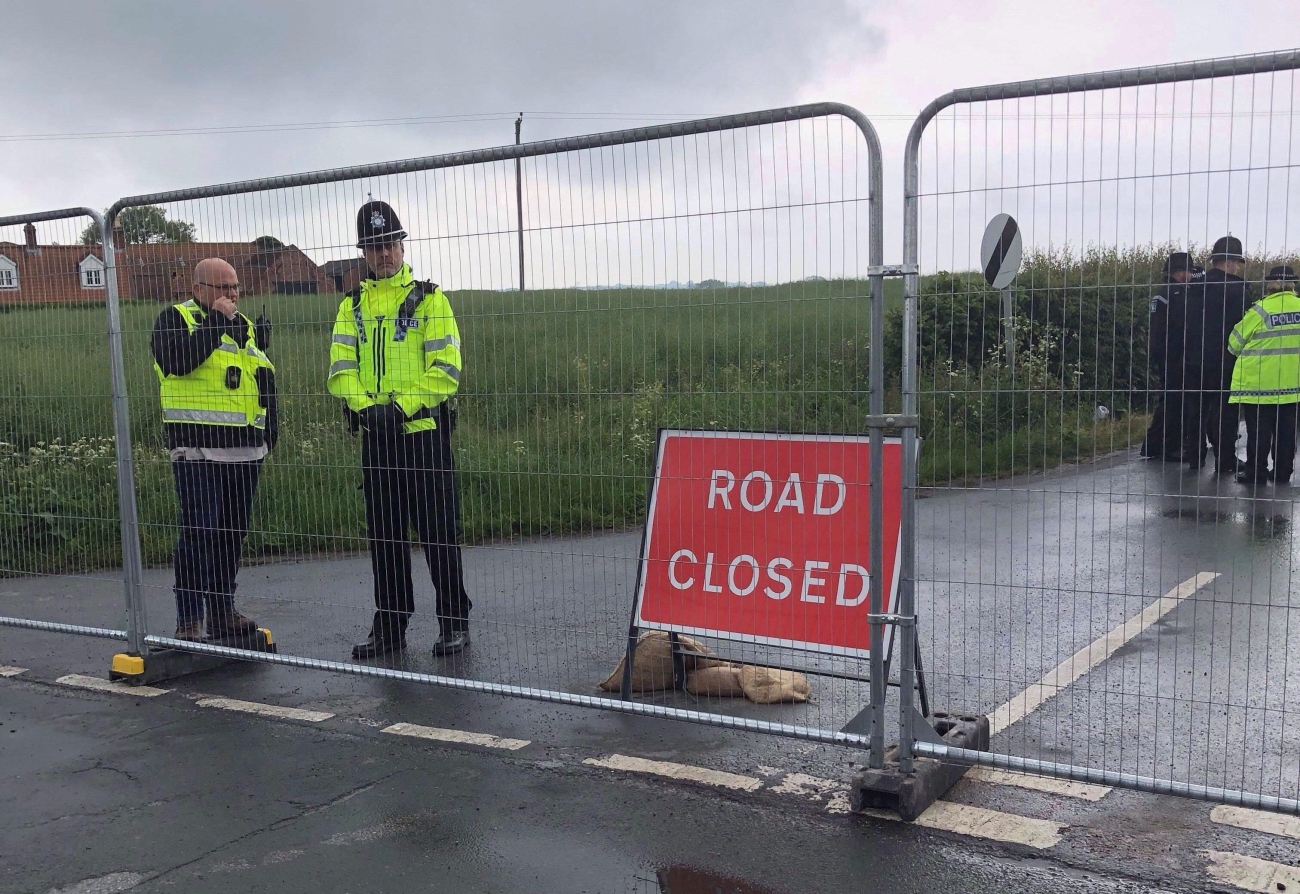 Police officers installed fencing across Piper’s Lane at about 3pm this afternoon.

A formal notice from the council, dated today, said the closure was to prevent danger to the public or damage to the road.

It also applied to Fosham Road and sections of three footpaths totalling about 100m, the notice said.

“The reason for the closure is because the Council is satisfied that the traffic on the road should be so restricted because works are being executed on or near the road and because of the likelihood of danger to the public, or of serious damage to the road, which is not attributable to such works.”

The road would be open at all times for pedestrians, the emergency services and vehicles needing access to properties directly affected, the notice said.

The closure would continue for a period of 21 days.

The West Newton has been subject to a series of recent protests.

Earlier, today, three people blocked the road by locking themselves to a device made of concrete and steel.

The protest began at 4am and the campaigners have said they would remain for as long as they could.

In a statement this evening, they complained that they had been denied the right to delay lorries delivering to the site through the practice of “slow walking”.

One of the three said:

“When the government declare a climate emergency and then act like nothing is happening, we have to act, don’t we?

“I have been denied my lawful rights to slow this industry down by peaceful means and I have witnessed biased policing that supports industry not community.

“So what can be more peaceful than sitting here and not being able to be moved?”

This is the fourth protest in less than a fortnight outside West Newton.

On 1 June, a person glued themselves to the road. Two people locked their arms together in a tube across the access road on 3 June. They were released by a specialist police team at about 2am on 5 June.

Later that day, a man climbed onto a lorry leaving the site and stayed for 27 hours.

There have been a number of arrests. DrillOrDrop is waiting for details of charges from Humberside Police. This report will be updated when we receive this information.

Rathlin Energy is currently drilling a second well at West Newton to explore for both oil and gas. DrillOrDrop’s West Newton page