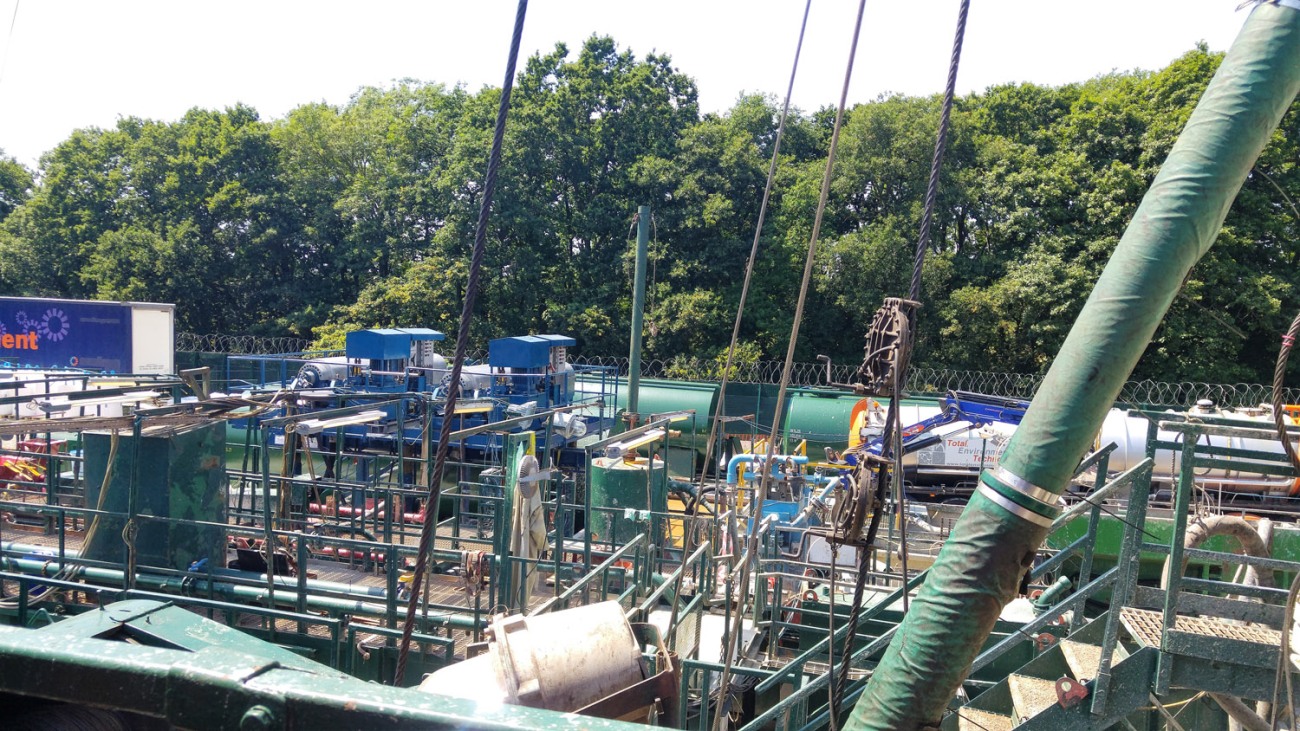 In a separate development, the Scottish Government has extended the initial phase of a shale gas licence for a second time, despite a preferred position against fracking.

DrillOrDrop has learned that a licence held by UK Oil & Gas (UKOG) in West Sussex and Surrey moved into the final or production term on 1 July 2019.

But so far, UKOG has not drilled a productive well in the area. There also appears to be no field development plan for production.

The licence, PEDL234, was granted in 2008. A UKOG subsidiary, Kimmeridge Oil and Gas Limited, began drilling an oil exploration well at Broadford Bridge in West Sussex in May 2017.

In June 2017, the company announced a successful recovery of rock core and in July “highly positive ground-breaking results”. 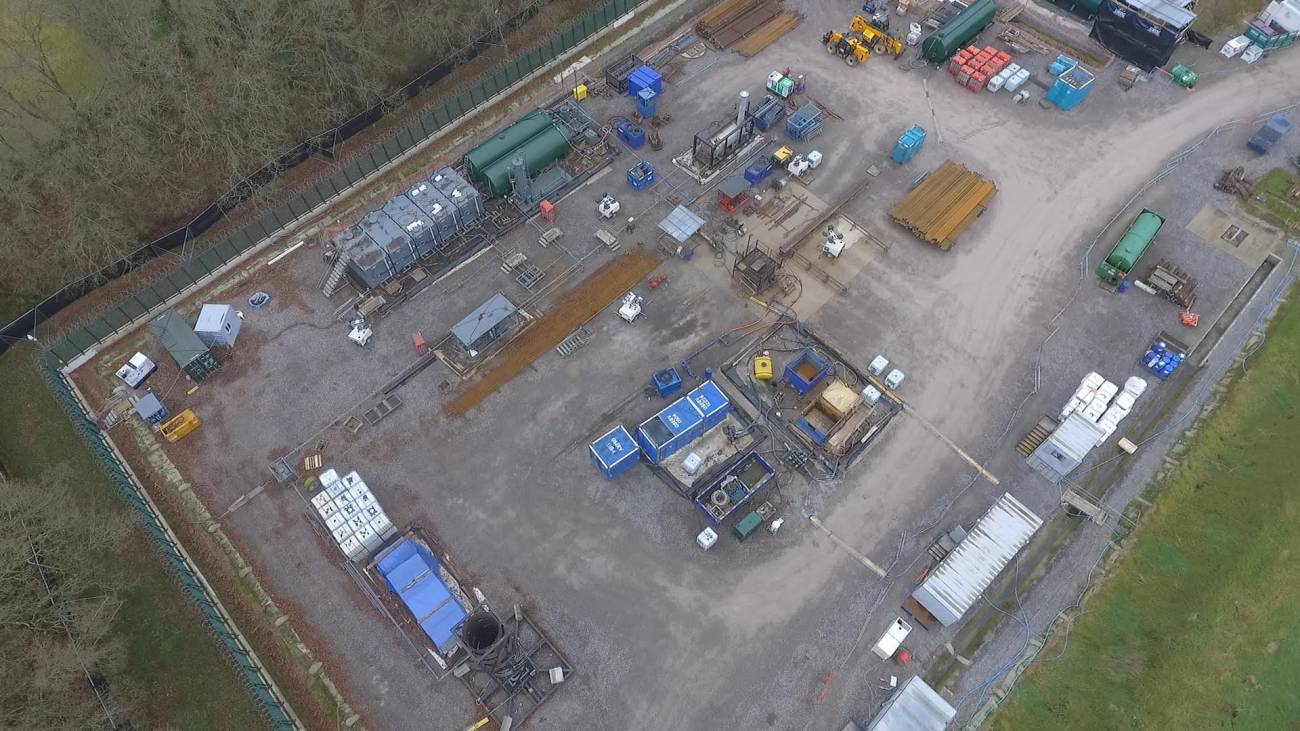 But a month later, DrillOrDrop reported evidence that a mechanical sidetrack had been drilled to avoid problems in the wellbore. One section of the well had to be abandoned because of wash out zones.

In October 2017, UKOG announced cement bond problems. In December 2017, the company said a section of the reservoir was unproductive because of low permeability.

The Broadford Bridge well was suspended in March 2018 after the company described flows in the target Kimmeridge formation as “sub-commercial”.

UKOG submitted a planning application in April 2019 for another exploration well in the licence area, at Loxley, near Dunsfold in Surrey. But progress through the planning system could be delayed because the company recently gave notice of a second application for the same site with an alternative access track. A decision on the original Dunsfold application is not expected until at least August 2019.

PEDL234 has moved into production apparently without a field development plan, in what seems to be against official guidance.

UKOG is not required to submit a field development plan for the licence area until December 2023 – well into its production term.

“a licence will expire at the end of its second term unless the OGA has approved a field development plan.”

The OGA describes the field development plan as the “support document for the OGA’s development and production authorisations”.

The movement of PEDL234 also appears to be against the Petroleum (Production) (Landward Areas) Regulations 1995.

Schedule 3, section 5 (2) says licences can continue after the second or appraisal term if the secretary of state has either approved or served a programme of work on the licensee.

A spokesperson for the local community group, Protect Dunsfold, said:

“The Loxley planning application seems to be asking to restart exploration, as well as pioneer new methods, chemicals and “stimulation techniques”.

“It seems very wrong that, at a decision point where the process says the license expires or transitions into production but only with a fully agreed Field Development Plan, this license becomes a 20 year production licence while the operator pleads for exploration permission.

“When the PEDL system was introduced the phases were time-limited for a good reason, to limit the blight on the area while exploration is carried out but now that protection, inserted into the process by parliament, is being thwarted by questionable decisions by the OGA.”

Are there other “non-productive” licences?

The OGA told DrillOrDrop it did not publish details of which term licences were in. But it said the expiry dates of licences were updated on an online database, as they were agreed.

At the time of writing, this database has details of nine licences, including PEDL234, where the appraisal or second term is said to have expired on 30 June 2019. The licences are included in the updated list of work programmes so they have not been rescinded or quashed.

Of the nine licences, operators of five, in addition to PEDL234, appear not to have drilled successful oil or gas wells.

We asked the OGA whether these licences had in fact moved to production and how this was justified without drilling successful wells.

“In accordance with the licence conditions, and having agreed Retention Area Plans, these licences have continued into their third terms.

“Being in the Third Term of the Licence does not entitle the Licensee to any different regulatory requirements than in the Initial or Second Term.

The Scottish government has confirmed that it has extended for a second time the initial exploration phase of a shale gas licence held by Ineos Upstream and Reach Coal Seam Gas.

This phase of the licence had been due to expire on 30 June 2019. But the companies had asked for an extension.

In a letter sent last week, the Scottish Energy Minister, Paul Wheelhouse, said PEDL162 had been extended for another 12 months.

“It would have been a dereliction of our responsibility as a competent licensing authority not to consider the request for an extension, taking into account all the relevant factors.” 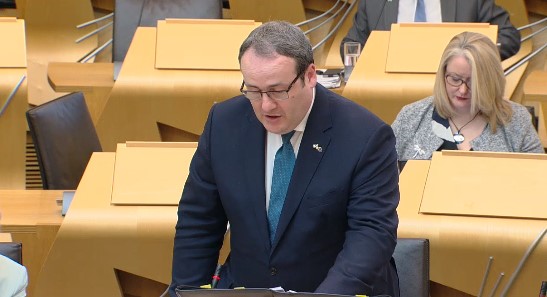 The Scottish Government has a “preferred policy position” not to support unconventional oil and gas extraction in Scotland. That remains unchanged, Mr Wheelhouse said:

“No local authority can grant planning permission for any proposed fracking or coal bed methane project without advising Ministers, which then permits us to call the application in and we would defer any decision on any planning application … until the policymaking process on our preferred position is completed.”

A consultation closed last month on a Strategic Environmental Assessment and Business Regulatory Impact Assessment on the policy. The licence extension would “allow a period of time for the conclusion of the policy-making process and the licensees to consider their position in the light of the finalised policy”, Mr Wheelhouse added.

The Ferret news website reported disappointment in the extension from Friends of the Earth Scotland, Scottish Greens, the Broad Alliance of community groups opposing fracking and the campaign group, Frackwatch.

Ineos and Reach took unsuccessful legal action in 2018 against the Scottish Government policy.

Angus Energy has reported that the second term of its Balcombe licence, PEDL244, in West Sussex has been extended for a further year, until 30 June 2020.

The second phases of other licences, also due to expire last month, also appear to have been extended to 2020, according to the OGA database. These include PEDL164 in west Lancashire, PEDL165 in the Fylde and PEDL200 in north Nottinghamshire.