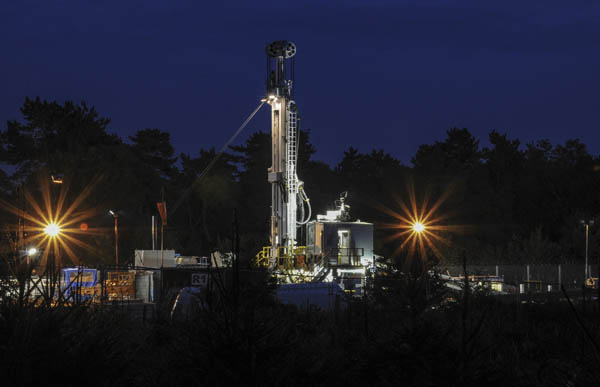 In a statement to investors, the company said a planning application would be submitted to the county council on Wednesday 2 October 2019.

“There has been a small delay to the timetable for submission of Planning Application for Balcombe.

“This is due to the special care which we are taking on this Application in terms of procuring all conceivable environmental reports and engaging in preliminary community liaison.  We are pleased nonetheless to have this step completed.”

The statement said Angus did not intend to use hydraulic fracturing. It said it was seeking to test the flow of oil from a limestone reservoir within the shale.

Opponents of the company’s operation have long argued that oil in the limestone won’t flow commercially without stimulation. 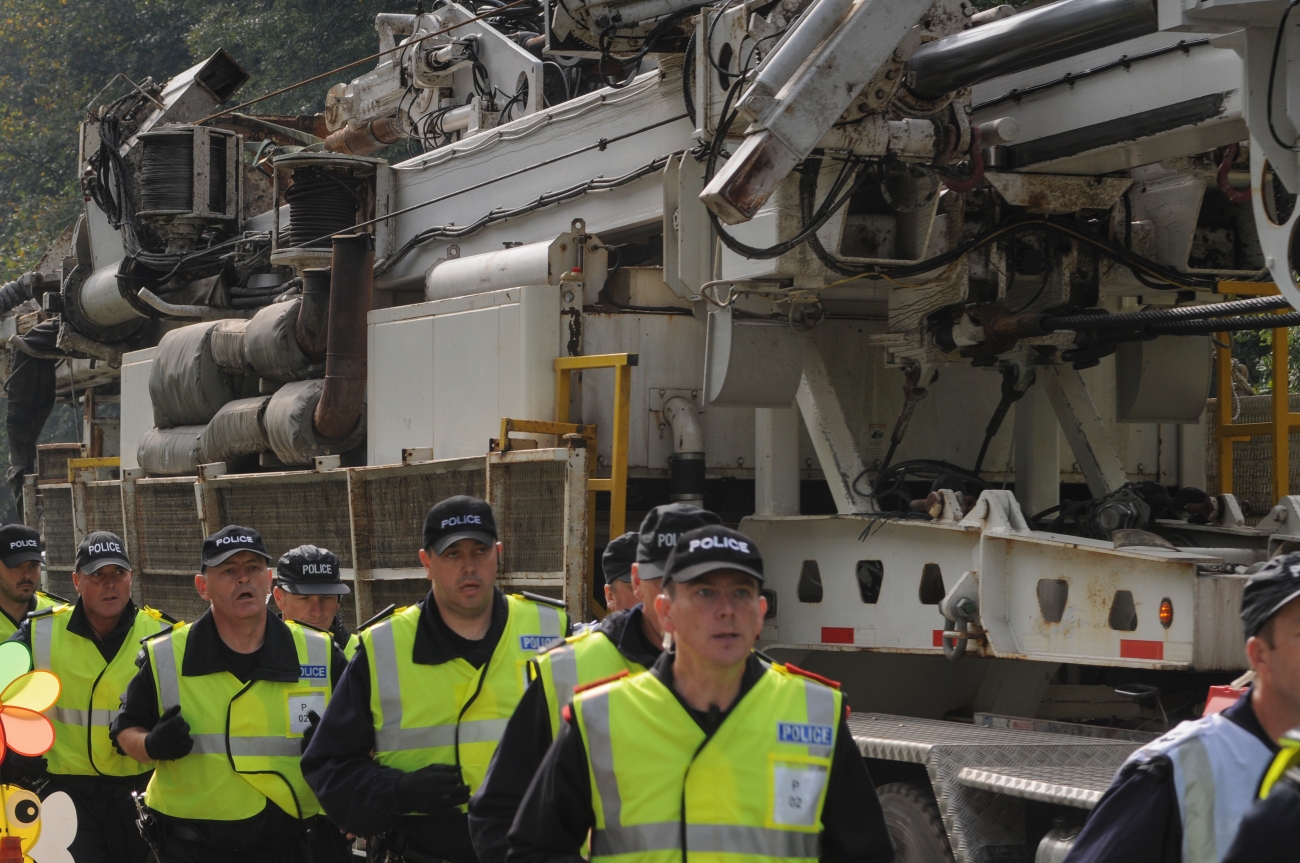 Removal of equipment from the Balcombe oil site on 25 September 2013. Photo: Alamy/David Burr

It is almost exactly six years ago today that Cuadrilla cleared the Balcombe site after drilling a well but failing to test it. DrillOrDrop Balcombe key facts and timeline

Operations in 2013 attracted three months of protests and 125 people were arrested. 45% of these people were either cautioned or had their cases discontinued before court.

After Cuadrilla left Balcombe in 2013, no work beyond maintenance was carried out at the site until just over a year ago.

On 24 September 2018, Angus Energy announced the start of a short-term flow test.

But within eight days, the company said it had encountered unexpected water and ran out of time to do more than two tests. It later said that the water was unrecovered brine from previous activities at the site.

In advance of the new planning application, Angus is required to post a notice under Article 13 of the Town and Country Planning (Development Management Procedure) Order 2015.

This obliges people proposing to apply for planning permission for mineral working to inform formally the owners or tenants of land to which the application relates.

Under the order, the notice must be displayed for not less than seven days in the period of 21 days immediately before the application is made.

This procedure does not replace any public consultation period of a formal planning application.