The exploration site at West Newton, north of Hull, has more oil than previously estimated, investors in the site said today.

Reabold Resources, which recently increased its stake in the West Newton operator to 59%, said:

“We are now thinking about West Newton as an oil field with a gas cap on top”.

According to a statement released this morning, a re-evaluation puts estimated oil in place in the Kirkham Abbey reservoir at between 146.4 million barrels (base case) and 238 million barrels (upside case).

Mr Williams described these figures as “substantially higher” than pre-drill estimates. These had been based on a 2017 report assuming most of the resource was gas, he said.

“We now know that the bulk of the resource is oil and we’re thinking about this predominantly as an oil development.

“That both enhances the value, because the equivalent volume is worth more if it is oil, rather than gas, but it also means the project is easier to get to the production. It’s an easier development concept and it speeds up the ability to monetise it via production.”

Union Jack Oil, which has a 16.665% interest in the West Newton licence, said in a statement:

“The results of the Operator’s analysis confirm that the estimated in-place hydrocarbon volumes at West Newton comprise a significant proportion of liquids, which represent a material increase over and above those figures provided by the existing CPR [competent person’s report].”

“We are looking at an onshore project with potential offshore resources, and to date, West Newton is demonstrating the elements required to become a significant conventional hydrocarbon development project in the future.” 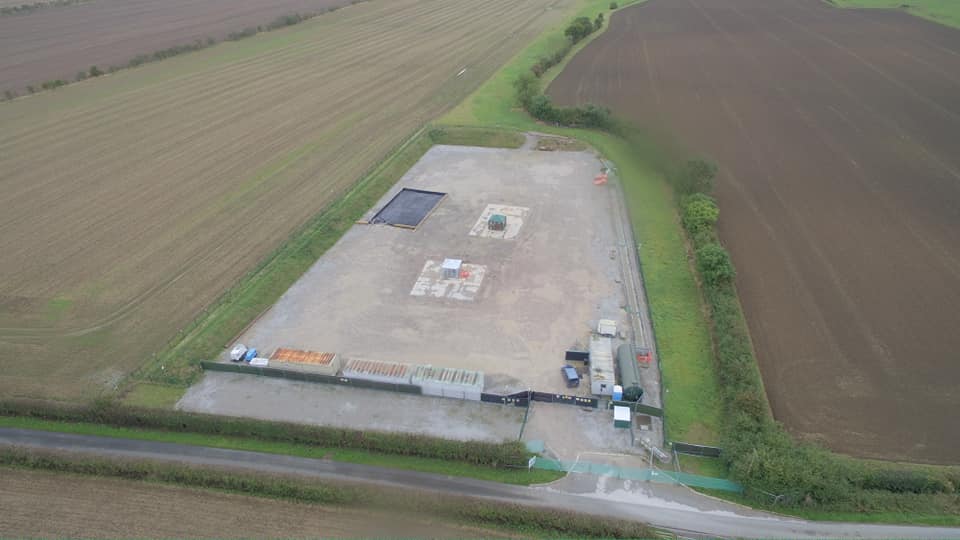 Flow testing on the second well at West Newton was suspended at the end of August after about three weeks. Equipment was removed from the site.

The site operator, Rathlin Energy, confirmed to local residents recently that the testing programme had been designed for a gas prospect. The oil reservoir could not be fully evaluated. A pump would be needed to recover oil and other liquids from the wellbore.

A second site in the area, to be called West Newton-B, has planning permission but has yet to meet pre-work conditions (see DrillOrDrop report). Reabold said work to drill and test two wells at West Newton-B was full funded.