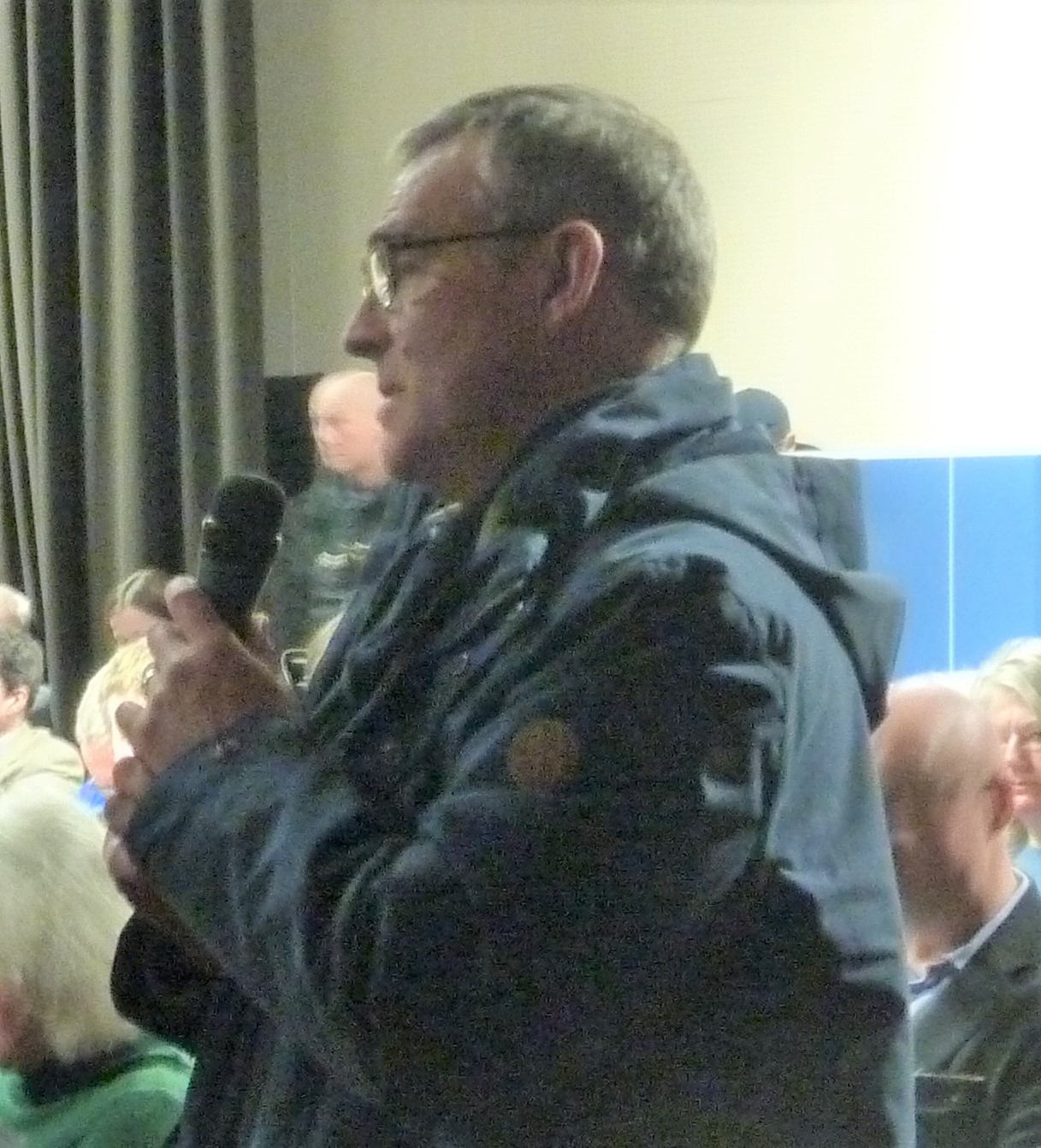 Alan Linn speaking at a meeting in Pickering on 8 March 2018. Photo: DrillOrDrop

The chief executive of Third Energy, the Yorkshire gas production company, has resigned after just five months in the job.

Alan Linn was appointed in July 2019 after the Third Energy group, previously owned by Barclays, was sold to York Energy UK Holdings Limited, an associate of an American company.

Mr Linn, a fellow of the Institution of Chemical Engineers,  joined Third Energy in 2017. He was the chief operations officer before heading the company and had been a director since January 2018.

They also confirm the appointment as a director of Shaun Zablocki, Third Energy’s operations manager.

Mr Zablocki, who was educated in Scarborough, has worked for the Yorkshire gas production business for more than 10 years.

His Linkedin profile said he was appointed in July 2007 as a production operator at  the Knapton Generating Station when it was run by Viking UK Gas Ltd. He became production manager of Third Energy in January 2016.

A spokesperson for Third Energy said in a statement today:

“Third Energy is pleased to announce that Shaun Zablocki, who has worked for the company for twelve years, has been appointed Operations Director.”

The spokesperson said a new chief executive had not been appointed.

In autumn 2017, it looked as if Third Energy would be the first company to frack in the UK for more than five years. The company received planning permission in 2016 to frack an existing gas well at Kirby Misperton in Ryedale.

But government approval was delayed because company accounts had not been filed. Ministers also ordered a financial resilience test. There has been no announcement that Third Energy passed the test and the Kirby Misperton well, KM8, has not been fracked.

In summer 2019, Mr Linn told the community liaison group at Kirby Misperton that Third Energy was now focussing on conventional gas over fracking.

But last month, he said the company had long-term aspirations to start fracking at six of its eight sites in the area. He told the Yorkshire Post:

“We have got eight sites in the Vale of Pickering. Six of them are potentially viable for fracking – there are two in the North York Moors which wouldn’t be.

“We will develop that [shale] gas at a point in time when all the regulations line up and the current issues with seismicity are resolved to everybody’s satisfaction. We can develop those resources for the country but we don’t want to be investing money that we can’t get a return on.

“Maybe the time is not right to move ahead today. It might be in a year or two years.”

According to Companies House, the three Third Energy companies are again late filing their annual accounts.

The two other directors of the Third Energy companies are Paul Savage, the company secretary appointed in January 2018, and Russell Hoare. Mr Hoare, appointed at the time of the sale to York Energy, is also a director of Ukraine Independent Energy Limited.