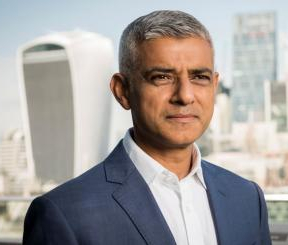 The document, which will shape planning decisions in London for the next 20-25 years, included a policy to:

There are currently no exploration licences for oil or gas in London. A report by the British Geological Survey concluded there was “no significant Jurassic shale gas potential in the Weald Basin”.

Despite this, Mr Khan said he was “strongly opposed to the exploration and production of shale gas in London”.

He said he considered it “vital” to have a London-wide planning policy on fracking and that his proposed policy, SI11, was justified. He said:

“it is important to emphatically preclude exploration and development of any reserves that do exist.”

He said the policy was consistent with legislation and the government’s position:

“The Mayor considers that the policy is necessary to continue to guarantee that hydraulic fracturing will not negatively impact London into the future.”

A London Plan without policy SI11 would be inconsistent with strategies to be zero carbon by 2050 and to meet the capital’s energy needs from low carbon electricity, Mr Khan said.

“It is important that there is a clear position on hydraulic fracturing in the London Plan so that proposals do not undermine this, particularly given the technology to develop and implement carbon capture and storage does not yet exist.”

Mr Khan was responding to the recommendation of a panel of three inspectors who had examined the draft London Plan. The panel’s report concluded that the policy on fracking was “unnecessary”.

The report said the Mayor’s concerns about dust, noise, visual intrusion, traffic and lighting from fracking related to most large urban areas:

“Given the support in national policy [for shale gas development], they provide inadequate justification for the approach taken.

“The policy and the reasoned justification should be deleted in its entirety.”

The inspectors said SI11 provided “a blanket restriction on the exploration, appraisal or production of shale gas via hydraulic fracturing within London”.

“the approach would be fundamentally inconsistent with the direction of national policy, which sets out the need to explore and develop shale gas and oil resources in a safe, sustainable and timely way.”

The policy would also “restrict the assessment of development proposals on a case by case basis”, the inspectors said.

He suggested that written ministerial statements supporting shale gas but issued before the government’s 2050 target of net zero carbon emissions should now be given less weight.

He also cited the government statement on the moratorium on fracking announced in November 2019. This said it was not possible to predict accurately the probability of tremors and that unacceptable impacts on local communities could not be ruled out.

The final version of the London Plan is due to be published in March 2020.