The figure is a new low in support for the process, down from a high of almost a third in 2014.

The level of opposition to fracking also fell in this survey, from a record high in September 2019. 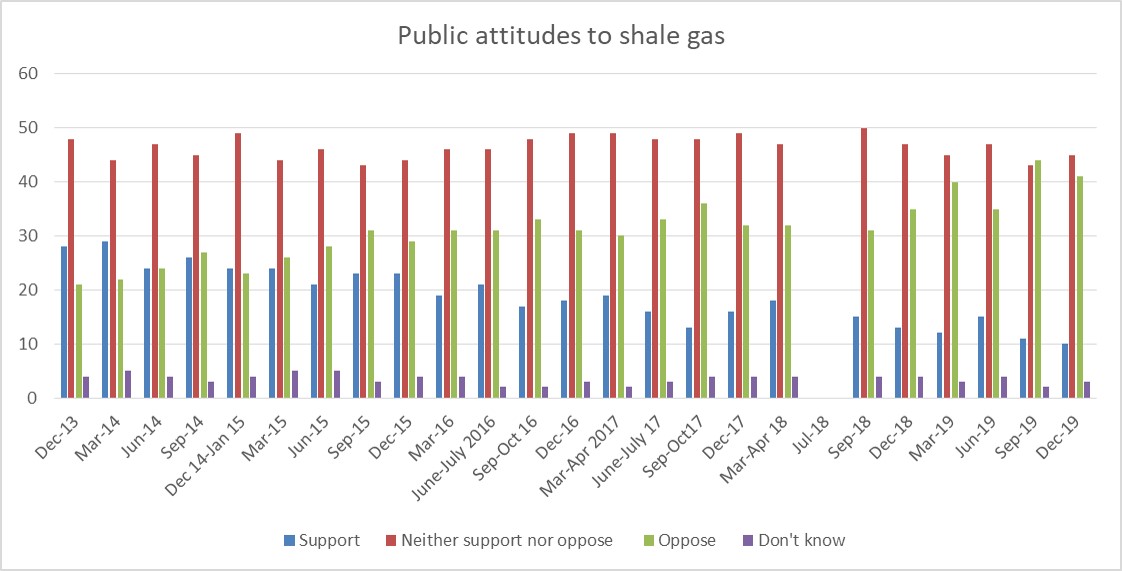 The research, for the Department of Business, Energy and Industrial Strategy (BEIS), was conducted in December 2019. It was the first of these surveys to be carried out after the government announced an immediate moratorium on fracking following concerns about fracking-induced earth tremors.

The proportion of people who said they strongly supported fracking remained at 1%.

The highest ever level of support for fracking was recorded in March 2014 (29%) and the highest level of strong support was in December 2013 (6%).

Why do people support fracking?

In the reasons given to support fracking, there were increases for May result in cheaper energy bills.

Total opposition to fracking in December 2019 was 41%.

Opposition to fracking, according to the survey, was higher among older age groups.

Half the participants in the survey aged 55 and over opposed fracking.

Opposition in all other regions was 40% or below. Opposition was lowest in London at 26%.

Strong opposition was 16%, down three percentage points on the previous survey (19%), a record high.

Why do people oppose fracking? 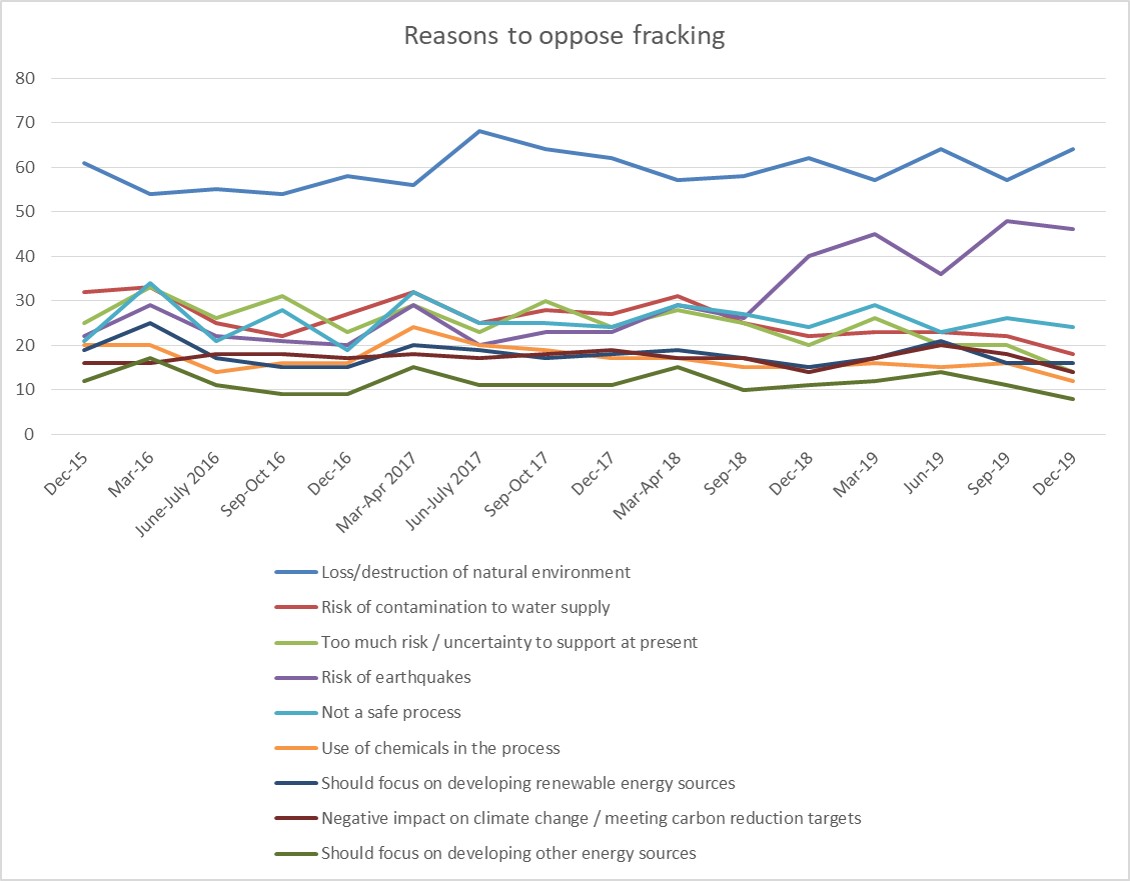 Concerns about loss or destruction of the natural environment remained the largest reason given to oppose fracking. It rose to 64%, up from 57% in the previous survey.

The risk of earthquakes saw a large increase in the previous survey following seismic activity induced by fracking at Cuadrilla’s Preston New Road site in August 2019. The December 2019 survey recorded a fall of two percentage points to 46%.

Reasons including Too much risk/uncertainty, Not a safe process, Use of chemicals and Negative impact on climate change also saw falls.

“The more you know, the less you like it”

The survey found that among people who said they knew a lot about fracking, 72% opposed and 16% supported.

People who said they knew less about fracking were more likely to say they neither opposed nor supported.

Total awareness of shale gas remained unchanged at 78%, the figure recorded in the previous five surveys.

According to the survey, awareness of fracking was highest among:

People living in London were least likely to be aware of fracking (55% compared with 73% or more in other regions.

The gap between support and opposition has narrowed slightly to 31% (down from a record gap of 33% in September 2019). But it was nine points wider than the 22% recorded a year earlier.

People who said they neither supported nor opposed rose slightly to 45%. This was up two percentage points on September 2019’s record low.

The proportion of people who said they neither supported nor opposed was back again as the largest percentage.

The main reason for neither supporting nor opposing fracking was again not knowing enough about it (78%).

The proportion who said “don’t know” was up one percentage point to 3%.

All charts use data from the Wave 32 survey by the Department of Business, Energy and Industrial Strategy