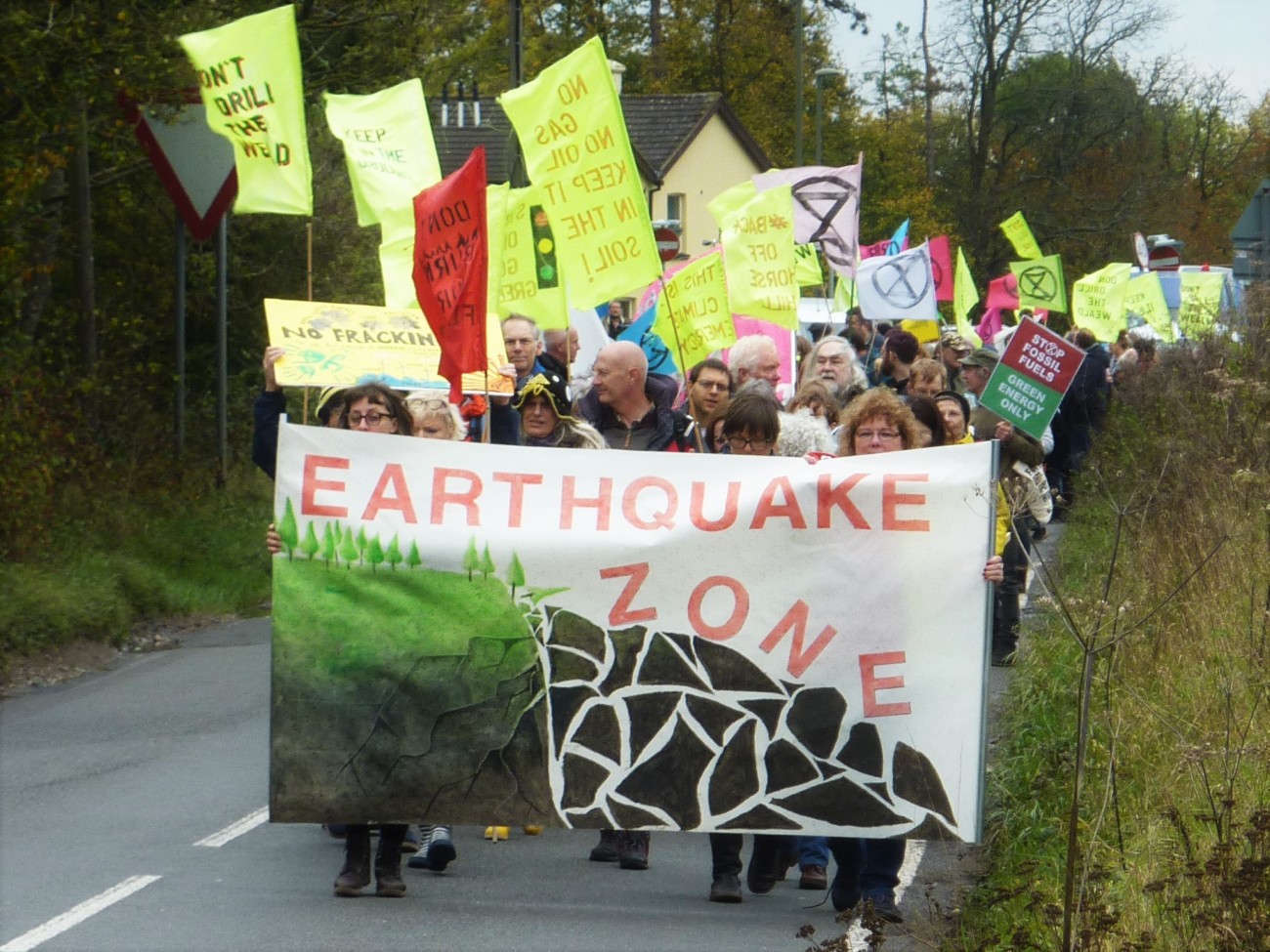 The campaigners said they were taking action following a landmark judgement in the Court of Appeal.

That ruling, in a case brought by the fashion retailer, Canada Goose, said interim injunctions against “persons unknown” should be “time limited”.

UKOG’s injunction, granted more than 18 months ago, was against several classes of “persons unknown”.

The five opponents, who live near the UKOG sites in Sussex and Surrey, sought to challenge the injunction in 2018, along with Friends of the Earth.

Today, the campaigners said the Canada Goose case vindicated their argument that companies such as UKOG should “stop misusing court procedures to get wide orders against lawful protesters through the unfair device of persons unknown”.

“Following on from a Court of Appeal ruling in the Canada Goose case, we are now applying for UKOG’s claim against persons unknown to be struck out and the injunction discharged”.

“If UKOG want to continue with this injunction against protests at Horse Hill and Broadford Bridge, they will have to identify all those people they can prove have or are likely to get involved in unlawful activity so they have an opportunity to defend themselves in court.

“We will insist that UKOG need to start again with a properly constituted set of proceedings and demonstrate to the court that this order is needed plus identify those to whom it applies”.

Yesterday, DrillOrDrop reported on a move by UKOG to add 116 people to its injunction following a direction from the High Court on the Canada Goose ruling.

UKOG said the individuals added to the injunction had taken part in what it described as “unlawful acts”. Of the new people, only 26, or less than a quarter, were named. The rest were described from images, some in quite vague terms.

Almost half of the people listed were alleged to have taken part in slow walking protests. This widely-used protest technique against the onshore oil and gas industry has been tolerated or facilitated by some police forces. Many people charged with obstruction involving slow walking protests have been acquitted in the criminal courts. The Court of Appeal struck out sections of an injunction granted to Ineos that related to slow walking.

UKOG has revised part of its injunction in line with the Ineos case to remove orders relating to protests against supply chain companies.

Ann Stewart, speaking on behalf of the five campaigners, said:

“The scope of a ‘persons unknown’ injunction is far too wide and is a deterrent to peaceful protest.

“The Canada Goose judgement has confirmed that these blanket injunctions are a violation of human rights and this approach cannot be applied to ‘persons unknown’ to stifle everyone’s freedom to protest”.

“Now that UKOG have been directed by the court to identify all defendants, it is clear that lawful protesters are being added for doing no more than turning up to express their opposition to the fossil fuel industry.”

The next hearing in the case is due on 2 April 2020 at the Rolls Building, Fetter Lane, London EC4A 1NL. Update: We now understand this hearing is to be conducted by phone

A trial, to decide whether the UKOG interim injunction should be made permanent, is due in late 2020 or early 2021.