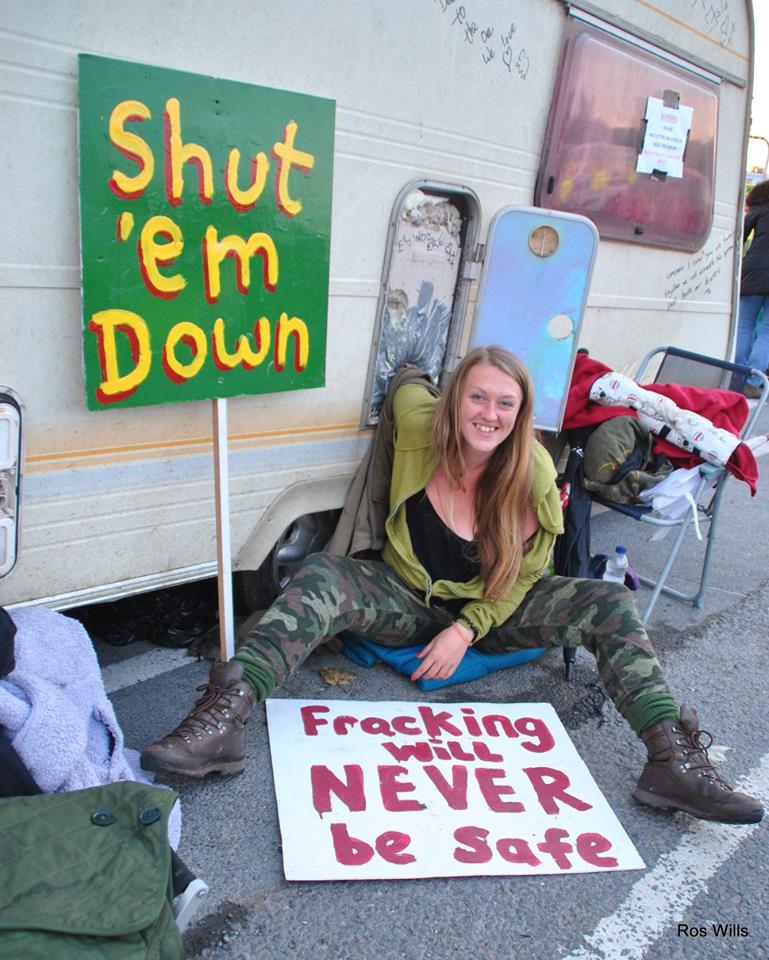 The trial of 12 anti-fracking campaigners who parked a caravan in front of Cuadrilla’s shale gas site has been abandoned.

The case had been expected to go to Preston Magistrates Court on Monday (22 June 2020), more than two years after the incident.

But the Crown Prosecution Service wrote to the defendants yesterday to say that the charges in the case had been discontinued.

“The decision to discontinue these charges has been taken because a prosecution is not needed in the public interest.”

A CPS official said the trial would not now go ahead. 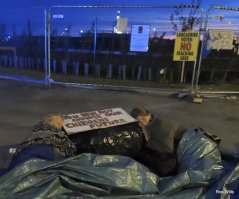 Opponents of Cuadrilla’s shale gas operation at Preston New Road near Blackpool parked a caravan in the site entrance and locked themselves to it. The site access was blocked to some vehicles for 41 hours.

There were multiple delays to the case coming to court. One defendant died during the preparations. Monday’s hearing was also thought to be in doubt because of the coronavirus outbreak.

One of the defendants, Tina Rothery, who had been charged with wilful obstruction of the highway, said today:

“The burden of this case on our shoulders all this time has been a heavy weight, as it would be for any concerned resident who had to resort to this sort of activity in order to safeguard our children, community and environment.

“A ‘day in court’ would, of course, have been an opportunity to again make clear the disparity between what is justifiable and what is perceived as criminal.

“The law is used as a stick to beat campaigners when influential, government-supported industries crash their way into unwilling communities. This waste of public resources is an abuse and a mockery of justice. Cuadrilla did not tell the truth of potential consequences when they applied for planning and then went on to not only breach planning but cause the earthquakes we were protesting about. The bad behaviour was always from them.

“I’d go so far as to request a ‘thank you’ from the government and justice system for what we did to prevent harm and court cases that would have come from those harmed. Would we do it again? Of course.”

This was one of the last major court cases arising from the near-daily protests outside Preston New Road, which began in January 2017 and continued until fracking was suspended after earth tremors in August 2019.