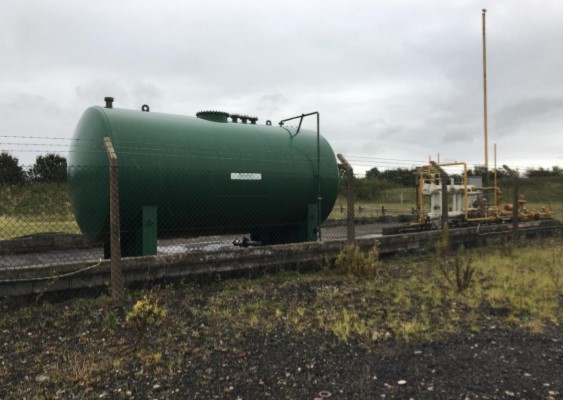 The life of a suspended gas well, described by its operator as dry, was extended today by councillors in Lancashire.

Cuadrilla’s Elswick site near Blackpool has not produced gas for seven years and the production licence is due to expire in 2023.

Councillor Paul Hayhurst, who lives in Elswick, told the county council’s development control committee he had met Cuadrilla on a monthly basis over the last few years:

“They have always told me this well is dry. So, I don’t know why suddenly they have decided that they want to extend the usage of this well. I’ve got to put a big question mark as to their reasons.”

But the committee voted by six to four with two abstentions to allow Cuadrilla another five more years until 2025. The decision was subject to the company coming to the next committee meeting with a satisfactory traffic management plan.

The committee chair used his casting vote to defeat a separate proposal to delay the decision. 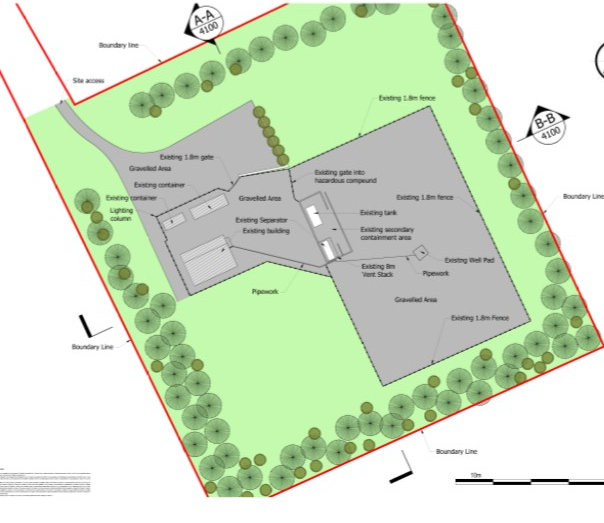 The meeting of the committee, held by video link, heard that Cuadrilla wanted to do maintenance on the Elswick well, which first produced in 1998, and replace an existing unit which generates electricity from the site’s gas.

Cuadrilla said in a statment:

“The development would generate a small but welcome economic benefit at the current time.”

It said the work required was modest, would not involve hydraulic fracturing and the application accorded with national and local planning policies.

The company said production of gas from the UK created less than half the pre-combustion greenhouse emissions compared with imported liquified natural gas.

There were no objections to the time extension from the Environment Agency, Fylde Borough Council or the council’s highways department.

But there were strong objections from parish councils representing Elswick and Treales, Roseacre and Wharles. A public consultation received more than 70 objections, mostly from people or groups living in Elswick and on Roseacre Road which would be used as an access route. Many of the objections were about highway safety, climate change, seismicity and pollution.

A submission from Elswick Parish Council gave as its reasons:

“The impact on the highways will be severely detrimental and that the facility has not been utilized in seven years.

“There are additional issues with the proposal of possibly up to 40 heavy goods vehicles accessing the site on a regular basis. There are several blind corners in the village.

“There are 2 children’s play areas, one of which has a blind egress point directly on to Roseacre Road.

“There is a proven case that the viability of accessing Thistleton Road from the A585 is not feasible without noticeably crossing lanes to obtain a turning angle.”

A resident from Roseacre Road refuted a suggestion by planners that there had been no complaints about the Elswick site. There had been problems over noise and use of the access track, the resident said.

In 2015, Lancashire County Council refused Cuadrilla’s application to drill and frack up to four wells at a nearby site off Roseacre Road.

The council and the Secretary of State said the proposed lorry route, which would have carried 14,000 heavy goods vehicles, was unsafe.

But council officials said the Elswick site, which would use part of the same route, would generate just 900 lorry movements over five years.

Of these, about 800 would be linked to plugging the borehole and restoring the site.

A report to the committee said:

“There are clear differences between the current proposals and the Roseacre Wood application.

“The traffic movements associated with the well maintenance and installation of the new generator for the current application are low and it is accepted that site restoration will have to take place anyway. The additional movements from this proposal can be suitably managed through the implementation of a Traffic Management Plan.”

The committee heard that a traffic management plan could include specified routes, a signing strategy, limiting the number of lorry movements by hour and day, restrictions on when deliveries were made, and requirements for onsite monitoring, driver training and an escort vehicle. The council would also require a highway condition survey.

Planning officer Jonathan Haine said the site had already been developed and the new operations would be screened by existing landscaping. There would no visual or ecological impacts, he said. Noise from the site would be controlled by conditions and any air pollution would be regulated by environmental permits for the new gas engine.

On climate change, he said government policy did not seek to cap gas extraction and argued that continued gas could assist in a transition to a low carbon economy.

Cllr Kevin Ellard said the application was incomplete and a decision should be deferred until the traffic management plan had been produced.

“The committee members quite rightly had serious concerns over the absence of a Traffic Management Plan and the inherent dangers additional HGV vehicles, on these narrow country lanes, would bring as was brought to light in the Roseacre Wood application.

“Surely it would have been much more sensible to defer the decision, as suggested by Cllr Ellard, until a proper TMP had been submitted also allowing time for a site visit by the Committee to see the dangers for themselves, and then be reviewed and decided on by the Committee.

“It is accepted that, in order to restore the site at some point, HGVs will be required. But under the terms of existing expired planning permission, this site was supposed to have already been restored by now – something LCC could have insisted on.

“Call me cynical but I still do not understand why only now, after seven years of no production at all, Cuadrilla would suddenly decide to spend money on a new generator (and associated equipment) when they do not know if there is any gas and, if there is, how much.

“We suspect this is more about Cuadrilla having to show they are doing something in licence EXL269 to avoid it being taken off them by OGA. Up until today, their danger was that they were doing no development activity, or even had any planned, in EXL269. It may be they deliberately submitted a planning application, which extended beyond their current licence period, so they can go back to the OGA in 2023, when their license expires, to show that they have planning permission for work until 2026 and ask for a licence extension.”