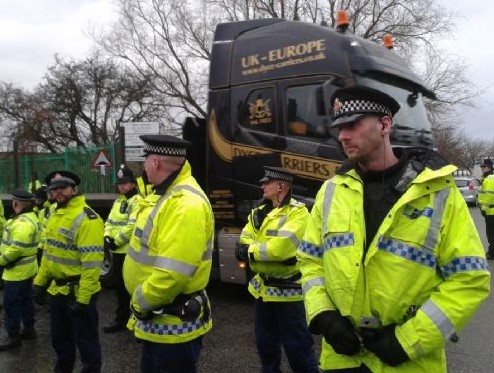 Address: Land to the east of M62, north of Barton Moss, Irlam, Salford

By this date, the cost of the Barton Moss policing operation had reached £1.7m and resulted in 231 arrests. There were 77 formal complaints against Greater Manchester Police.