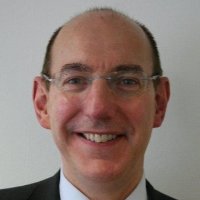 Academics, a gas industry representative, a climate change adviser, a peer and a regulator will be giving evidence to the parliamentary inquiry on the environmental risks of fracking. Our report on the inquiry

Opponents of drilling near Leith Hill in the Surrey Hills Area of Outstanding Natural Beauty are preparing for another round in their long-running fight with Europa Oil and Gas.

Catch up on the headlines with our quick review of fracking and onshore oil and gas news from 2014. Click here for our more detailed month-by-month round-up of the year, with links to posts and source material.

An oil well drilled in the South Downs National Park in 2010 could be abandoned because the companies behind it have given up their exploration plans for the area. The decision follows a study which found there was little prospect of finding shale oil or gas.

In October 2014, we posted a list of local authorities that have debated motions on fracking and onshore oil and gas drilling. Lots of readers found it useful and some asked for it to be updated. Here’s the latest version. Please let us know if there are councils […]

The latest amendments to the Infrastructure Bill seek to require the government to take account of the cumulative effects of fracking on a local area. They also propose to prevent drilling without the landowners’ consent at depths above 1,000m.

Two Sussex MPs have tabled amendments to remove all the clauses on fracking and oil and gas drilling from the Infrastructure Bill.

A Conservative backbencher has challenged the Prime Minster to change the regulations that allow fracking companies to self-monitor their operations.

A government report quoted by ministers as reassurance that fracking is safe has been criticised as inadequate and its conclusions unsubstantiated and misleading.