A High Court judge in London will rule later this month on whether a residents’ group can challenge permission granted by Lancashire County Council for a fracking monitoring scheme in the Fylde.

Campaigners in the Fylde area of Lancashire are asking people across the UK to help it fight Cuadrilla’s fracking appeals. They say the result of the appeals will set a precedent for fracking applications across the country.

As expected, Cuadrilla is to appeal against the refusal of its two applications to frack in the Fylde area of Lancashire. Campaigners said the appeals  disregarded local democracy and would put further pressure on residents.

Fracking refusal: pictures from outside Lancashire County Hall in Preston 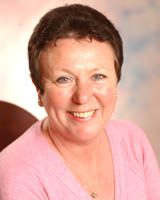 Fracking refusal: What the councillors said about the vote on Preston New Road

Cllr Paul Hayhurst, Independent County Councillor, Fylde West, member of development control committee Last week we were put under intense pressure which was giving us no option but to approve the application. We had further information over the weekend and we have been able to turn it down. […]

Fracking refusal: What the supporters of Preston New Road said

Cuadrilla, the operator of the proposed sites We are surprised and disappointed that Lancashire County Council’s Development Control Committee has denied planning consent for our application to explore for shale gas at Preston New Road, particularly as their decision follows a positive recommendation by the Council’s Planning Officers.  […]

Fracking refusal: What the opponents of Preston New Road said

Pat Davies, Preston New Road Residents’ Group “Absolutely ecstatic. The community can breathe again. This has had a huge impact on peoples’ lives. We are delighted the committee have spent enough time considering this. I am delighted that Cllr Green was the voice of reason. We also owe […]

Cuadrilla’s bid to frack in the Fylde stalled today as Lancashire County Councillors refused a second planning application. In a wider margin than expected, the council’s development control committee voted by nine to three with two abstentions to reject the scheme to drill, frack and test up to […]

Keep in touch here with what’s happening at the Lancashire County Council committee that is deciding Cuadrilla’s application to frack at Preston New Road. Updates as they happen. 12.15 The cabinet member for planning, Cllr Marcus Johnson, who voted against refusal, said he stood by the decision of […]