A shale gas industry in the UK would be concentrated on a smaller number of sites than happens in the US, the chief operating officer of IGas told the Shale UK conference this morning. John Blaymires said: “We are never going to develop shale gas in the way […]

Summary of recent activity, applications and decisions on UK onshore oil and gas. The list is organised alphabetically first by country, then county and site. (Spool down for Northern Ireland, Scotland and Wales.) 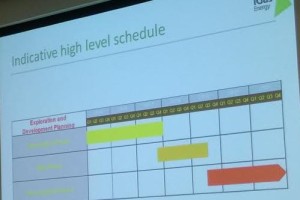 The UK has so much onshore shale gas it would have offshore operators licking their lips, the chief operating officer of IGas told an industry conference this morning. But John Blaymires, speaking to the Institution of Mechanical Engineers, said meaningful production was unlikely before the end of the […] 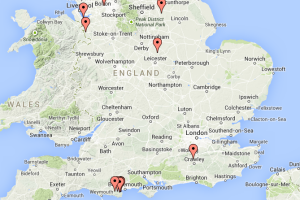 A UK fracking industry could be dominated by overseas companies that fly in staff and equipment and take their profits home, a new business group has warned.

Our digest of last month’s news about fracking, shale and onshore oil and gas developments from the UK and around the world including: IGas spuds well at Ellesmere Port; seismic testing near Chester; new drilling plans for Kent Ineos announces £640m investment in shale and faces community backlash […]

IGas issued a statement this morning saying an earlier announcement about the share dealings of its chief executive, Andrew Austin, had been “full and correct disclosure” under market rules.

Our digest of last month’s news about fracking, shale and onshore oil and gas developments from the UK and around the world including: IGas unveils plans to increase drilling in South Downs National Park and Surrey Report finds Cuadrilla’s plans for Fylde already causing anxiety and stress Bianca […]

IGas, the company behind controversial gas drilling at Barton Moss in Salford, is planning to expand its operation in the South Downs National Park with two new exploration sites.