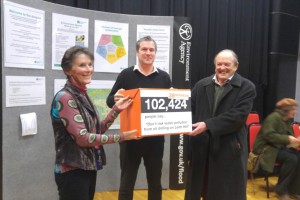 A play about a campaign against fracking, which sold out every performance at Chichester Festival Theatre earlier this year, is to go on a regional tour.

More than 10,000 people have booked to see a play at Chichester Festival Theatre about reactions to fracking plans in a fictional village. All 33 performances of the new work by Alistair Beaton have sold out more than three months before it opens.