The company behind a West Sussex oil exploration well, where drilling began on 29 May 2017, has threatened legal action against a local campaign group. 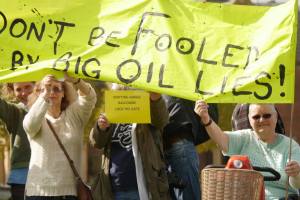 Opponents of oil exploration at a site in West Sussex have called for an immediate stop to work after the drill rig was installed yesterday.

About 150 people heard calls last night to object to oil drilling, expected in the next few weeks, at a farm near Billingshurst in West Sussex.

Campaigners are stepping up their opposition to an exploratory oil site near Billingshurst in West Sussex with a warning: beware the no-frack promise.