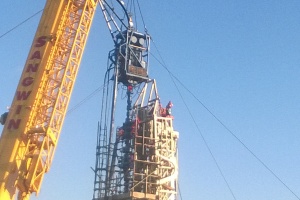 Could your area be drilled under the new oil and gas licences?

On 18th August 2015, the government announced the first set of oil and gas exploration licences to be awarded in England for seven years. The 27 licences are mainly in the east Midlands, south Yorkshire and Lincolnshire. But they also cover small areas in Lancashire and north Yorkshire. […] 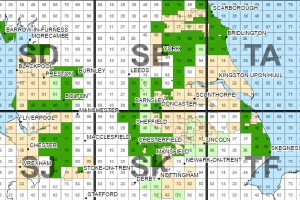 Three key areas account for most of the first new onshore licences to explore for oil and gas announced today by the government. Of the 27 unveiled at lunchtime, eight are in Lincolnshire, nine in Nottinghamshire/Derbyshire, and four between Sheffield and Leeds. 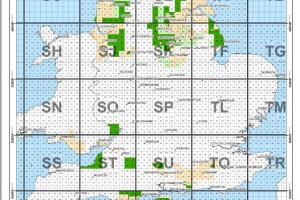 Within the past few minutes, the government released a map of the new onshore oil and gas licences. Link to the map More details soon

14th round: first oil and gas licenses to be announced in August

The Government has announced a timetable for releasing the results of the 14th round of onshore oil and gas licences. A statement on a government webpage (see section headed First tranche of awards) says the awards will be announced in two sections, starting next month. The release of […]

Transcripts of parliamentary questions and debates on fracking and onshore oil and gas for the week ending 26th June 2015. Subsidy cut for wind but increased for fracking Community gets last say on wind but not for fracking Fracking concerns in Falkirk Fracking and the planning system Licences […]

Our digest of last month’s news about fracking, shale and onshore oil and gas developments in the UK and around the world, including: Infrastructure Bill gets royal assent and government accused of breaking promise on fracking conditions Wales imposes moratorium on fracking planning applications and government devolves oil […]

Sussex businesswoman, Beki Adam, reflects on her conversation with her neighbour, the Conservative MP for East Worthing and Shoreham Tim Loughton, at Wednesday’s lobby of parliament on the Infrastructure Bill and fracking access I pointed out to Tim Loughton that in the very same building we were meeting, […]

Transcripts of parliamentary questions, answers and debates on fracking and onshore oil and gas for the week ending 28th November 2014 This week saw an adjournment debate on fracking called by Norman Baker, MP for Lewes – see Our special report and Full transcript of the debate Also questions […]