Events diary – November 2018 and beyond

Guest post by Eilidh Robb: The anti-fracking movement is not just about fracking

Eilidh Robb, communications coordinator of the UK Youth Climate Coalition, describes in this guest post how she discovered that defence of democracy is at the heart of the anti-fracking campaign.

Anti-fracking campaigners gathered outside Cuadrilla’s shale gas site near Blackpool early this morning for the start of what was advertised as a mass camp and 48-hour blockade. 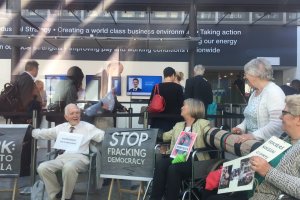 Five grandparents, aged 63-82, are taking part in an anti-fracking protest at the Department of Business, Energy and Industrial Strategy in central London. 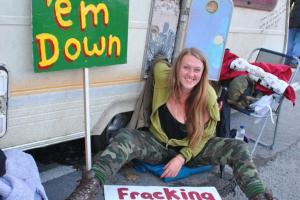 The shale gas company, Cuadrilla, issued a warning today at the start of two weeks of anti-fracking direct action by the national group, Reclaim the Power.

Cuadrilla has secured a 40-day injunction against protests at its fracking site near Blackpool.