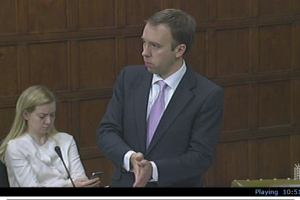 The pros and cons of Cuadrilla’s proposed planning applications in the Fylde area near Blackpool are being discussed in the letters page of the Lancashire Evening Post. As the decision date for the applications approaches, here’s a series of letters, against and in support of the plans, published in […] 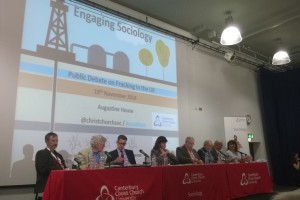 Update on the progress of the Infrastructure Bill: Report Stage in the House of Lords The government has blocked the early creation of a sovereign wealth fund from shale gas revenues. Despite favourable statements from ministers over the weekend, an amendment that would have added the establishment of […]

Transcripts of parliamentary questions, answers and debates on fracking and onshore oil and gas for the week ending 7th November 2014 Storage of flowback water and contamination by fracking Health hazards from fracking chemicals Health impact of radon in shale gas Whether fracking regulations are fit for purpose […]

A councillor for residents in the Fylde area of Lancashire, where Cuadrilla wants to frack, has called on the government to bring in tougher regulation for the shale gas industry before operations begin.

Call for action on abandoned oil and gas wells

Two environmental organisations called today for government action to ensure tax payers do not end up paying for pollution from abandoned oil and gas wells.

Transcripts of this week’s parliamentary questions and statements on: Fracking safety Labour amendments to Infrastructure Bill Public information about fracking Tax revenues With thanks to TheyWorkForYou.com

21st July 2014 The organisation representing environmental health officers has urged local authorities to prevent fracking in their areas until they are satisfied about its risks to public health or the environment.