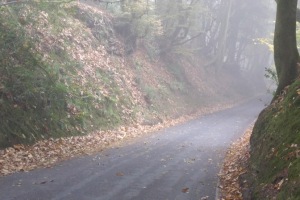 Europa’s scheme to drill for oil near a Surrey beauty spot took a small step forward yesterday with approval of another planning condition.

Supporters and opponents of a scheme to drill for oil in the Surrey Hills had their last chance today to persuade a planning inspector of their arguments.

Oil well in Surrey Hills could be UK’s fifth biggest

An oil well in the Surrey Hills Area of Outstanding Natural Beauty could be the fifth biggest onshore producer in UK, according to Europa Oil and Gas.

A hydrogeologist employed by Europa Oil and Gas said the risk of water contamination from a proposed exploratory drilling site in the Surrey Hills was essentially zero.

Campaigners opposed to drilling in the Surrey Hills said the chance of finding oil at a site near Leith Hill was small and any oil that was recovered was likely to be nationally insignificant.

The area around Leith Hill, where an oil company wants to drill, is the jewel in the crown of the Surrey Hills and deserves the highest protection, a public inquiry heard this afternoon.

A nature conservationist described the campaign against oil drilling near Leith Hill in Surrey as a David and Goliath battle.