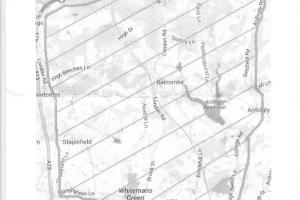 The map below shows the exclusion zone which was a condition of police bail for campaigners arrested at the Cuadrilla site in Balcombe in July. It included the railway line between Brighton and London. The police gave one campaigner arrested on July 26th a travel warrant to travel […]

A group of anti-fracking campaigners arrested at the on-going demonstration outside Cuadrilla’s drilling site in Balcombe can return to the protest after successfully challenging “unlawful” bail conditions imposed by Sussex Police. The eight men and six women had been prevented since their arrest in July from entering an […]