Good news and bad for government in fracking survey

A Europe-wide public attitude survey suggests people in Lancashire think shale gas will bring some of the benefits being promoted by the UK government. But they are also concerned about risks raised by fracking’s opponents.

The survey for the European Commission was carried out in Lancashire and 11 other European regions where shale projects were either underway or planned. Interviews were conducted in the fortnight before Lancashire County Council met to decide Cuadrilla’s planning applications at Roseacre Wood and Preston New Road in June this year.

According to the findings, more respondents from Lancashire than any of the other surveyed regions said opportunities from shale gas would include local jobs, new skills, a domestic source of energy and revenues for the local community. Lancashire was also the second highest region to say shale gas projects would attract other businesses and services. (See More on opportunities below)

But in Lancashire more respondents than any other region said challenges from shale would include earth tremors, traffic hazards, drop in property prices and negative impacts on agriculture and tourism. Lancashire was also the second highest region to identify risks to health as a challenge. The proportion of Lancashire respondents identifying traffic hazards as a challenge was more than twice that for the next highest region. (See More on challenges below)

How many people knew about shale gas projects?

Lancashire respondents were among the best informed in the survey, which is unsurprising given the timing of the interviews. 80% of respondents in the county said they had heard, read or seen information about local shale gas projects.

The only region with a higher figure than Lancashire was Nordjylland in Denmark. Awareness was lowest in Flevoland in the Netherlands.

Did they feel sufficiently informed?

Of those in Lancashire who said they knew about local shale gas projects, 43% agreed that they were sufficiently informed, compared with 54% who disagreed.

Respondents in Poland appeared to be most satisfied about their level of information. In one Polish region 58% agreed they were sufficiently well informed, compared with 38% who disagreed.

Could they express their view effectively?

Respondents were also asked about whether they were confident they could express their views effectively before decisions were made on shale gas projects. In Lancashire 49% agreed, compared with 44% who disagreed.

Slightly more respondents in regions in Romania and Poland felt they could express their views effectively but in the two regions surveyed in the Netherlands more than two-thirds disagreed.

What should the European Union do?

Respondents were asked questions about what the EU should do about shale gas developments. The current policy, of making recommendations but not adopting legislation, was the least popular in all but two regions.

In seven of the 12 regions, including Lancashire, the most popular policy option was to leave decisions on shale gas to member states. Around a quarter of respondents in most regions said the EU should regulate shale gas exploration and production.

The proportion of respondents who said there should be a ban on fracking ranged from a high of 44% in Cantabria in Spain to a low of 6% in Pomorskie in Poland. The figure in favour of a ban on fracking in Lancashire was 23%.

The survey interviewed a total of 6,000 people, 500 in each region. Participants were interviewed by phone in their mother tongue from 1st-16th June 2015.

Respondents were asked to identify which challenges would the projects raise for them personally and their region. The charts below show how responses in Lancashire compared with the other regions surveyed.The figures on the vertical axis are percentages. 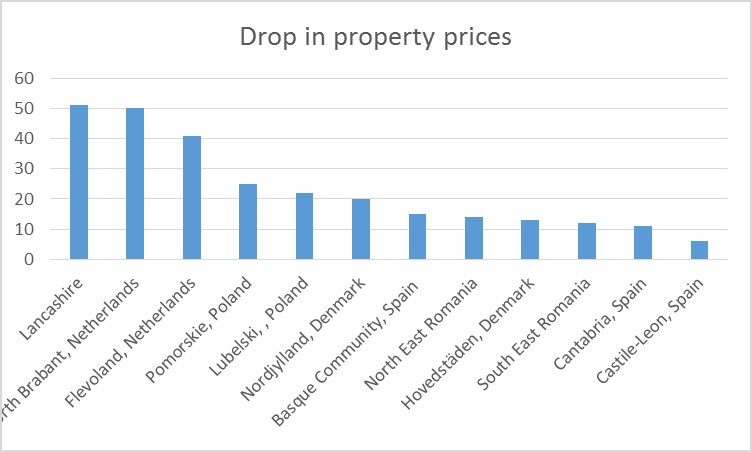 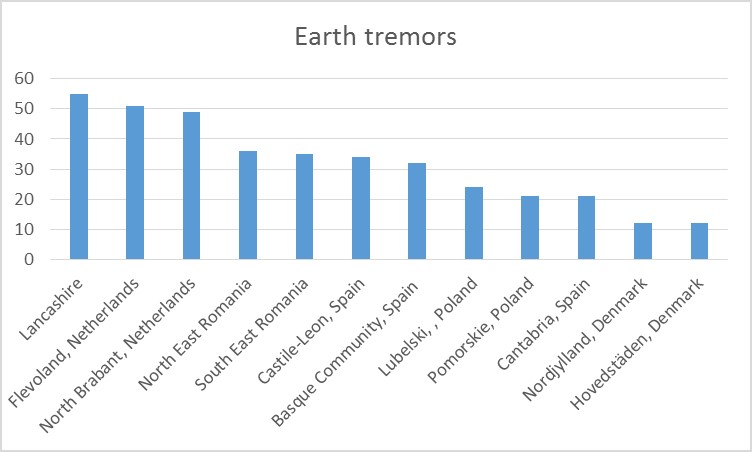 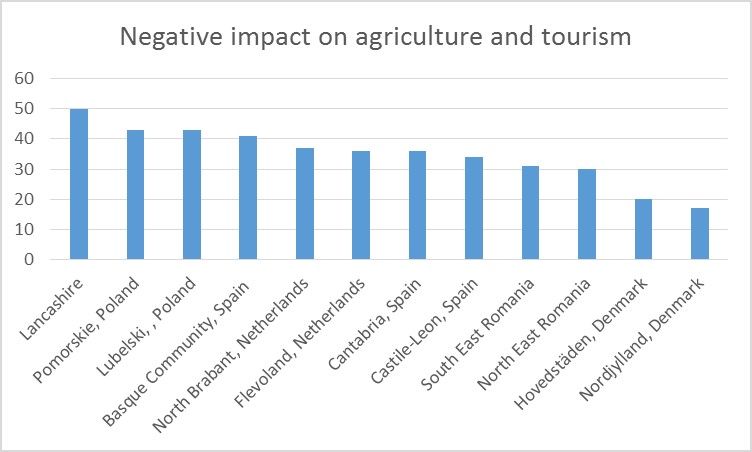 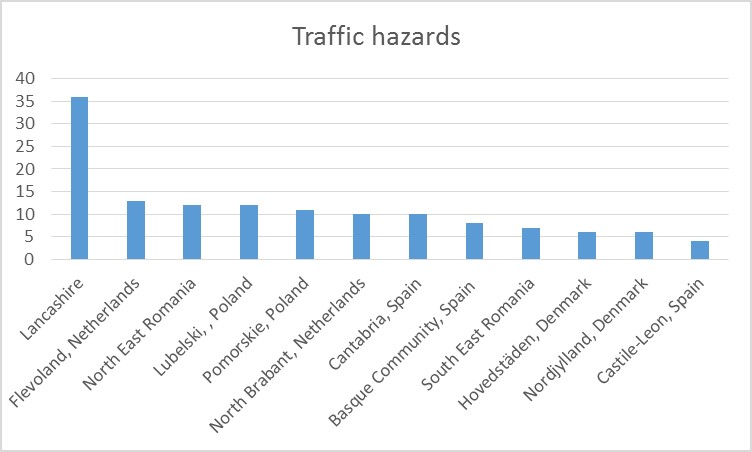 Respondents were asked to identify which opportunities would the projects raise for them personally and their region. The charts below show how responses in Lancashire compared with the other regions surveyed. 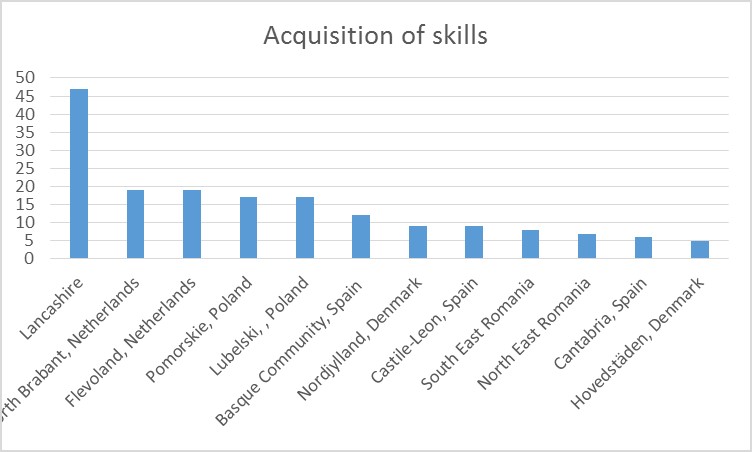