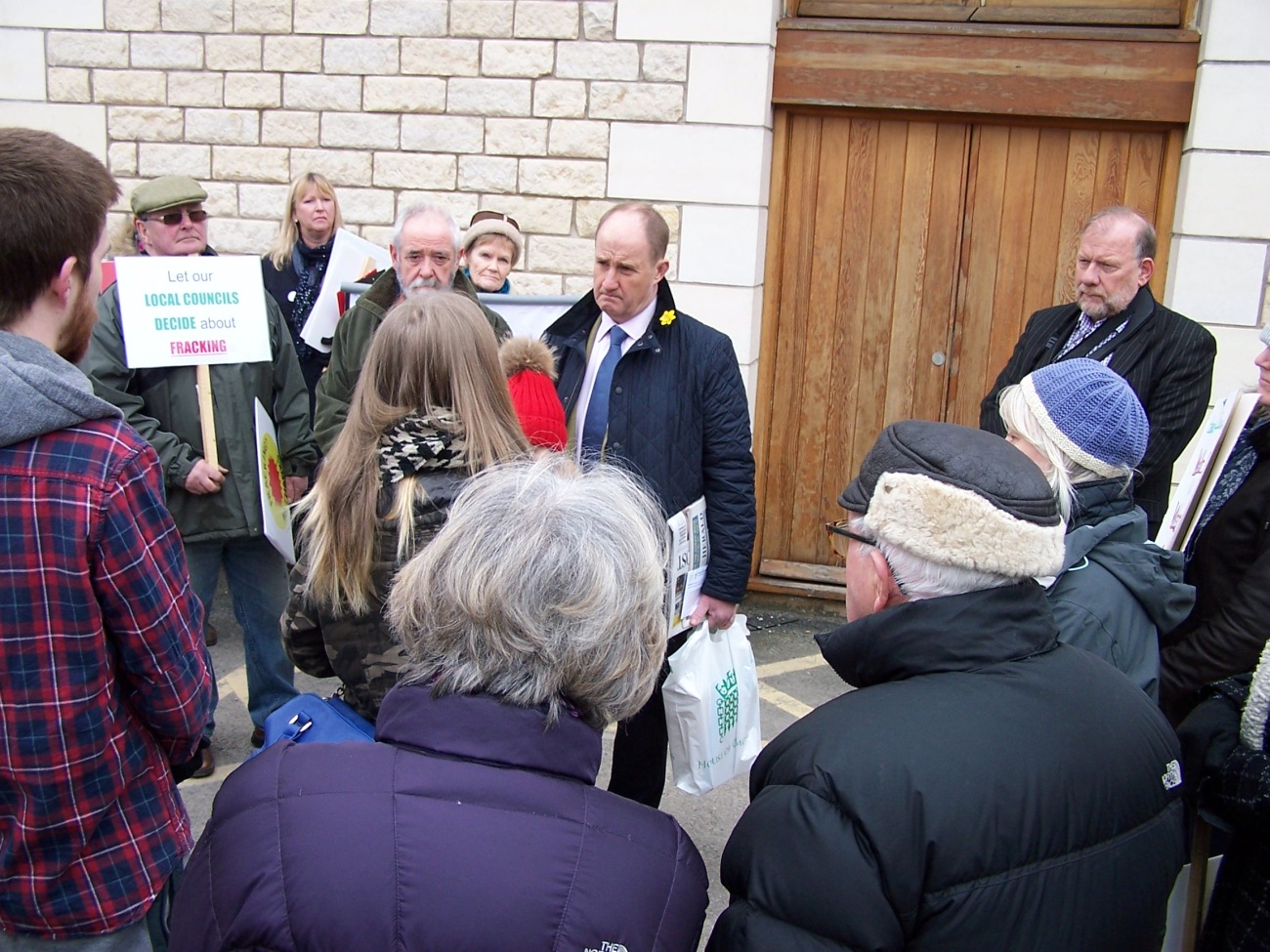 Campaigners with Mr Hollinrake outside his constituency surgery

Yorkshire residents opposed to government proposals to take over decisions on fracking confronted their MP, Kevin Hollinrake, outside his constituency surgery at the weekend.

They are angry that three senior cabinet ministers proposed in a leaked letter to strip planning authorities of the power to decide large shale gas applications by declaring them ‘nationally significant infrastructure’ projects.

They also criticised a meeting hosted by Mr Hollinrake earlier this month with representatives of four oil and gas companies that have exploration licences in Yorkshire.

Mr Hollinrake’s Thirsk and Malton constituency has more exploration licence blocks than any other in the country. An application by Third Energy to frack at Kirby Misperton is currently being considered by North Yorkshire County Council. 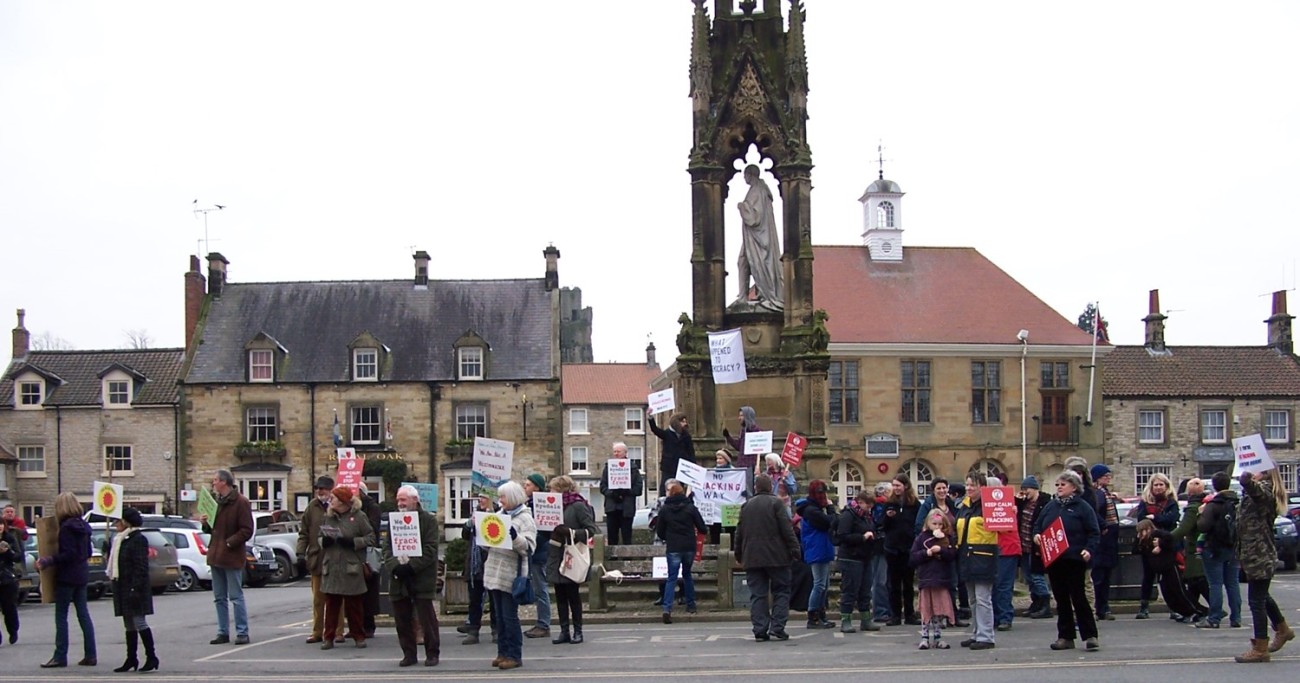 Opponents of fracking in Helmsley on Saturday

“At every turn it appears the government has stacked the odds against local people, leaving demonstrations one of our few remaining options we have to object.”

“We want our MP, Kevin Hollinrake, to stand up for our concerns, not the fracking companies”.

“The fact the Ministers can override the planning process degrades local democracy to a depth hitherto unequalled”.

Nawton resident Michael Tanner added: “Despite Ryedale District Council, all five market town councils and a large proportion of parish councils democratically calling for a moratorium on fracking, Mr Hollinrake seems determined to impose the government’s dash for gas in our rural area.”

“Even before North Yorkshire County Council has decided the outcome of Third Energy’s planning application he appears to be mapping out the areas where fracking will take place with the four companies granted PEDL licences within his constituency”.

After the meeting with the oil companies, Mr Hollinrake wrote on his website:

“It was agreed that the companies would develop clear guidelines covering all these issues and produce a pictorial or computer generated model that illustrate their plans.

“I will make sure that local people get access to this information so that they can see for themselves exactly what this will mean for the area they live in.”