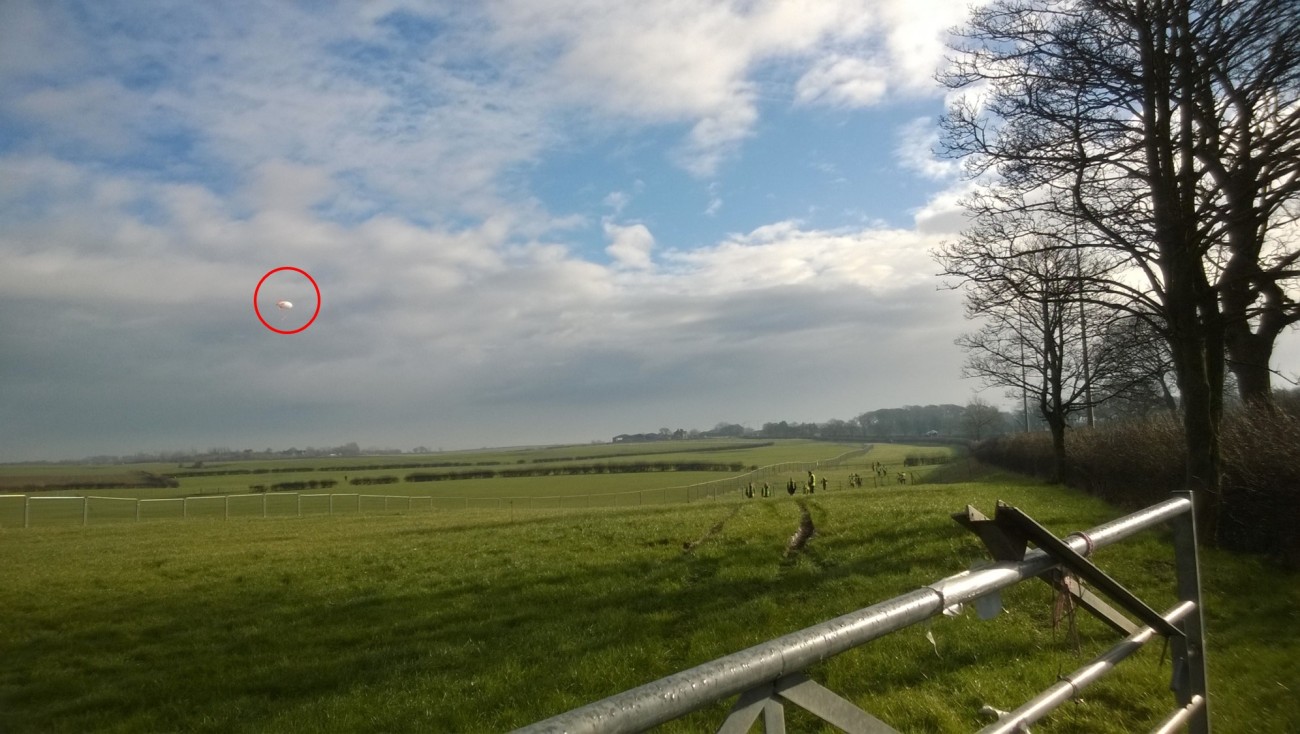 This morning, the Communities Secretary announced he was giving the go-ahead to Cuadrilla’s plans to frack for shale gas at one site in the Fylde near Blackpool.

Sajid Javid also said he was “minded” to approve a second Cuadrilla site nearby but was recalling a public inquiry before making his final decision. He said he wanted to give the company another chance to make its case on highway safety. See DrillOrDrop report on the decisions

The announcement follows Cuadrilla’s appeal against refusal of planning permission by Lancashire County Council for fracking at Preston New Road (pictured below) and Roseacre Wood. It also covered the company’s appeals against refusal of permission for a monitoring scheme at Preston New Road and the conditions attached to a similar proposal at Roseacre Wood

DrillOrDrop has compiled this guide to the Community Secretary’s decisions and the reasons he gave for them.

He upheld Cuadrilla’s appeals and allowed planning permission for:

He also upheld the company’s appeal against conditions on the monitoring scheme around Roseacre Wood.

On all three of these appeals, he accepted the main recommendations of Wendy McKay, the planning inspector who chaired a public inquiry held in February and March 2016. 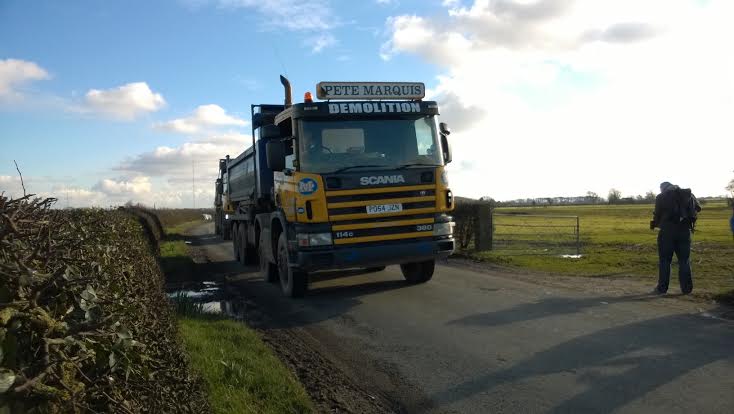 The lorry route to Roseacre wood

On the Roseacre Wood fracking appeal, Mr Javid did not accept the inspector’s recommendation of refusal on highway safety grounds.

He said the increase in heavy traffic on narrow roads near the site would:

“Result in a real and unacceptable risk to the safety of people using the public highway, including vulnerable road users”.

But he said Cuadrilla had failed to provide enough information to prove that roads could be made safe. If these problems were addressed satisfactorily, he said, he was minded to grant planning permission.

The Communities Secretary said Cuadrilla had not supported its proposals for the lorry route with a detailed analysis or assessment and it had not satisfactorily rebutted concerns about the risks.

In his formal letter he said:

“The Secretary of State wishes to give the Appellant and other parties the opportunity to provide additional evidence on this point.

“He therefore proposes to reopen the inquiry to allow the Appellant and other parties to put forward any further evidence on highway safety and for parties to respond to any such evidence.

“Subject to being satisfied that the highways safety issues identified by the Inspector have been adequately mitigated, the Secretary of State is minded to allow Appeal C and grant planning permission, subject to conditions.”

Other key issues for both sites

At both fracking sites, Mr Javid accepted the inspector’s opinion that the height of the rig should be reduced from 56m to 36m.

He said this would not cause Cuadrilla “any genuine difficulties” or place an “undue burden” on the company.

But he said the change to a lower rig for people living near both sites would be “exceedingly obvious” and the difference would “constitute a distinct and real improvement in their visual amenity”.

The Communities Secretary concluded that the Environment Agency had not left a gap in environmental controls on waste, as had been claimed by opponents at the inquiry.

He agreed with the inspector that there would not be adverse impacts from the treatment of flowback fluid or capacity of treatment facilities to deal with it. He said Cuadrilla had demonstrated that:

“All impacts associated with the production of flowback fluids by the projects would be reduced to an acceptable level.”

The Communities Secretary agreed with the inspector that neither fracking operation was likely to have significant effects on internationally important sites at Morecambe Bay and the Ribble and Alt Estuaries. The letter said:

“He is satisfied that the necessary mitigation measures have been identified and can be secured by planning condition and those measures would operate effectively and as envisaged.”

Mr Javid also agreed with the inspector that:

The way shale gas affected the UK’s climate change obligations was “a matter for future national policy and not for these appeals”, Mr Javid said.

Mr Javid said in reaching his decision he had given “great weight” to national need.

“The need for shale gas exploration is a material consideration of great weight in these appeals”.

His letter said a Written Material Statement, made by Amber Rudd in June 2015, on shale gas – widely quoted by Cuadrilla at the planning inquiry – made it clear shale gas could help the UK government achieve its objective of secure energy supplies.

The Communities Secretary agreed with the Inspector that the schemes would have no significant impact on flood risk, surface water run-off, drainage or water supplies. They would also have no material impact on exiting water supply or quality.

Mr Javid said he agreed with the inspector that the benefits to the local economy of either Preston New Road nor Roseacre Wood at the exploration stage would be “modest”.

In coming to his decision, he said he had attached no weight to the national economic benefits which could come from commercial production in future.

He also concluded there wold be no “material adverse impact” on the local economy including tourism and farming or harm to sustainable economic growth.

The Communities Secretary concluded that the local development plan was not absent, silent or out of date, also suggested at the inquiry. As a result, Mr Javid said the appeals should be decided by development plan policies, and not solely on national policy.

Environmental standards: Environmental information provided by Cuadrilla met standards required and was enough to assess the impact of the schemes.

Seismicity: “The risk of induced seismicity would be reduced to a minimum and an acceptable level and that monitoring would be effective and enforced”.

House prices and insurance: The protection of house prices or insurance were not planning issues.

Air quality and dust: There would be “no material adverse effects” on air quality or from dust.

Light pollution: The effects of light pollution would “not be unacceptable” with mitigation secured by planning conditions.

Vibration: He was satisfied there would be no material adverse impacts from vibration from the sites.

Heritage assets: Planning conditions would protect archaeological assets and all listed buildings would be preserved.

But he did not support a call for a baseline health survey of local residents or a requirement for Cuadrilla to provide information on waste treatment capacity.

Other points on Preston New Road

In making his decision, he said he had given great weight to the national need for shale gas exploration.

On landscape, the Communities Secretary said he agreed with the Inspector’s conclusion that with a reduction in rig height any cumulative landscape and visual effects would be very limited and would certainly not be of any significance.

On traffic, he said:

“The proposed development would not have a significant adverse impact on highway safety, and that safe and suitable access to the site could be achieved.”

He said Cuadrilla’s proposals had either eliminated or reduced to acceptable levels any problems caused by traffic from the Preston New Road site.

He also accepted conditions on noise levels and working hours.

Other points on Roseacre Wood

Mr Javid said the Roseacre Wood fracking proposals did not comply with local or national planning policy because of highway safety problems.

But he said apart from these concerns he believed impacts from the site could be made acceptable by planning conditions.

With a reduction in rig height, Mr Javid said landscape impacts had been reduced to “an acceptable level”.

On noise, he said he was satisfied with Cuadrilla’s assessment and that the company could meet levels set in the planning conditions. He said he also agreed that noise could be “readily monitored” and conditions, if necessary, enforced.

On recreation, he said he agreed with the inspector that the general perception of visitors about the Fylde as a holiday destination would be “little changed” by the fracking sites.

“There is likely to be some degree of economic disbenefit to local businesses in close proximity to the site, but that any such impacts would be localised and of relatively short duration. He further agrees that the social and economic impacts would be reduced to an acceptable level and the harm to the local community would be minimised.”

Cuadrilla has applied for costs against Lancashire County Council. The government letter said: “This application is the subject of a separate report”

DrillorDrop will cover this report when it becomes available.

Any challenge to the  ruling must be done by applying to the High Court within six weeks from today.

Breaking news about the announcement

Reaction from Lancashire groups and opponents of fracking around the UK