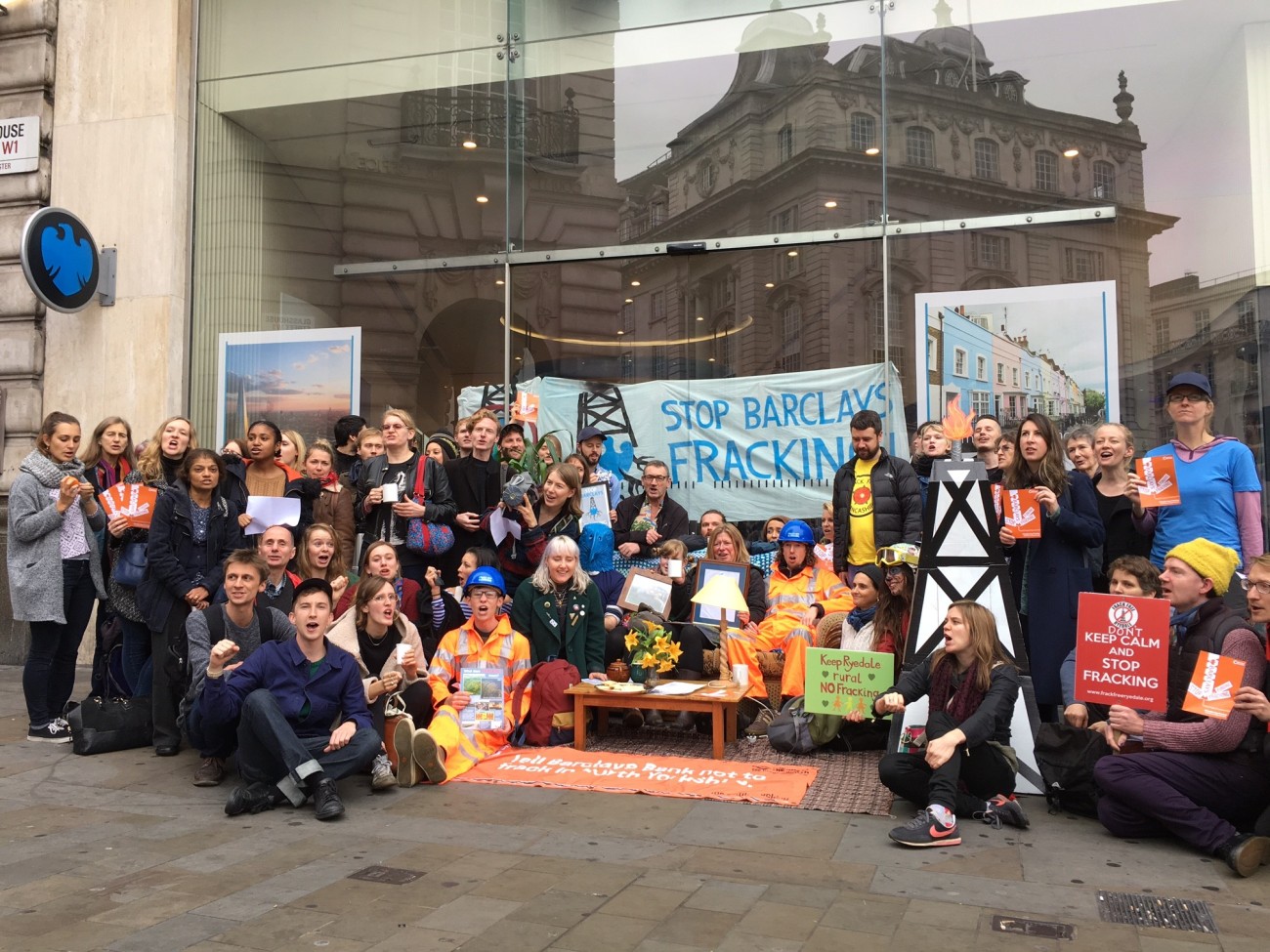 Yesterday (29/10/2016) anti-fracking campaigners protested outside branches of Barclays  against the bank’s investment in Third Energy, which has permission to frack for shale gas in North Yorkshire.

The protests were part of a week of action, which saw more than 90 events against Barclays’ involvement in shale gas exploration and production. At Piccadilly in London, the protest closed the branch. DrillOrDrop report on the week of action 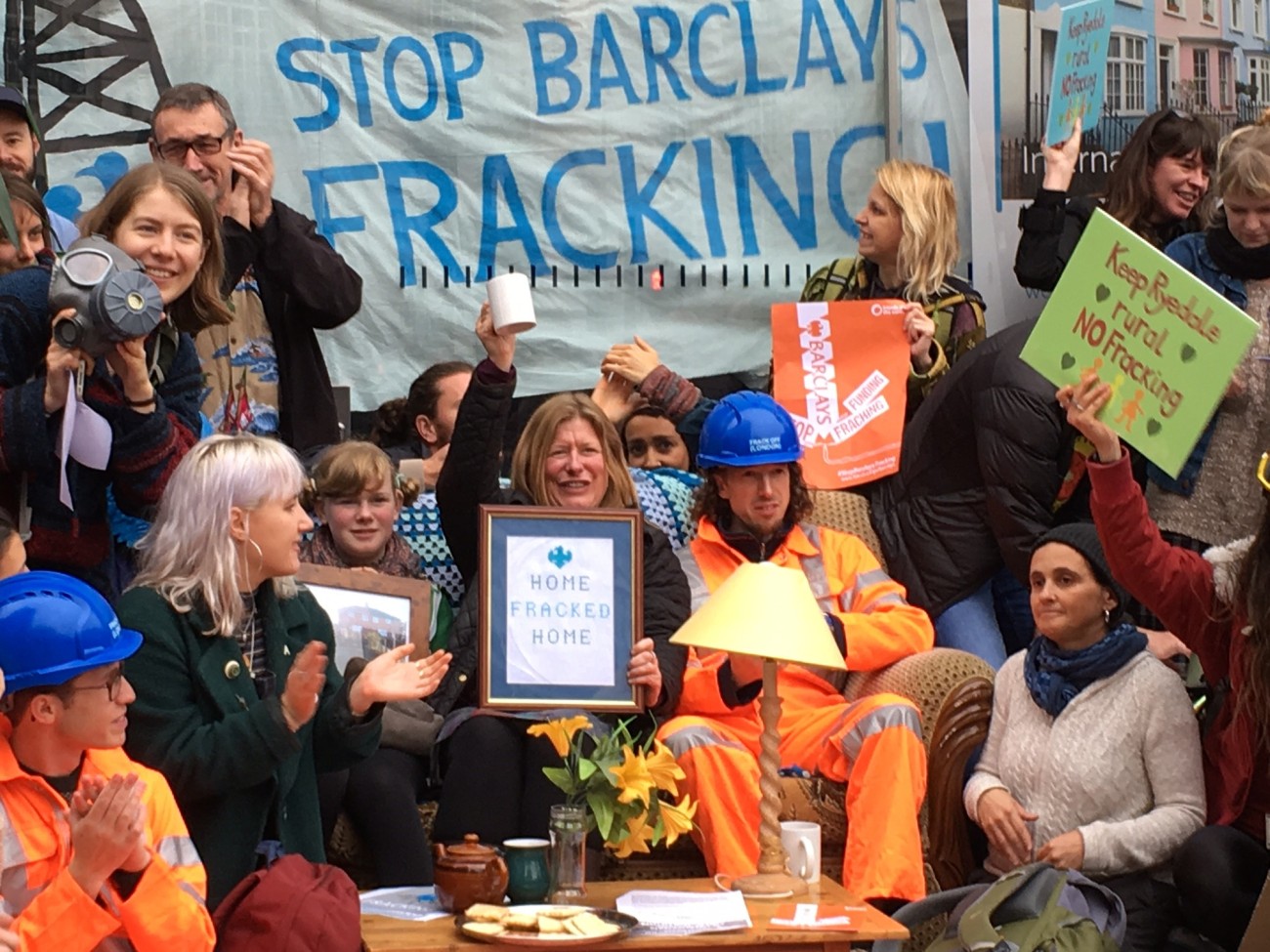 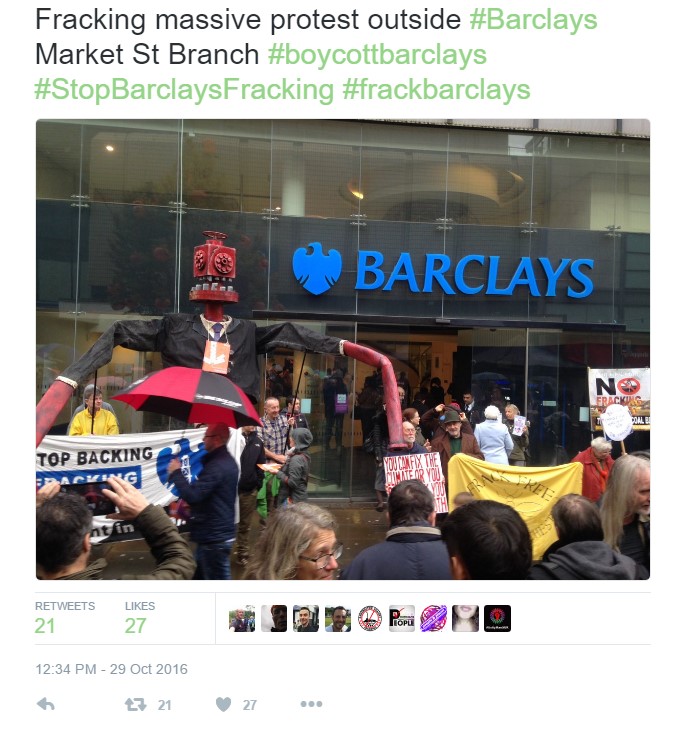 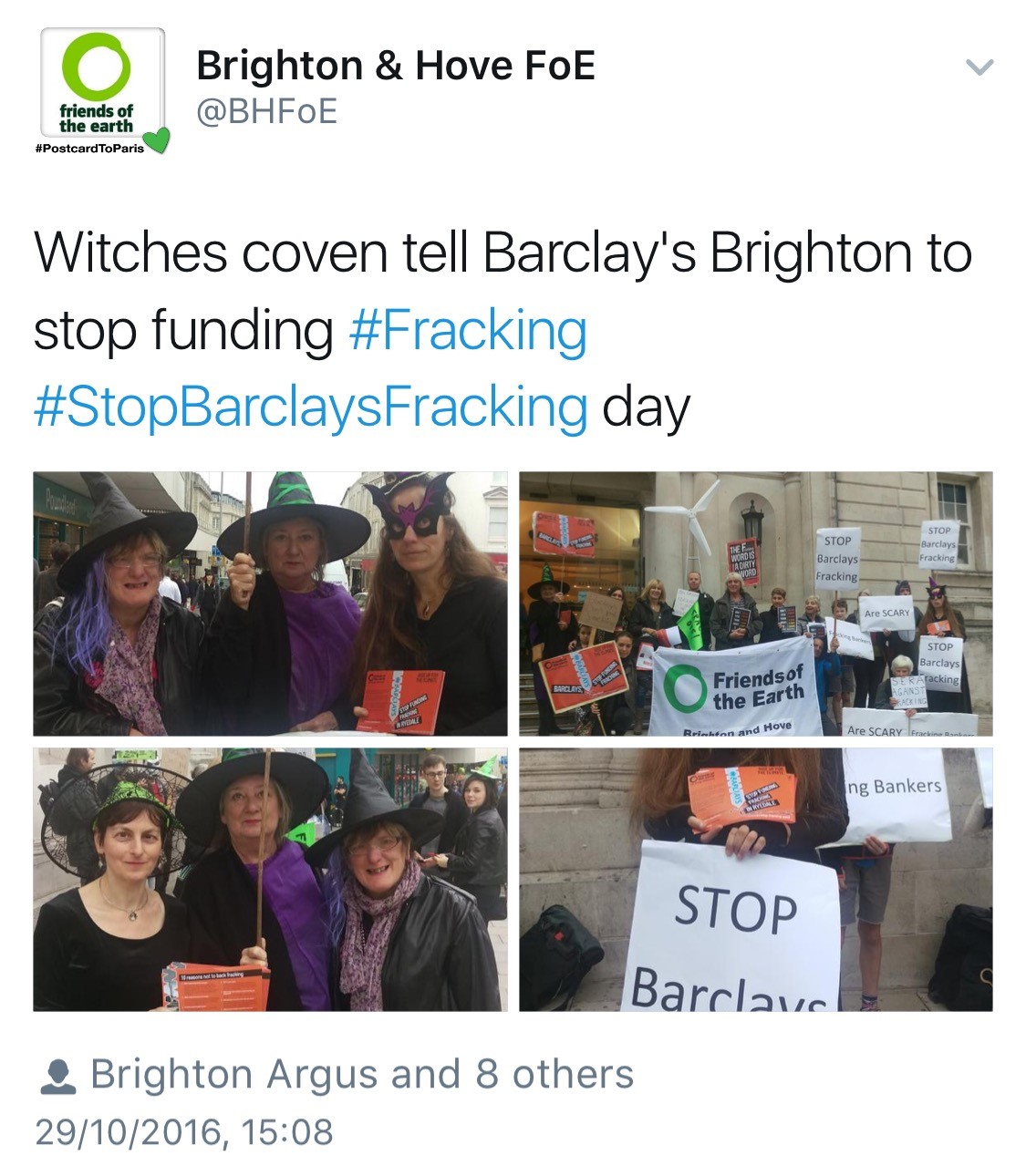 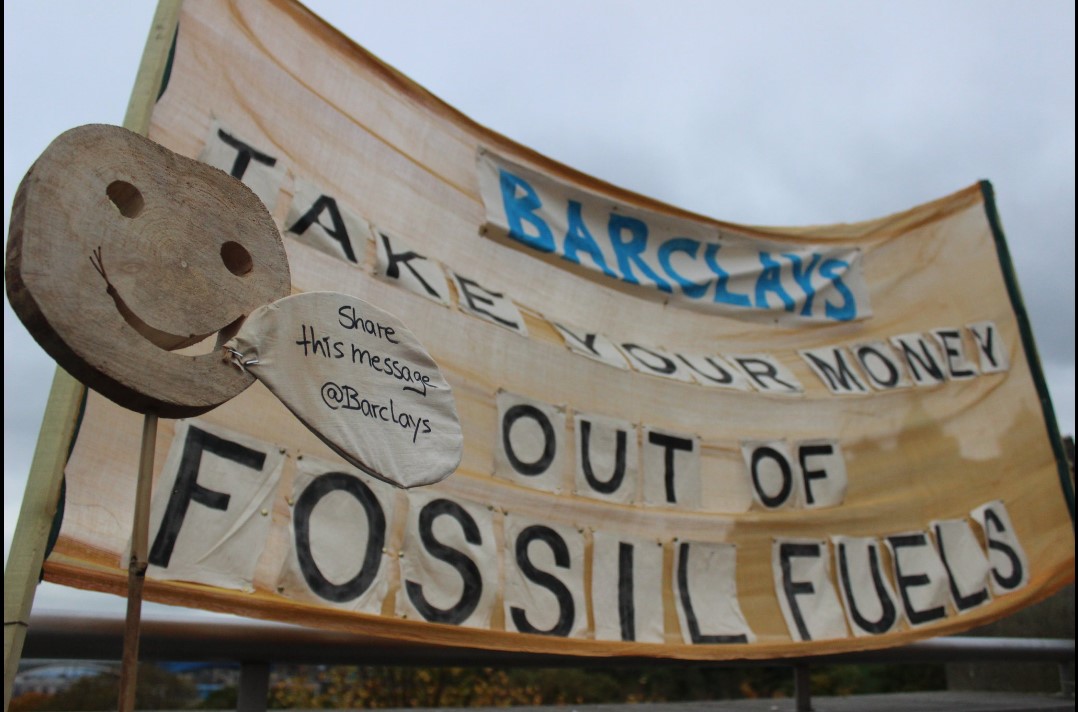 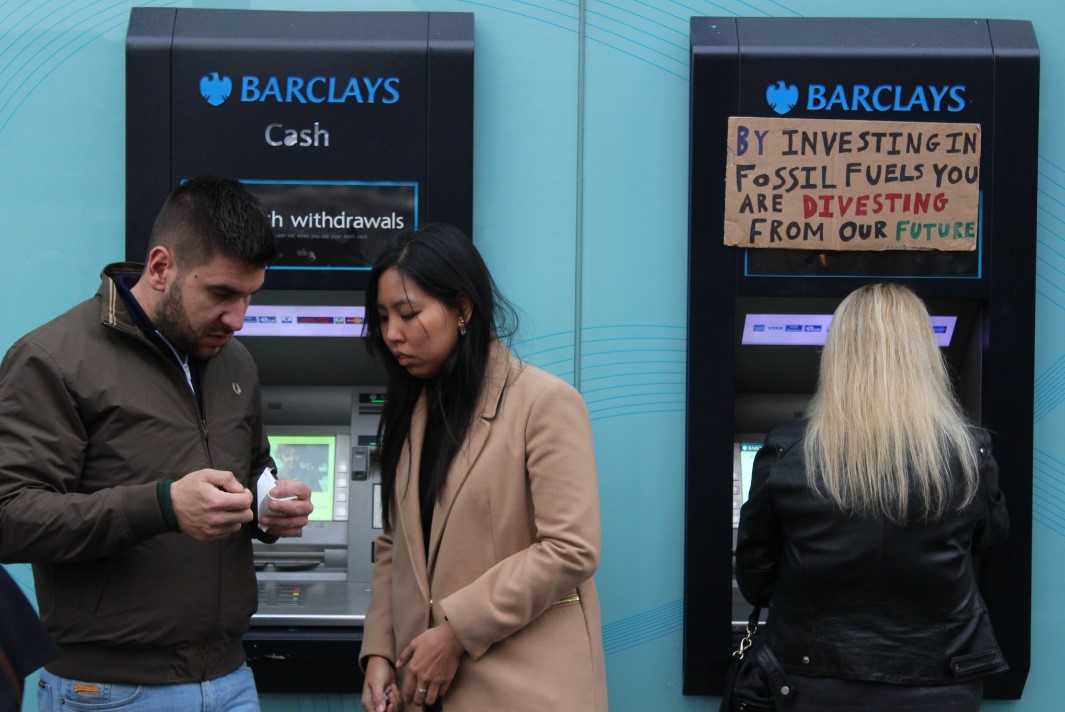 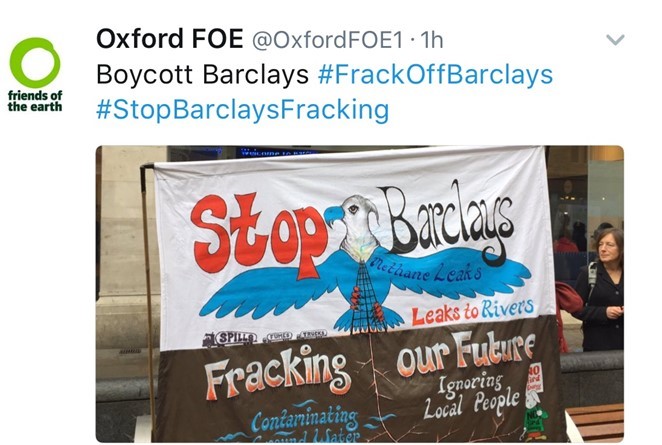 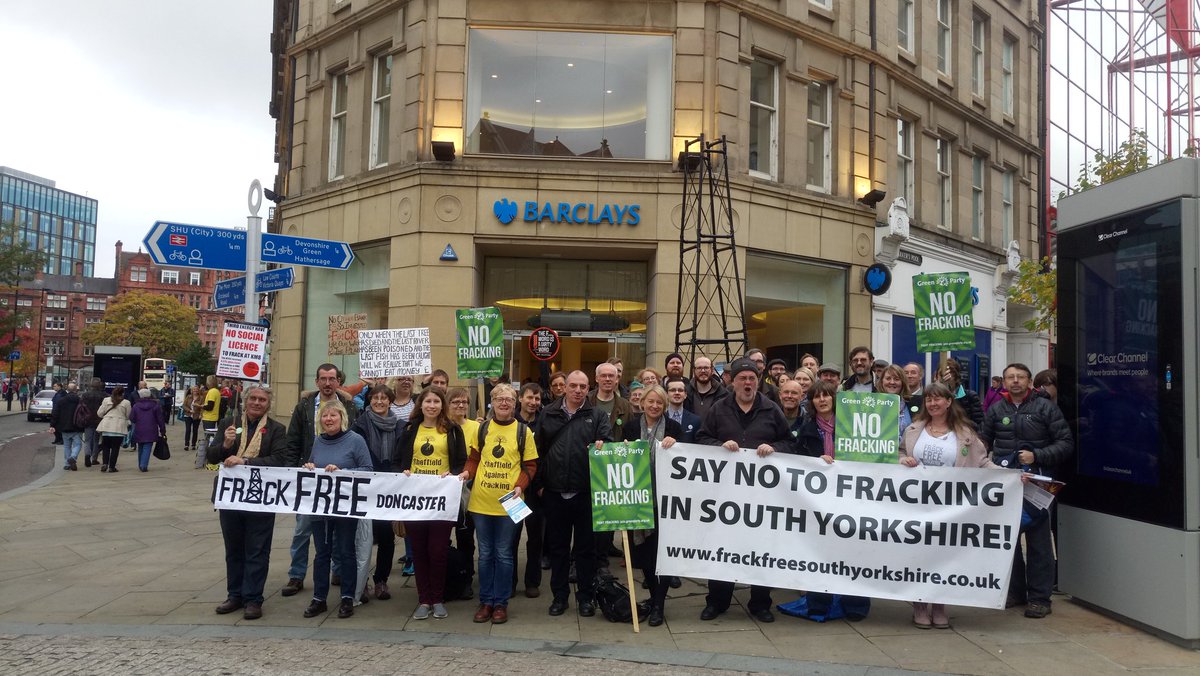 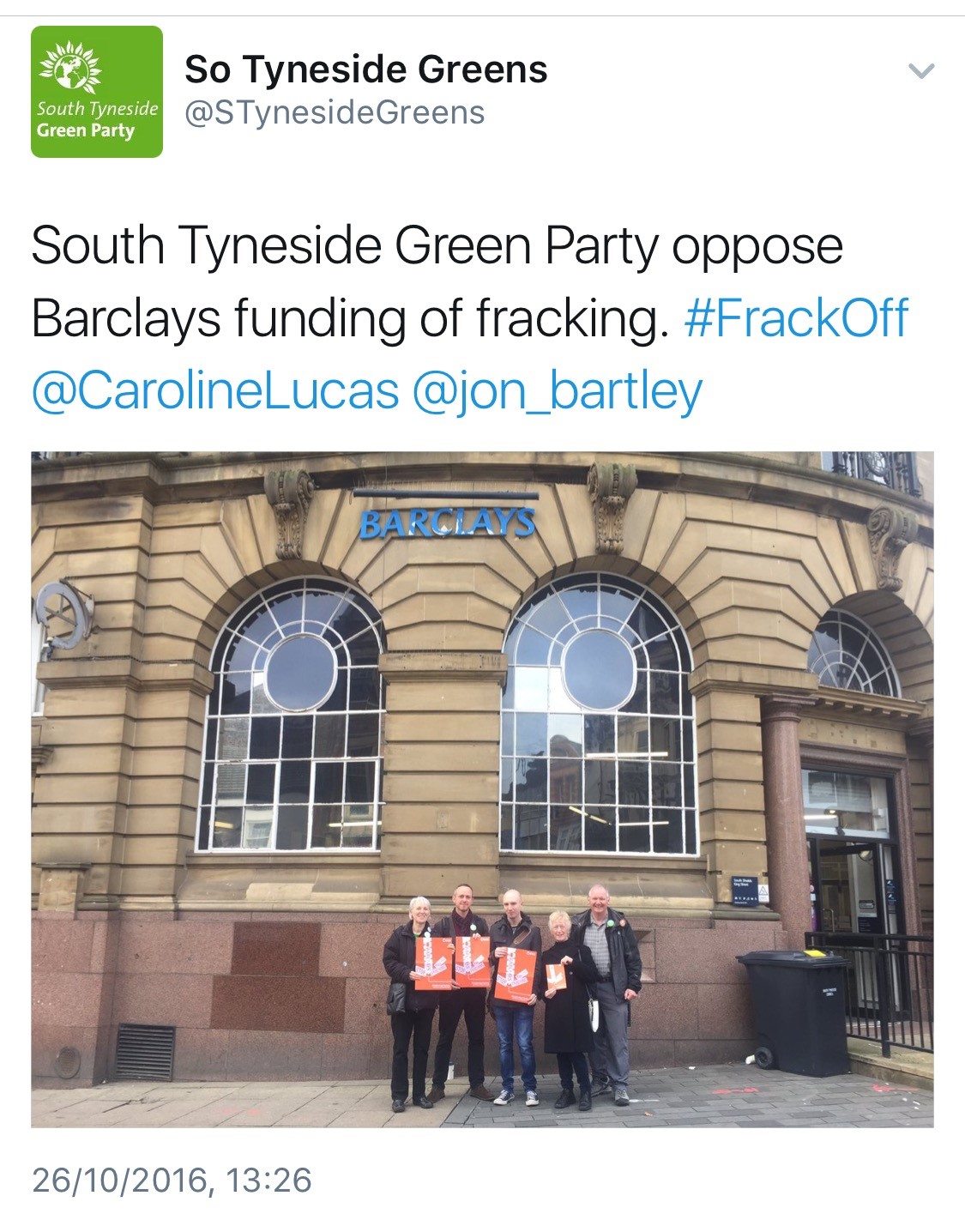