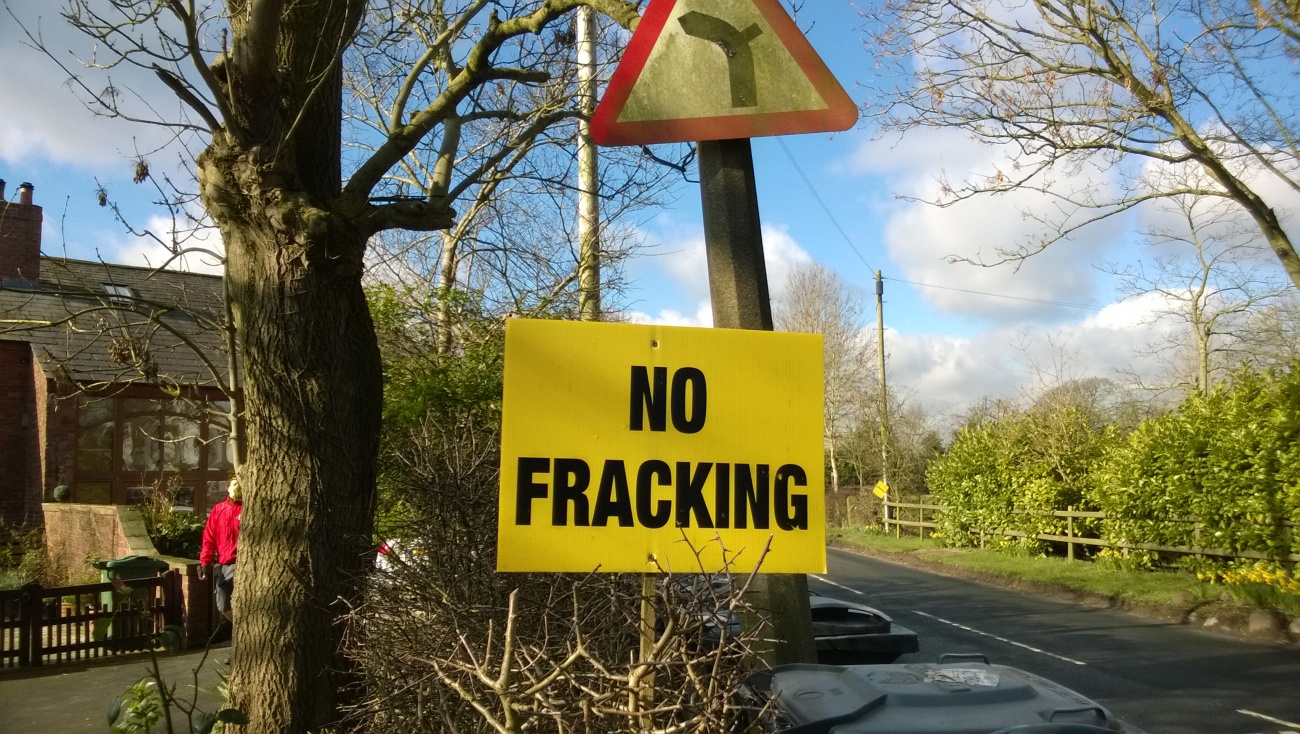 Over the past few days, DrillOrDrop has been reflecting on 12 months of the onshore oil and gas industry in the UK. On the final day of 2016, we look at what didn’t happen this year. We’ve also updated this post with suggestions from DrillOrDrop readers.

In January 2014, the then energy minister, Michael Fallon, said there could be 20-40 shale gas exploration wells drilled in the next two to three years years. During 2016, opponents of fracking celebrated five years since the last use of high volume hydraulic fracturing in the UK, at Preese Hall in Lancashire. Looking ahead to 2017, the first frack in the UK could be at Third Energy’s KM8 well, in Kirby Misperton, North Yorkshire. But the company has still to reach agreement with the county council on planning conditions. And a protection camp, which intends to prevent or delay vehicles reaching the site, established before Christmas.

In 2013, the Institute of Directors assumed in its report Getting shale gas working that production of shale gas would start in 2016 with two new pads. There has been no fracking and so no shale gas production.

At a summit of shale gas operators, organised by MP Kevin Hollinrake on 8 February 2016, companies with licences in Yorkshire agreed to produce a visualisation of the impact of future sites on the area. Mr Hollinrake’s office has told DrillOrDrop several times that it is expecting the visualisation soon but as the year ends the companies – Third Energy, INEOS, IGas and Cuadrilla – have still not delivered.

DrillOrDrop asked Cuadrilla for an extended interview with its chief executive, Francis Egan. We offered to go anywhere, at any time, and to publish a full transcript of the interview. We also sent an outline of the issues we wanted to include in the interview. There has been no response from the company, despite several reminders. We will keep asking in 2017.

In March 2016, Europa Oil & Gas told investors it was preparing to drill its exploration well at Bury Hill Wood, also known as Holmwood, near Dorking in Surrey. A newsletter said drilling was scheduled for winter of 2016/17. But the company has not yet reached agreement with Surrey County Council on all the planning conditions. No work has been carried out at the site and it is now occupied by a protection camp.

The prominent anti-fracking campaigner, Tina Rothery, faced a prison sentence after she was ruled in contempt of court. She had refused to provide information about her financial circumstances in a long-running legal dispute with Cuadrilla. The courts sentenced her to two weeks in Styall Prison, in Cheshire. But at a hearing before Christmas in Preston, the judge discharged the contempt of court and she avoided a prison term.

Planning permission expired in December at InfraStata’s onshore/offshore gas exploration site in Dorset. The county council said any future operations at the site will be subject to a new planning application.

Third Energy’s accounts for the year to 31 December 2015 were due on 30 September 2016. They have not yet been filed. On 6 December, Company’s House warned Third Energy – the company behind the well to be fracked at Kirby Misperton in North Yorkshire – that its accounts must be filed within two months or the company would be struck off the register.

Rathlin Energy secured planning permission in June 2015 for a new site called West Newton B, north of Hull. The Environment Agency granted an environmental permit in August 2016 but the company has said it is still discharging planning conditions. The company was granted at extension of permission at it nearby site at West Newton A in November 2015. But no work got underway there in 2016 either.

Updated 2/1/2017 to include suggestions from DrillOrDrop readers