The company wants to drill a 2,800m vertical well between the villages of Harthill and Thorpe Salvin to take samples and carry out tests.

Yesterday, the Harthill Against Fracking Facebook group said it had gained more than 250 members in one day. Opponents said they had notified both parish councils, the three Rotherham borough ward councillors and the MP. A public meeting is proposed soon.

INEOS has already announced it will submit a planning application to drill a similar well near the village of Marsh Lane, in north Derbyshire. Correspondence with the Forestry Commission also indicate the company is looking at sites at Thieves Wood and The Lings in the Sherwood Forest area of north Nottinghamshire.

In the documents, INEOS asked the council for a formal opinion on whether an Environmental Impact Assessment (EIA) must be submitted as part of its planning application. There is no reference to fracking at the site.

INEOS said it believed an EIA was not needed because the site would be temporary, sized between 1-2ha and would be restored to agriculture. The company said it had identified no cumulative impacts for its proposals. It said:

“Significant effects on the environment are not considered likely”.

But opponents have said there could soon be four shale gas sites in the area. Nottinghamshire County Council approved IGas’s application for Mission Springs last year and it is meeting next week to decide on IGas plans for Tinker Lane. 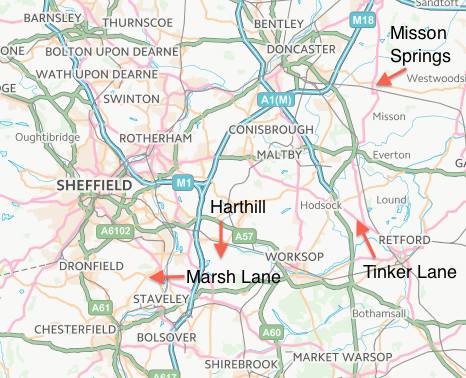 Rotherham Council said on Friday the public could not comment specifically on INEOS’s request for an opinion on the EIA. The council said it would issue its decision on whether an EIA was needed and this would be available online.

The following are based on information in the INEOS documents

Location: Land next to Common Road, near Harthill

Footpaths: one path runs immediately east of the site and another is close to the north

Landscape: Agricultural land, next to an area of woodland in an area of High Landscape Value 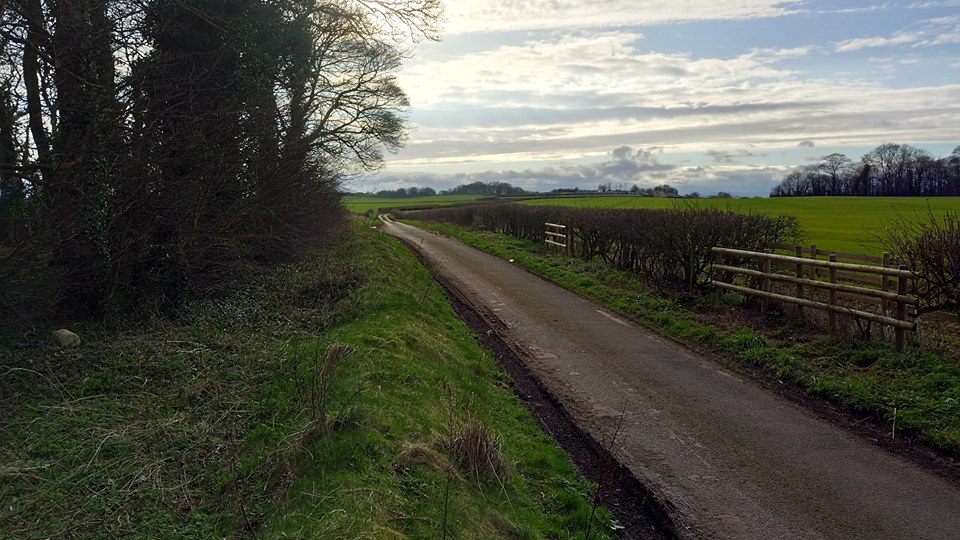 Materials: Site surfacing would use 9,000 tonnes of aggregate brought by road and removed after the site is abandoned and restored.

Energy: This would be provided by mobile diesel generators, on site for 6 months at any one time

Emissions and waste: Road traffic to the site would produce emissions during construction and drilling phases. No operation flaring or venting is planned. Waste water and materials would be removed by road.

Noise and vibrations: INEOS said guidelines allow construction noise to reach up to 65dB. During other phases, night-time noise would not exceed 42dB and during the day 55dB, the company said.

“Based on industry precedent and current understanding of the site, INEOS is confident that the development will meet the regulatory thresholds and therefore have no significant noise impacts.”

Vibration “is expected to be imperceptible at distances of greater than 20m from the drill rig”, the company said. It said the nearest homes were 690m away

Lighting: On-site and on the rig. INEOS said “no significant effects are anticipated”.

Contamination: The company said “There ae no anticipated significant effects”. The wellsite and access track would be lined with a geomembrane, which would prevent potential groundwater pollution from spills. A bund around the site would prevent spills contaminating the surrounding land. Chemicals, fuels and waste products would be stored in appropriate containers.

Ecology: The company said the plans “do not present a risk of significant impacts”. There would be no need to fell trees but some hedgerows may need to be removed.

Landscape: The drilling rig would be up to 60m and the workover rig and crane 32m and 35m high. The company said they would be in place for a temporary period and screened by trees. INEOS says “no significant effect on views are anticipated”.

Groundwater protection: The site is not in a source protection zone, INEOS said. Two drainage ditches are 480m away and a groundwater well is 460m away.

INEOS says standard well safety equipment would be present on site during drilling, including a blow-out preventer, vent for emergency venting of gas, and methane monitoring.

An emergency plan and pollution prevention measures would be in place, the company said.

32m workover rig may be brought back for maintenance.

This work would be carried out to undertake baseline monitoring or when another well is hydraulically fracked.