Interview: Government must make case for onshore drilling and companies must talk to communities – industry body 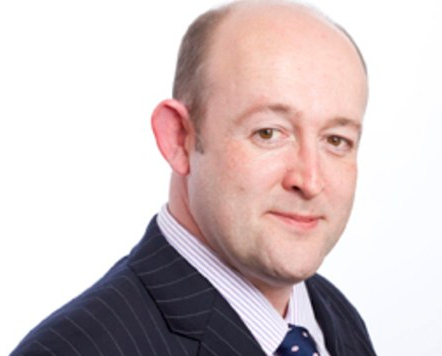 The organisation representing the onshore oil and gas industry has called on the government to educate people about the country’s energy needs. It also urged the industry to “communicate effectively” with local communities.

In an interview with DrillOrDrop, Ken Cronin, chief executive of UK Onshore Oil and Gas, said he expected companies would gain the trust of local communities and that support for the industry would increase when sites were developed. Transcript of interview with Ken Cronin (pdf)

But he said operators must continue to inform the public about their work – not just when they were applying for planning consent.

He said community engagement was part of the industry’s “ethos” and its “DNA”:

“We do need to get on and show people, because I think part of trust is actually showing people you can do it.

“What they [site operators] need to do is to carry on doing what they’re doing and make sure that it’s not just for the planning application – that they move onto the community liaison groups, they give information to local people etc.”

“People will start to see industry in a more positive light”

The latest quarterly government survey of attitudes to shale gas, released after the interview, put support at a record low, of 16%, and opposition at its highest level of 33% (DrillOrDrop report).

But Mr Cronin said he expected this would change once the industry began operating.

“As time progresses, and as people understand the issues and see sites starting to be constructed and things not being as bad as they were made out to be, I think that people will start to look at it in a more positive light than maybe they have in the past.

“On the other side, I think there are still certain fears that the local communities have, particularly around some of the really local issues, so transport, noise, light, air emissions, and then there are the fears that have been propagated by some of the anti groups, which we try very hard to give proper factual information against.

“I think trust works over a very long period of time, and the industry has to continue to communicate with local people.  They have to continue that communication, whether it’s with local liaison groups as operations start, they have to ensure that information gets out there.”

Asked which of his opponents’ arguments worried him most, Mr Cronin said it was claims about health.

“It’s not because of the impact it has on us; it’s the fear that they put people in, and I think that’s wrong to put people into that fearing position.

“All of the evidence in terms of the UK-based research that’s been done have said that a properly regulated industry will have limited or no impacts on the environment and health.”

He said the industry had operated “happily” across the UK over the past 40-60 years.

He said questions asked in the public attitude survey lacked context about where hydrocarbons came from and how electricity was generated.

“Part of what we need to do moving forward, particularly as climate change has become so important, is give people information about where things come from and how we use them.

“Government and industry, but government in particular, need to start making people aware of where our energy comes from.

“We have a growing problem with imports and that’s not just gas, it’s electricity, heating, cars.  Our import dependency has increased by 57% since the year 2000.  I think we need to get that message out there more about why we’re doing this and why it’s important.”

The Conservative manifesto included the proposal for a single regulator for the shale gas industry. Mr Cronin said he had questions over how the Health and Safety Executive and the Environment Agency, in particular, could be integrated into a single authority.

“The evidence that has come out of the industry over the years has shown that health and safety should be quite separate.

“The EA, for example, doesn’t work on a sectoral basis.  It works on either a regional basis or a discipline basis.  There is a group for groundwater that looks after all sectors.  Having one regulator will disrupt that.”

“The devil is in the detail”, he said.

“Quite a lot of the Conservative Party manifesto needs to fleshed out.  I think the one regulator issue is something that certainly does need to be fleshed out.”

Asked why some opponents of shale gas did not trust the industry regulators, Mr Cronin said:

“I don’t think it’s because people are not confident of the regulator, I think it’s just the fact that it’s a bewildering number [of organisations] and people want to talk to somebody face-to-face that understands the whole of that regulatory system.”

The proposal for a single regulator was not in the Queen’s Speech. Nor were related ideas of making non-fracking drilling plans a permitted development and classing major fracking developments as national infrastructure projects, taking them out of local authority control.

But Mr Cronin said their absence from the Queen’s Speech did not mean they had been abandoned by the government. He said the industry would be asking parliament to look at the issues.

On permitted development, he said:

“It would be helpful in terms of existing sites, and I think we would need to have a discussion about brand new sites.”

He also said commercial shale gas production should be treated as a national infrastructure project, in the same way that nuclear facilities had been.

Mr Cronin said he had concerns about the length of the planning process for onshore oil and gas projects.

“That is unhelpful for us, it’s unhelpful for the councils because it becomes a much bigger chore and more expensive, and I don’t think it’s very helpful to local communities that it’s going on and on and on.”

Horse Hill in Surrey, where a planning application for extended flow testing is expected to be decided in the autumn, nearly a year after it was submitted. Photo: Eddie Mitchell

He attributed the length of the process to what he called “last minute challenges” and the “extremely detailed” work of planning officers and councillors.

“I think we just need to take a long hard look at this and go through why it is taking so long, and I think part of it does come down to this understanding between the regulatory auspices of each regulator and if we could better understand that, put that down on paper, that would be part of the solution.

“What we need to do is to try and find a way of getting people to agree or to understand where those demarcations lie so that everyone concerned can use their time efficiently.”

The past 12 months had been “quite positive” for the onshore industry, Mr Cronin said.

“We now have sites in Lancashire, Yorkshire, Nottingham that are either in the process or ready to go into the process, so I think that’s very positive.”

He also said he was excited about proposals to explore for Kimmeridge oil in the Weald in southern England.

“We also have a number of sites starting to go into planning in terms of INEOS in Derbyshire and Rotherham, which again I think is good, and on the conventional side, we’ve seen a number of conventional projects taking place – Horse Hill, Broadford Bridge, the Angus site at Brockham.”

In the next 12 months he said:

“We should see results coming out of all three of those sites I mentioned, in terms of Lancashire, Yorkshire and Nottingham.  The hydraulic fracturing operations in Yorkshire and Lancashire are going to be hugely pored over by the geologists and geo-scientists to see what kind of results we get.

“I think the next twelve months also will map out a little bit more about what we understand is in the Kimmeridge on the conventional side.”

You can read the Transcript of interview with Ken Cronin (pdf)  for his thoughts on other issues, including: