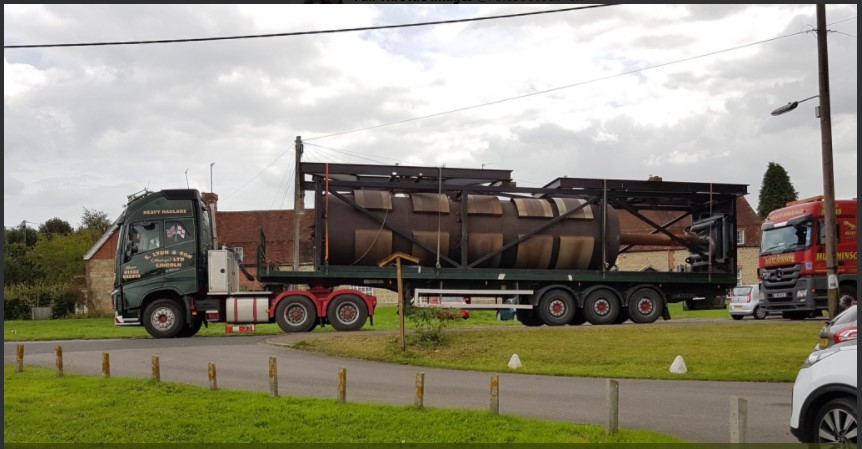 In a statement to investors, the company said the drilling rig, which had been on site for more than 100 days, left “without incident” earlier today.

UK Oil & Gas (UKOG) said equipment was now being set up for what the company called rig-less extended flow testing of the well.

This is expected to take up to 14 weeks and is designed to gather further evidence of whether oil in the target Kimmeridge limestone zones can flow at commercial rates and volumes.

The statement also gave more details of the drilling operation at Broadford Bridge. Documents with the original planning permission for Broadford Bridge estimated that drilling would take up to 56 days.

But as DrillOrDrop reported, this phase of the operation was delayed when the site operator, the UKOG subsidiary Kimmeridge Oil and Gas Ltd, hit problems with the original well.

The company confirmed that sections had become washed out and the well had to be abandoned. It began drilling a parallel side-track well, now known as BB-1z, on 29 July 2017.

Today, UKOG said the sidetrack BB-1z had been successfully completed (made ready for production).

It added that the sidetrack had been perforated in four runs at depths of 3,920-5,657ft, covering eight zones of  Kimmeridge limestone.

On 10 August, when UKOG gave details of the sidetrack, it also said it would perforate a section of the new well totalling 926ft. But today the company said it had increased the perforated section to 1,064ft to include a further reservoir zone, where mobile light oil had been recovered from the core.

The statement said “significant mobile light oil shows returned to surface” after each perforation run, together with evidence of reservoir fluids moving into the wellbore.

“I am delighted to report the safe and successful completion of the drilling and completion phase of the well at our flagship Broadford Bridge oil discovery.

“The well continues to deliver significant technical insights, this time via the extensive perforation programme, the results of which provides further encouraging confirmation of mobile, light oil within the target Kimmeridge reservoir zones.

“I thank all the many staff and contractors involved for their professionalism and dedication in delivering the well in optimal condition for the extensive flow testing programme, which is now underway.”

“Once more UKOG are being very economical with their information. The rig has been allowed to be removed secretly, outside agreed operating hours after being on site for 104 days – nearly four times  their  original planned timeline of 28 days with no explanation of why it has been needed for so long.  Local residents were promised more transparency, which has not emerged. This lack of openness is bound to make us wonder – what is really going on?”

Earlier this week, council planners recommended approval of an application by KOGL to extend the permission at Broadford Bridge for 12 months (DrillOrDrop report). The current planning permission expires on 16 September 2017. A decision is expected to be made on 12 September at a meeting of West Sussex County Council’s planning committee.