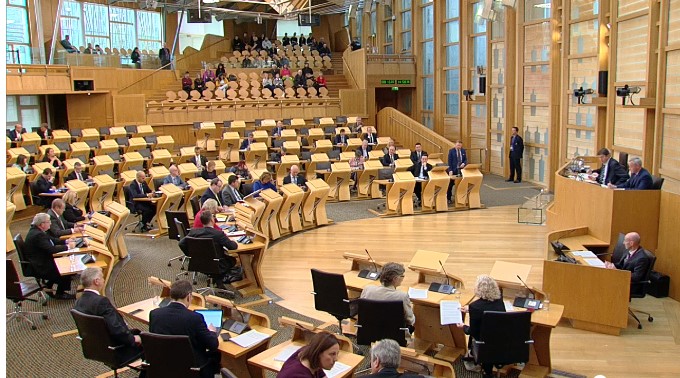 After announcing an indefinite moratorium on fracking in Scotland, the Scottish Energy Minister, Paul Wheelhouse, faced questions from MSPs. DrillOrDrop has picked out some of the key points from across the parliament.

“All about the politics and not the science” 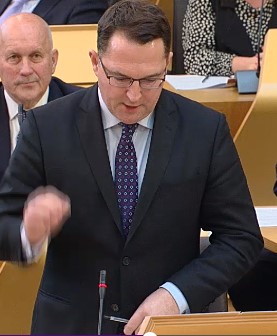 Dean Lockhart, Conservative, the first to question the minister, said:

“After years of indecision, the SNP has finally made its choice in relation to fracking, and yet again Scotland’s economy is left behind.”

Mr Lockhart said independent reports had concluded that fracking would bring £4.6 billion to the economy and thousands of highly skilled jobs.

“This much needed economic boost and these jobs will now be created outside of Scotland thanks to the SNP.”

“Is this the new way of doing government where national policy is led by opinion polls, rather than by economic and scientific evidence. Scotland needs a government that does the right thing, not the populist thing”. 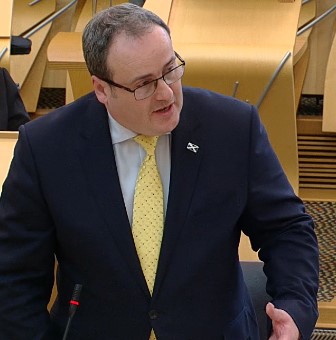 Energy Minister, Paul Wheelhouse, said the Scottish Government had taken a responsible view to the development of its approach to unconventional oil and gas. This was, he said, unlike the UK government.

“[It] has ploughed ahead with a gung-ho attitude to the development of unconventional oil and gas activities in England, with the consequent upset to communities in Lancashire and elsewhere, and has not thought at all about the social licence involved in such a new industry in an area of densely populated England, we have taken a responsible view to the development of our approach to unconventional oil and gas”.

Mr Wheelhouse denied it was a political decision and said the Scottish Government took very seriously its responsibilities to communities. 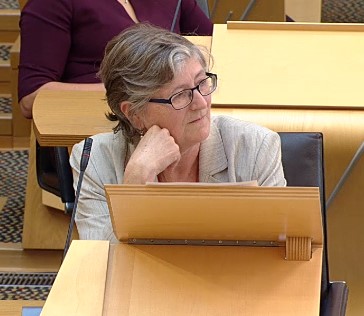 Claudia Beamish, Labour’s environment spokesperson who has proposed a bill to ban fracking, welcomed the announcement.

“Labour has long argued that we don’t need another fossil fuel. We need to develop forms of renewable energy with unionised and well—paid jobs.”

“This announcement is the result of communities’ and Labour’s pressure, and specifically my proposal to change the law to ban fracking.

“Extending the moratorium indefinitely, while welcome, is not as strong as a full legal ban, and could be overturned at any point at the whim of a future minister.

“These proposals do not go far enough. They do not offer the protection that my bill would.”

She called on Mr Wheelhouse to work with her on a full legal ban.

Mr Wheelhouse described the moratorium as “an effective and immediate ban on unconventional oil and gas activities in Scotland”.

“Legally-shaky and open to challenge” 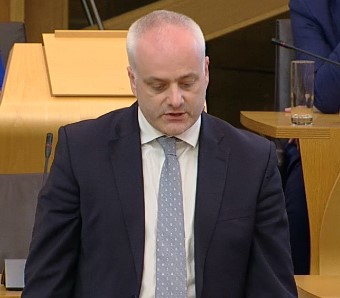 Mark Ruskell, of the Green Party, said the announcement showed the government had listened to communities. But he said:

“We don’t have a ban in front of us. The government has merely extended its current moratorium, a moratorium which is legally-shaky and open to challenge by large companies such as Ineos.”

He called for a permanent ban using Scottish planning policy and environmental regulation.

Liam McArthur, Liberal Democrat, described the announcement as a ban “by the scenic route”. But he said:

“Much more still needs to be done if we are to ensure the necessary mix of renewables and particularly storage technology that our economy and society will require in the coming decades.” 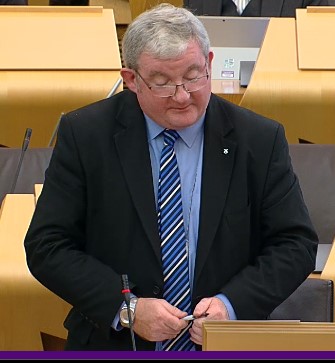 “The ban will give residents throughout central Scotland peace of mind”

But he asked for an assurance of support for Grangemouth, the INEOS-owned chemical plant which uses feedstock from shale gas.

“Massive slap in the face” 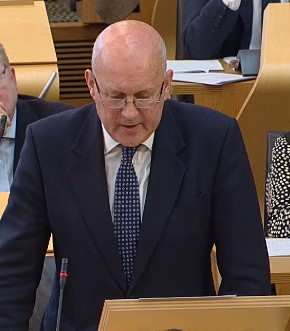 “The announcement of a ban today is a massive slap in the face to Scottish academia, engineers, geologists, industry experts and many more highly-skilled individuals who have been dealt a heavy blow.”

He said jobs had been put at risk and people would no longer be attracted to work in a new Scottish shale gas industry.

Transcript of the statement and parliamentary questions