They were later joined by other local women in a protest outside the Pickering branch of Barclays Bank, which owns 97% of Third Energy. 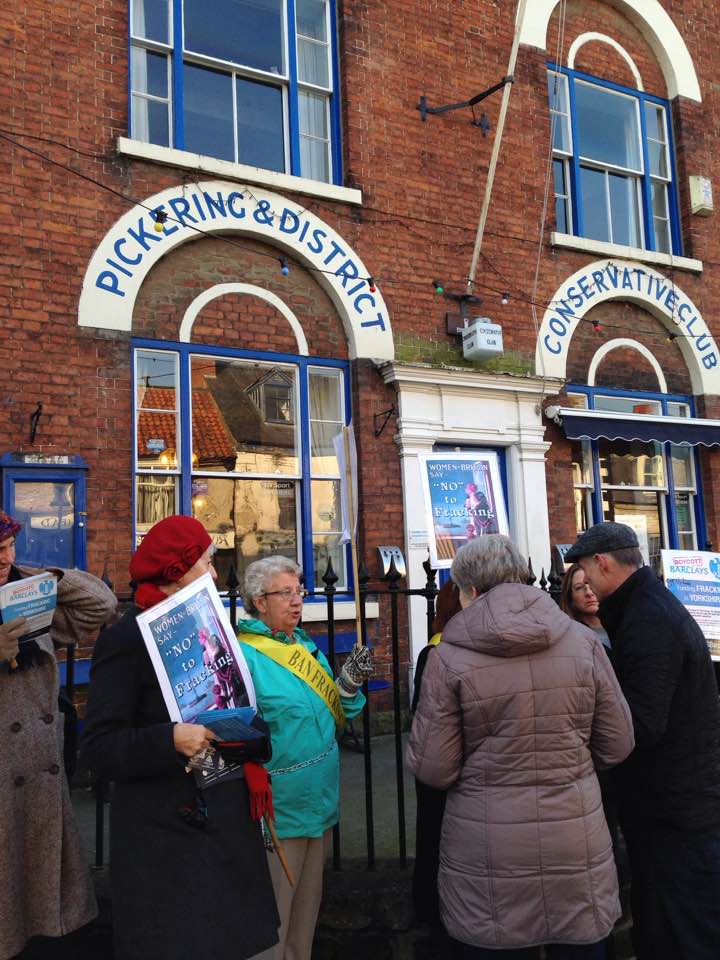 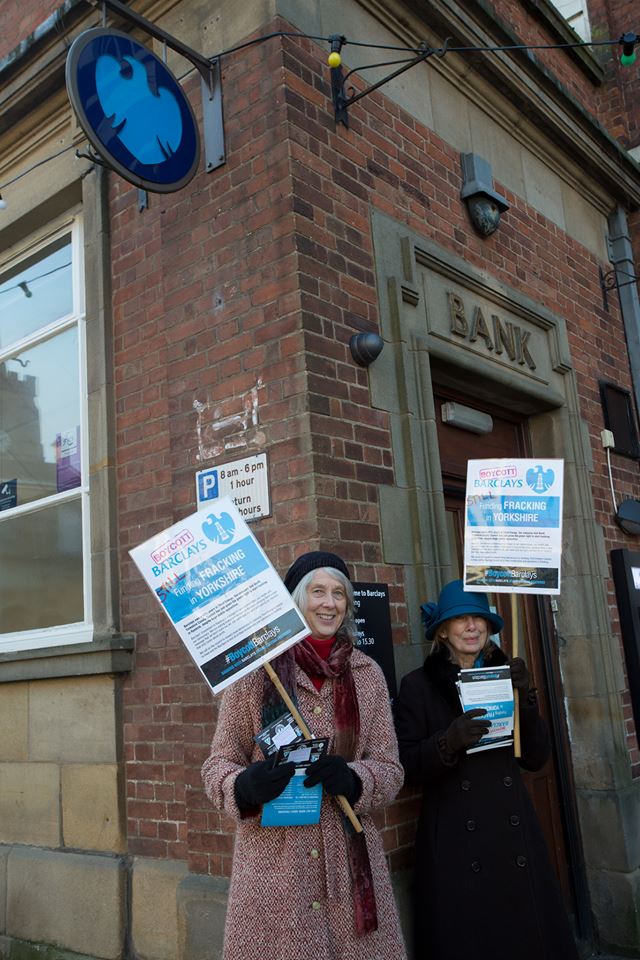 The Energy Department has yet to grant Third Energy final permission to frack its KM8 well at Kirby Misperton, between Pickering and Malton. But the company is thought be ready to begin the process as soon as consent is granted.

Kevin Hollinrake, the Conservative MP whose constituency includes Kirby Misperton, has said he would call for a moratorium on fracking if it could not be “carried out whilst staying inside acceptable environmental limits”.

A spokesperson for the protesters said:

“The Suffragettes had to battle for the most basic rights. We are determined to fight with the same dogged determination for our right to clean water and air.

“We will continue until our government listens to our voices. Every time we complain of poor practice or planning breaches we are told that fracking is safe, and we have gold standard regulation. This is simply not what we are witnessing.”

Last week, analysis commissioned by Friends of the Earth concluded that Third Energy had not properly carried out monitoring required at the KM8 site before fracking could take place (DrillOrDrop report).

The analysis said there were inexplicable levels of methane in the Corallian aquifer and it pointed to a failure of some monitoring to measure methane or to meet environmental permit requirements.

One of the women taking part in today’s protest said:

“These problems have not been reported, we have had to investigate to uncover them. How can we trust these unaccountable, off-shore companies, or Mr Hollinrake to keep us safe?”

This morning Times newspaper picked up a story, previously reported by DrillOrDrop on 13 October 2017, that Third Energy was late fling its annual accounts.

Barclays confirmed at its annual meeting in May 2017 that it was planning to sell its stake in Third Energy. But it said it was in no hurry to divest itself of the company.