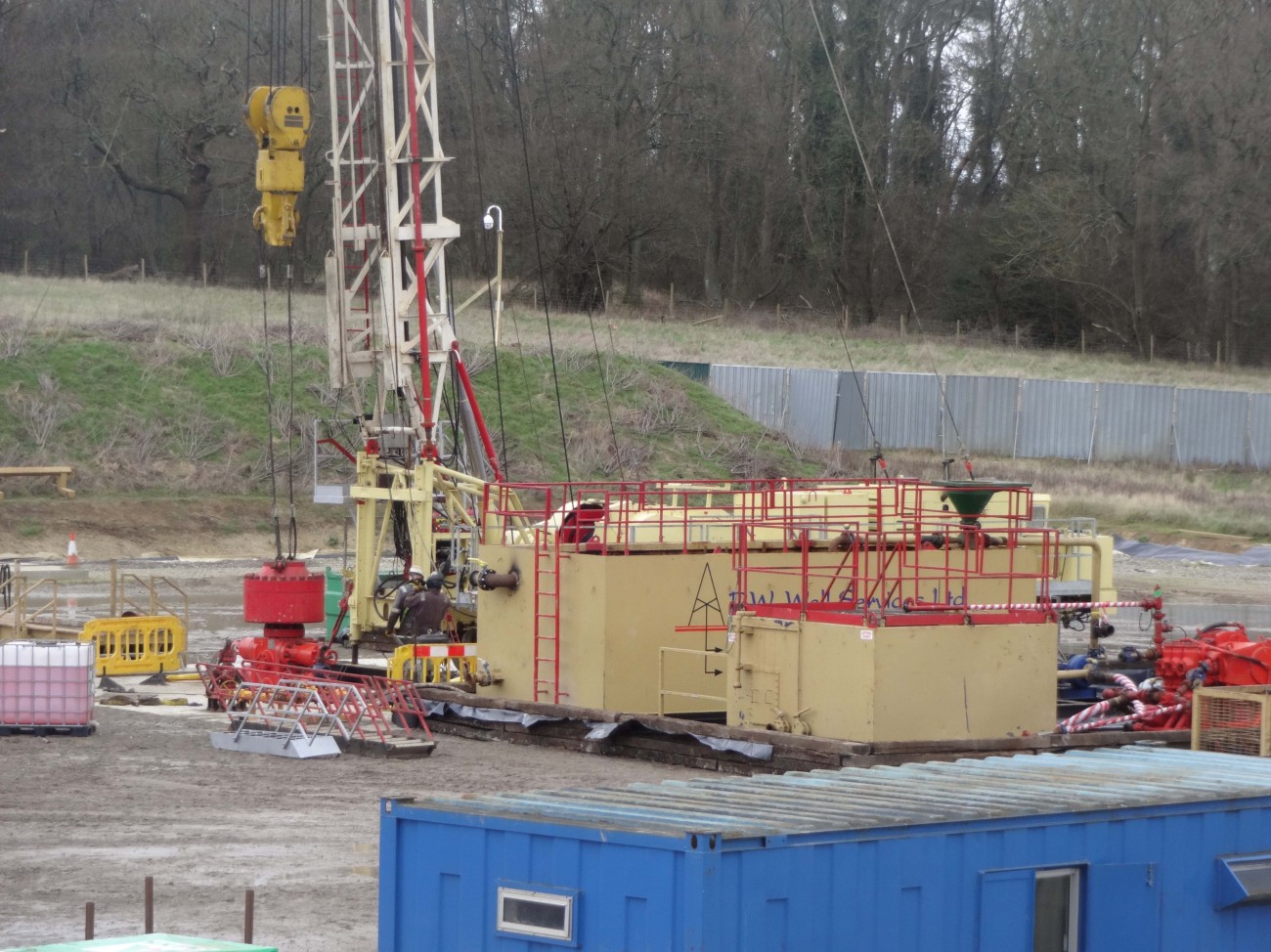 A planning application for oil production at the Horse Hill exploration site near Gatwick Airport will be submitted in spring 2018, according to UK Oil and Gas, one of the leading companies behind the project.

In a statement to investors this morning, UKOG said a second phase of drilling at the site was also being planned.

But the Green Party MEP, Keith Taylor, said the news would get a “frosty reception” from campaigners and residents. He vowed to oppose what he described as “UKOG’s climate-destructive proposals to industrialise our countryside”.

It received planning permission from Surrey County Council in October 2017 for extended flow testing of the existing exploration well HH-1 and drilling two new wells to be called HH-1z and HH-2. DrillOrDrop report

“This application will seek consent to produce oil initially from HH-1 & 1z, and HH-2, together with further production wells in a second contingent drilling phase.”

DrillOrDrop asked UKOG how many wells were proposed in this second drilling phase and whether they would be included in the planning application due in the spring. This post will be updated with any response.

UKOG said HHDL had funding and contracts in place for the programme to test the HH-1 well and drill HH-1z and HH-2.

The work would begin when planning conditions had been met, expected by the end of the winter, UKOG said. The site has an environmental permit for the work, issued in September 2017.

The production tests will investigate whether there are commercially-viable volumes of oil in the Portland and two zones of Kimmeridge limestone, called KL3 and KL4. Each test is planned to last 30-40 days.

UKOG said there may also be a short-term test of a deeper, untested Kimmeridge zone.

Publicity from summer 2016 about testing and drilling plans. Photo: DrillOrDrop

If the results were successful, drilling would begin on the HH-2 well in Summer 2018, UKOG said.

This well was intended to produce oil from the Portland but there was an option to drill deeper into the Kimmeridge to collect data. It could also deviate north to access oil from the adjacent Collendean Farm fault, UKOG said.

The HH-1z sidetrack into the Kimmeridge was now planned to be drilled in 2019, UKOG added. This will follow development of a Kimmeridge reservoir model based on data from HH-1 and HH-2, as well as that from the Broadford Bridge site in West Sussex.

“The 2018 Horse Hill programme is a key step towards delivering UKOG’s goal of commercial production and significant cash flow by early 2019. The programme, geared to provide data to support a declaration of commerciality, will benefit greatly from the many significant Kimmeridge and operational learnings gained at our Broadford Bridge discovery.

“Horse Hill remains a fundamental part of the Company’s core portfolio and we therefore look forward to returning to the birthplace of the Kimmeridge Limestone oil play. “

“This news will get a frosty reception from campaigners and residents alike this Yuletide. And I will join them in opposing UKOG’s climate-destructive proposals to industrialise our countryside. Surrey County Council must reject any application the firm sees fit to submit. More drilling in Surrey is on nobody’s Christmas list.”

“The government-backed unconventional oil and gas rush across the UK will not only despoil Surrey’s Outstanding Area of Natural Beauty it will ensure the UK fails to meet its legally-binding climate change targets under the Climate Change Act and Paris Agreement.”

“The scientific consensus on the climate breakdown has never been greater. The best chance we have of averting climate catastrophe is by keeping fossil fuel reserves in the ground.”

“Instead of investing, quite literally in too many cases, in the dirty oil and gas industry, Ministers must make it their New Year’s Resolution to finally act on the overwhelming public support for renewables and build a clean energy future – in Surrey and across the UK.”

UKOG said security had been increased at Horse Hill after protesters occupied the site on Thursday 30 November.

UKOG said a 42-team including High Court bailiffs and a specialist protester-removal company evicted the protesters on Saturday 2 December. The company said it was “pursuing all available legal means to seek recourse”. DrillOrDrop report