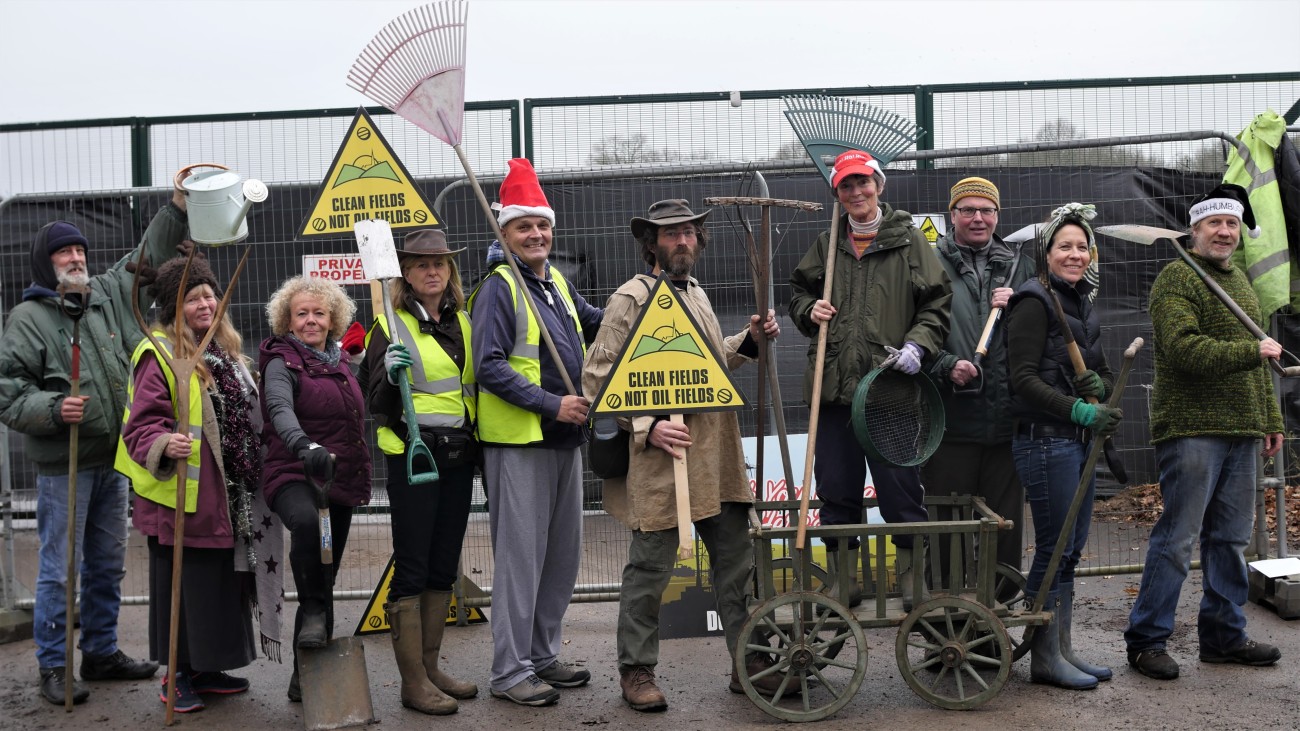 They planted bulbs and seeds outside the site and offered to help the drilling company, UK Oil and Gas, restore the well pad inside the gates.

The group said UKOG had worked at night and weekends, in breach of planning conditions. But it was still at the site near Billingshurst 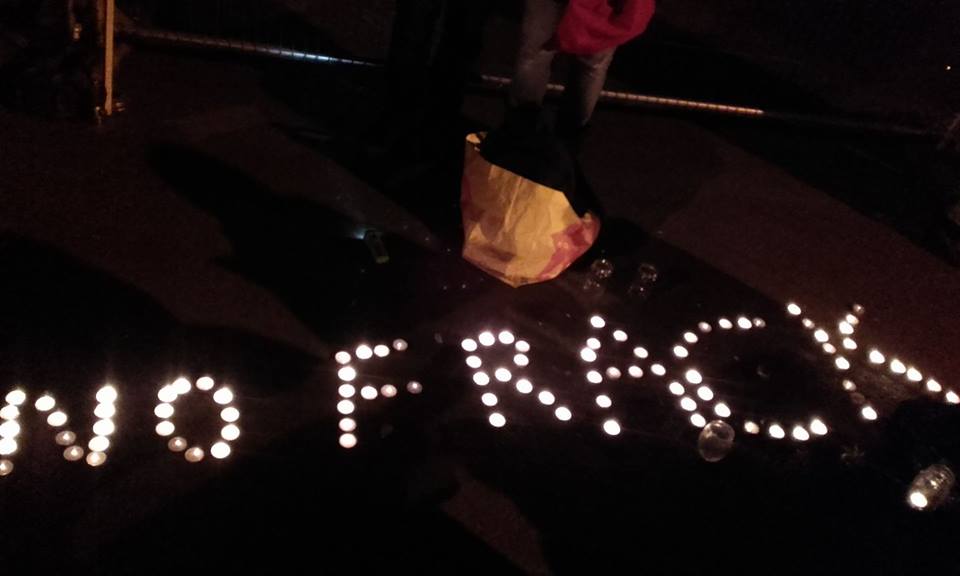 More than 100 people reportedly gathered at the site gates to witness the ceremony.

It marked the first anniversary of the dismissal by a High Court judge of a challenge to permission for fracking at the site. (DrillOrDrop report). That day, a group of opponents of the plans established a camp on the edge of Kirby Misperton village, which has remained since.

A spokesperson for the camp said:

“This occasion has allowed us to come together with peaceful hearts, reminding us of the love we have for the land and each other – the reason that we are fighting so hard.

“Over the last year, the protection camp has been supported every step of the way by the local community.

“Now international solidarity is growing, and as we look towards the end of another year, we are determined to continue the fight at KM8, and every other well that is planned for our beautiful area.”

The Gazette and Herald reports that the case against a 56-year-old anti-fracking campaigner was dismissed by a district judge at York Magistrates Court.

He had been accused of using threatening or abusive words on Habton Road in Kirby Misperton, near Third Energy’s fracking site, the paper said. But the court heard the prosecution had no evidence of anyone but a police inspector hearing the words – and he didn’t state they had caused harassment or distress.

Mr Tootill was found not guilty by magistrates in Blackpool this afternoon of obstructing a police officer during anti-fracking protests on 1 June 2017. He had denied the offence. More details in DrillOrDrop report