“You are not acting in isolation. Opposition to fracking is Labour Party policy.”

Mr Skinner called on the parliamentary Labour Party to get behind the anti-fracking movement. He said:

“When Jeremy Corbyn comes up here we want him talking about action against fracking.

“We have to make sure that every Labour MP understands that this is Labour Party policy. They should all be shouting it from the roof tops.”

The Not for Shale rally in Bolsover followed a five-mile march from the neighbouring villages of Clowne and Shuttlewood.

The area is covered by exploration licences held by INEOS Shale.

The company has been conducting seismic testing east of Bolsover area. It has submitted three planning applications for shale gas wells in north east Derbyshire and Rotherham. Two of the applications are to be decided at public inquiries.

Mr Skinner said the campaigners at today’s event “represented hundreds of people in the north Derbyshire and south Yorkshire coalfield”.

“We are not just speaking for people in north Derbyshire and the surrounding area. We are voicing the opinions of most of the people of Britain.

“There are thousands of people who are going to be affected by fracking.

“If we put a stop to this here we will be putting a stop to it in the whole of Britain.

“I will be opposing fracking not just in these towns and villages but everywhere in Britain.”

Not for Shale march and rally, 24 February 2018. Photo: Sharon Poulter 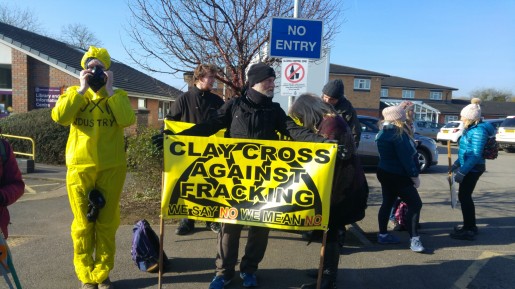 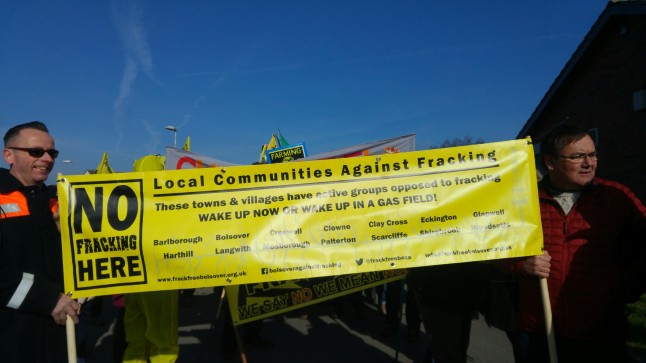 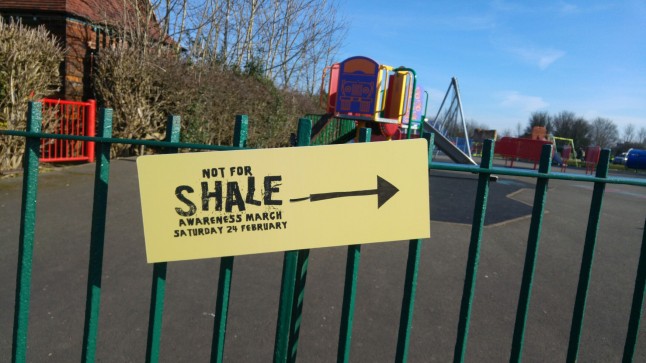 The organisers of the event, Bolsover Against Fracking, estimated about 500 people took part in the march and rally. People came from across the East Midlands. They included representatives from Marsh Lane and Woodsetts, where INEOS has applied for a shale gas exploration, and Misson, where IGas is beginning site construction work for two wells. 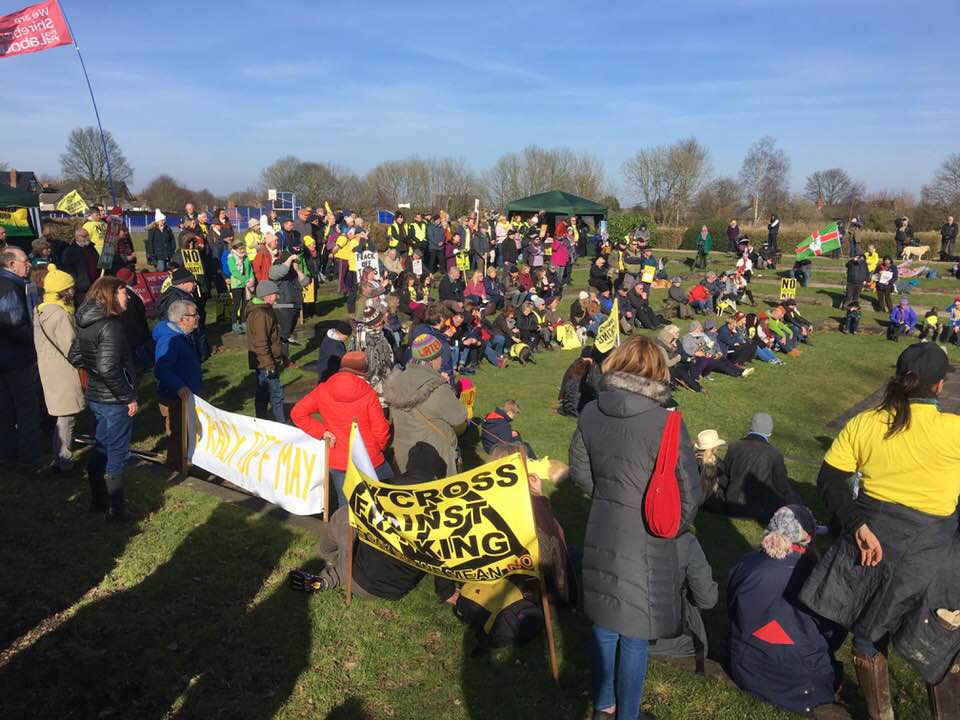 “One of the issues that needs to be made clear about INEOS is that this is not about national energy interests. It is about raw materials for the plastics business, just at the time when people are waking up to the environmental damage that plastics can cause.” 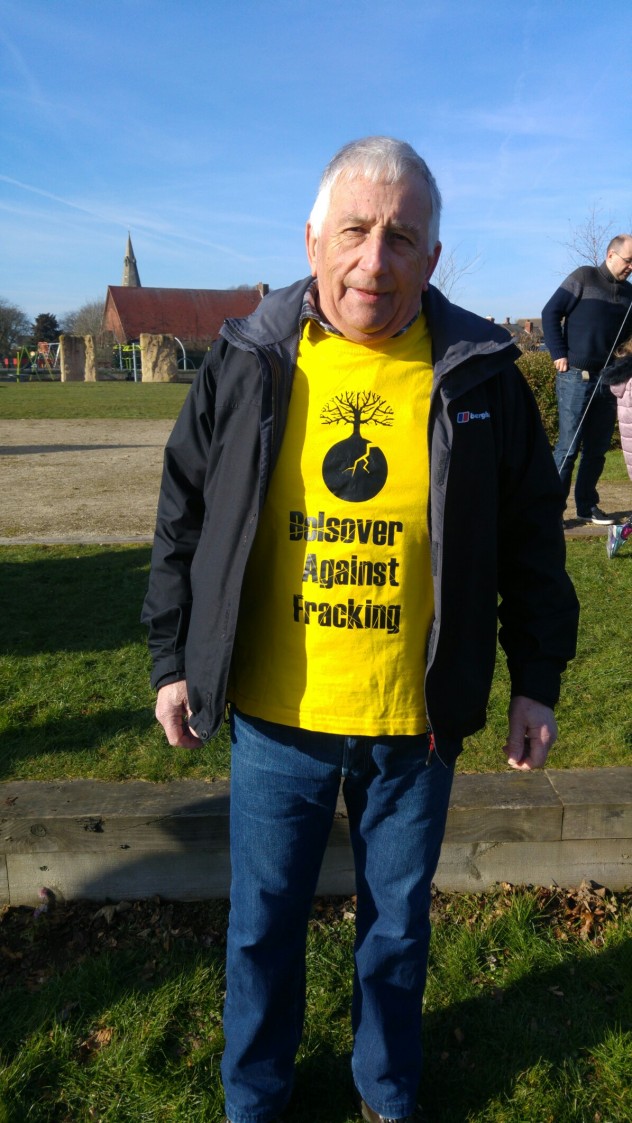 Keith Atkin, co-founder of Bolsover Against Fracking (above left), said the march and rally was the “culmination of a year’s hard work” for the group.

“I think if there were representatives of the oil and gas companies here they would go away thinking ‘We have a problem. The population is obviously totally against fracking and we are going to be hard put to overcome this’.

“The fight will continue until fracking is eliminated from the industrial scene in this country.”

David Kesteven, chair of Eckington Against Fracking, which is fighting INEOS’s Marsh Lane application, said the anti-fracking movement was growing and winning people over. He said:

“We are turning the Tories round.”

Some of the biggest applause was for the National Trust, which is facing court action from INEOS over access for seismic testing at Clumber Park in Nottinghamshire. 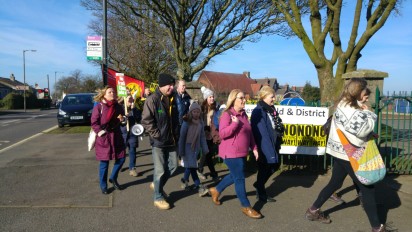 Campaigners on the march to Bolsover, 24 February 2018. Photo: DrillOrDrop 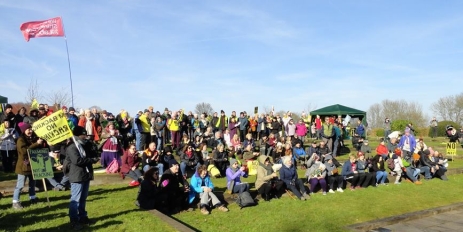 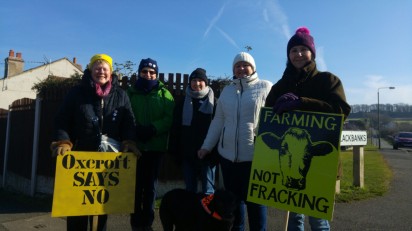 “We can bring about an end to fracking through raising awareness, peaceful protest and reminding our politicians that they are elected to listen to us.”