No surprise that Third Energy is seeking funding from fracking industry, say campaigners 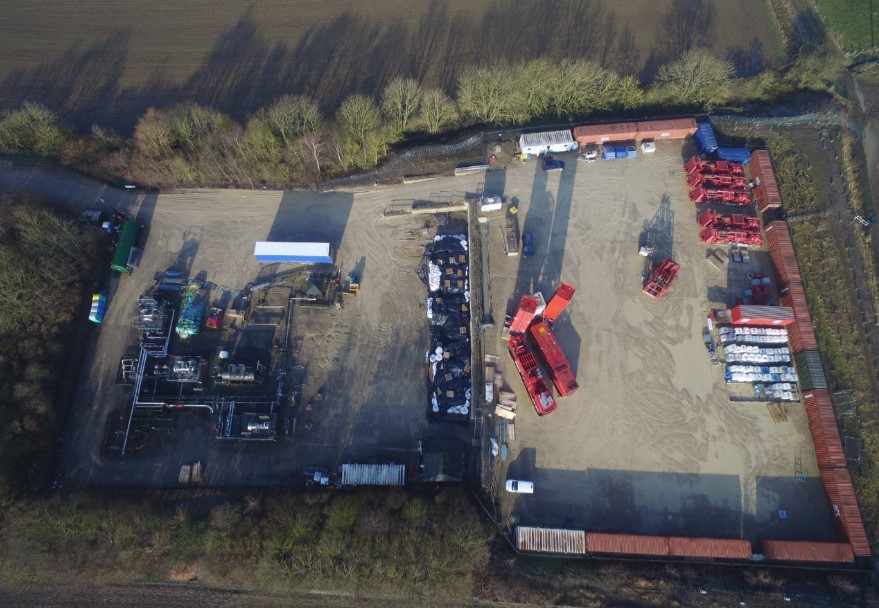 Campaign groups opposed to Third Energy’s plans to frack at Kirby Misperton in North Yorkshire said this afternoon they weren’t surprised by reports that the company was seeking funds from rival operators.

Sky News reported today that the investment bank, Lazard, had recently approached a number of leading players in the shale gas industry to consider offers to invest in Third Energy. A takeover or merger was also being considered, Sky News said.

Third Energy is 97% owned by Barclays Bank but the bank confirmed last May that it was looking to sell.

Fracking plans at Kirby Misperton are currently on hold, probably until the autumn, while the government decides whether to issue the final consent.

The Business Secretary, Greg Clark, has ordered an assessment of Third Energy’s financial resilience. Last week, more equipment was moved off the Kirby Misperton site and it emerged that Third Energy wanted to avoid fracking in the summer.

In a statement this afternoon, Third Energy said:

“Third has all the necessary funding in place for its current operations, both onshore and offshore. As is normal in natural resources, including oil and gas, when moving into the development stage companies look at different options for funding known developments, future exploration and also further opportunities.”

“We aren’t surprised that Third Energy are trying desperately to find additional investors to prop up their failing fracking business.

“Third are now £56million in debt, have lost £3.4million in the latest accounting year and only have £112,000 cash in the bank. Suppliers have started pulling equipment off site at an incredible pace and the latest credit reports available suggest a large number of suppliers are being paid late. These are all telltale signs of a company in financial meltdown.

“Anybody who invests in this business will likely lose every penny and should expect to face huge public opposition.

“This latest news about Third Energy, who have been besieged with controversy lately proves once again that Greg Clark and the Department for Business, Energy and Industrial Strategy should continue to withhold consent for Fracking – they simply are not fit to operate.”

“The company is getting ready to sell. This is not surprising. The conclusion that most people would come to is that it would not be surprising if there was something in the background with INEOS. The signs have been there for some time”.

When equipment was first moved off the Kirby Misperton site last month, Third Energy said the financial resilience assessment may take “some time”.

But there’s a lack of information about what evidence and criteria the Department for Business, Energy and Industrial Strategy (BEIS) will use.

In response to a parliamentary question, the Energy Minister Claire Perry said the process would include Third Energy’s ability to fund decommissioning costs. She added:

“That process is still ongoing. The Department will respond further, as appropriate, in due course.”

In a Freedom of Information response, BEIS said:

“The work to assess Third Energy’s finances is being undertaken by the Infrastructure and Projects Authority. We expect this work to include reviewing indemnities and guarantees. Therefore the Department does not hold any of the information which you have requested.”

Third Energy also appears to have questions for BEIS.

DrillOrDrop understands the company reported to residents last week it had asked BEIS what information was needed but was told BEIS “didn’t know”.