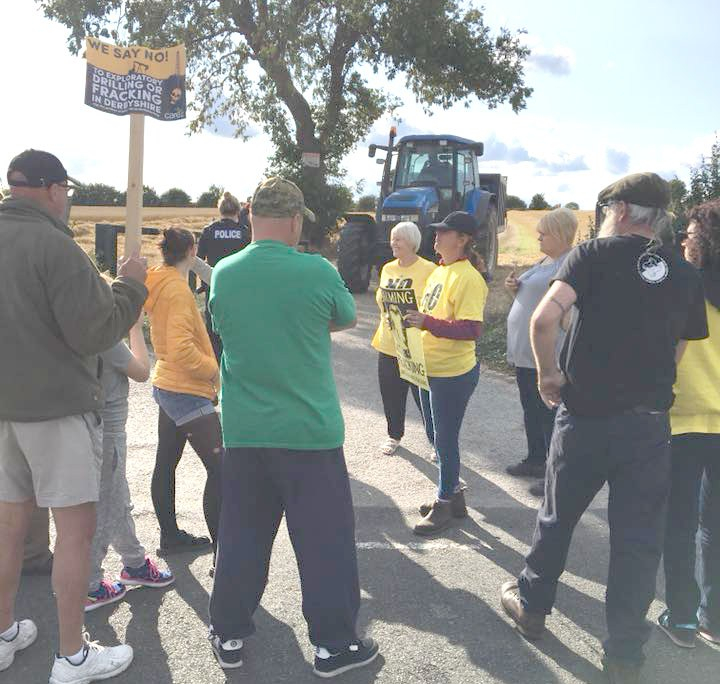 An opponent of Ineos plans to explore for shale gas in Derbyshire was knocked down by a tractor during a protest yesterday, according to eyewitnesses.

Police are investigating the incident, which left the person with minor injuries.

Anti-shale gas campaigners had gathered on a footpath near the entrance to the Ineos site in the village of Marsh Lane, where earlier this month the company was granted planning permission for a vertical coring well.

Eyewitness Tracy Lund Butt said the incident happened in the afternoon when a tractor being operated in a neighbouring field, followed by Ineos security, drove towards a local man, who had just arrived at the protest.

“We were all moving to the side to let the tractor through.

“He [the tractor driver] revved his engine like he was in a sports car, shouting something then let the clutch out and charged through the gate, hitting Trev Butt and knocking him to the ground.”

Ms Lund Butt, who spoke against Ineos plans for Marsh Lane at a public inquiry in the summer, said:

“The Ineos reps came over, asked if he was ok. The tractor driver then turned the tractor round and drove through a hedge to get away, ripping the hedge and fencing out. He left the scene, so did the Ineos guys.

“We phoned the police. When they got there, they phoned an ambulance to come and check him over.”

Ms Bund said police had been at the protest before the incident and had spoke to a member of the parish council.

“They were happy and left”, she said.

“We attended a small protest in and around Marsh Lane yesterday afternoon (August 29).

“Our officers were sent to the site to facilitate the rights of those protesting and ensure that the event passed off peacefully.

“There have been no arrests in relation to the protest. However, enquiries are ongoing into a collision between a man and a tractor. The 50-year-old man suffered minor injuries.

“Anyone with any information in regards to this incident should contact us on the 101 number with reference number 18000412087.” 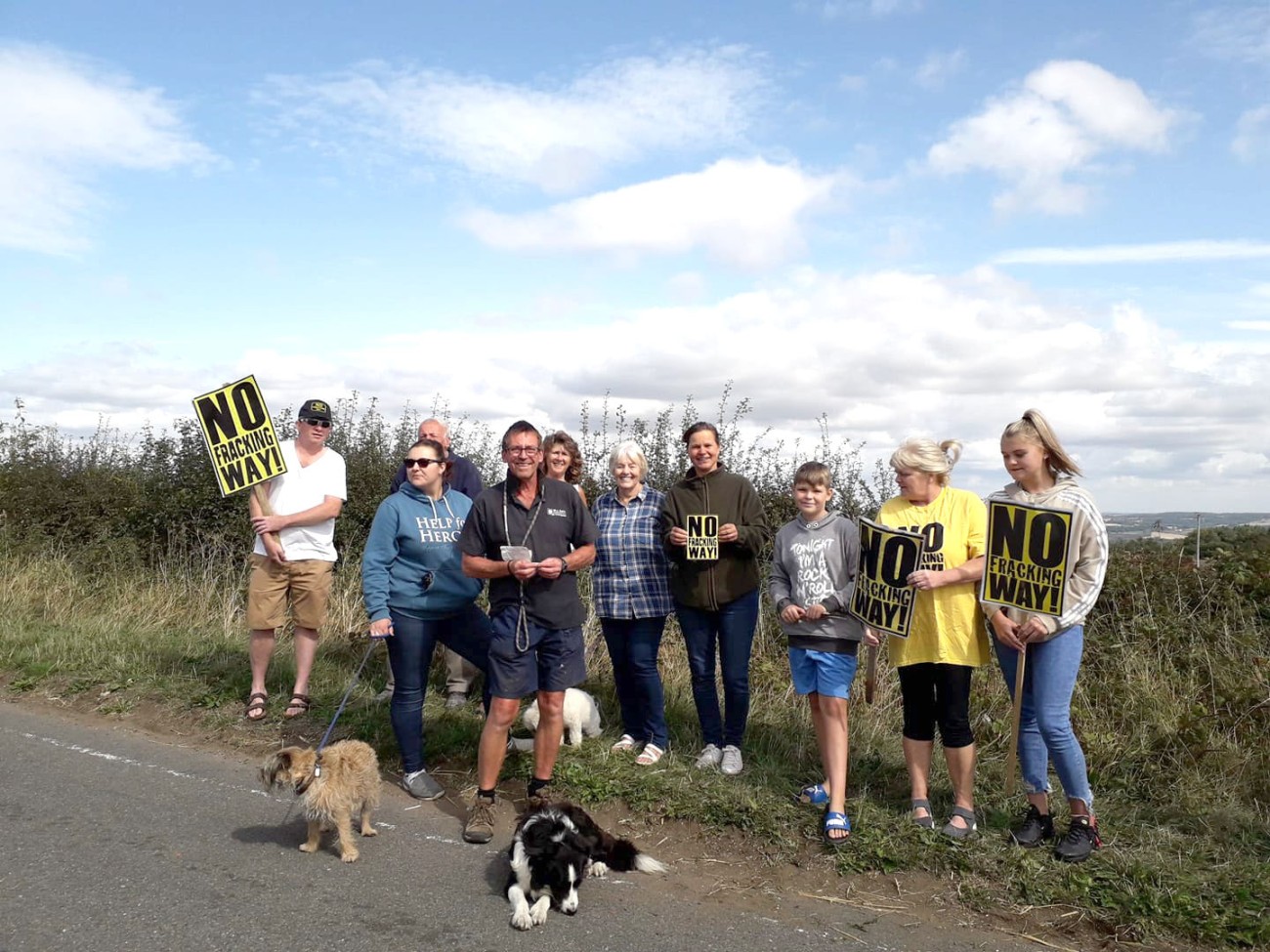 Police said they were attending another small protest at the site today.

Ineos was granted a High Court injunction in November 2017 prohibiting specified protests at several sites, including Marsh Lane, and on lorry routes to the sites.

Derbyshire Police said it was up to Ineos to take action to enforce the injunction.

“Wednesday’s incident in the Marsh Lane area of Derbyshire is an unfortunate example of deliberate interference with the day-to-day operations of a working farm. It follows a targeted campaign of harassment by a small cadre of protestors against a hard-working farmer.

“On Wednesday a protestor deliberately stood in front of his tractor and has claimed that he was struck. The farmer and other eye-witnesses are clear that the man was not struck. We understand that an ambulance that attended found that the protestor did not need treatment.  The police are currently investigating the incident and we will of course help them with their enquiries.

“On Thursday the protestors where back on the site including the man in question.”