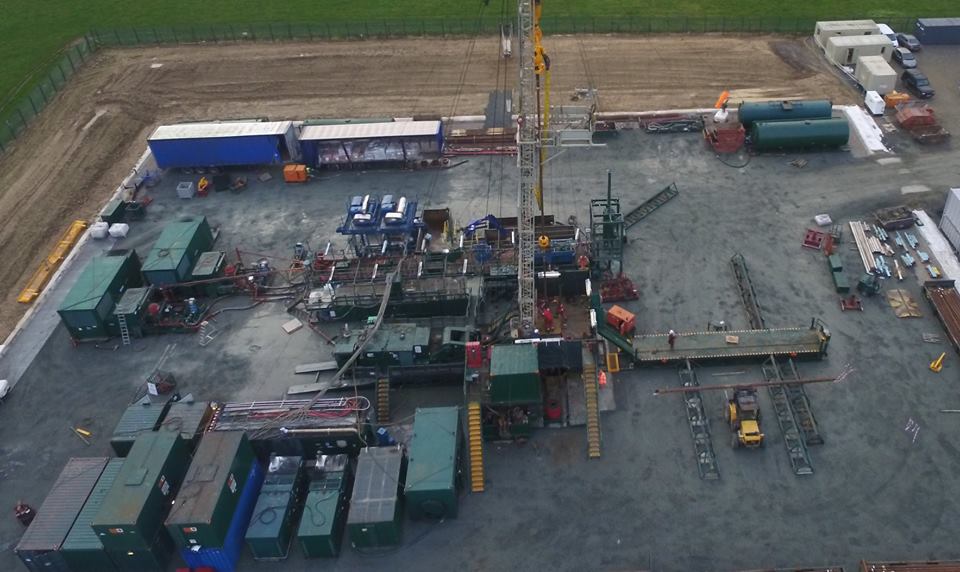 The well, known as Biscathorpe-2, was reportedly spudded at 12.30pm this afternoon.

It is due to be drilled to a total depth of about 2,100m into the Basal Westphalian sandstone, the company said. Drilling is expected to last about 30 days and the chance of the well’s success has been estimated at 40%.

In a statement to investors, Egdon’s managing director, Mark Abbott, described Biscathorpe-2 as:

“one of the largest remaining un‑appraised oil prospects onshore UK”.

Union Jack Oil plc, which has a 22% stake in the licence area, PEDL253, said it could earn £24m if the well were successful. Union Jack’s executive chairman, David Bramhill, said in a statement:

“Biscathorpe is one of Union Jack’s near-term, high-impact projects and success here will be transformational for our company.”

Egdon said the Biscathorpe-2 wellsite would not now, or in the future, use high volume hydraulic fracturing.

Opponents of Egdon’s operations have protested outside the site since work began in November 2018 (DrillOrDrop report). They have said drilling threatens air pollution from flaring, pollution of a protected chalk stream, industrialisation of the Wolds Area of Outstanding Natural Beauty and increased traffic.

Two people, a 74-year-old man and a 60-year-old woman, were the first people to be arrested on 4 January 2019. DrillOrDrop report

Lincolnshire County Council’s planning committee agreed unanimously in May 2018 to extend the duration of the Biscathorpe planning permission until February 2021.