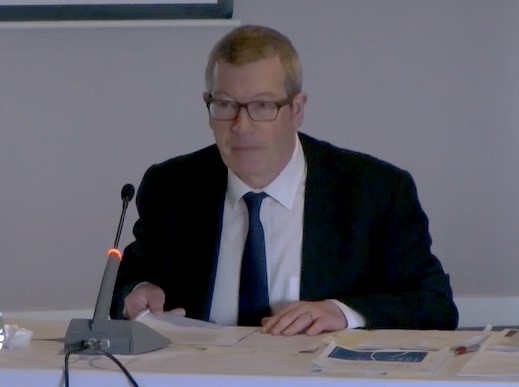 The shale gas company, Cuadrilla, has confirmed that its technical director, Mark Lappin, is retiring from his full-time post next week.

Members of the community liaison group for Cuadrilla’s Preston New Road fracking site near Blackpool had reported that 57-year-old Mr Lappin announced at the meeting held on 4 February 2019 that he was moving on.

In response to questions from DrillOrDrop that week, Cuadrilla said: “Mark Lappin remains Technical Director at Cuadrilla and there are no changes to the current management team”.

But in the statement dated a fortnight later, Cuadrilla said:

“Technical director Mark Lappin will retire from his full time post with Lancashire-based shale gas exploration company Cuadrilla at the end of this month”.

Mr Lappin has worked for Cuadrilla since 2017. The company’s statement described him as “an outstanding technical lead for the company”.  He would continue to be involved on a part-time basis, the statement said.

“I would like to thank Mark for his huge contribution to both Cuadrilla and UK shale exploration.  He will continue to remain involved with the company on a part time basis as an advisor.”

Mark Lappin is registered with Companies House as a director of 13 companies in the Cuadrilla group. His Linkedin profile gives details of previous posts with ExxonMobil, Dart Energy and Centrica. Since 2016, he has been a director of Complete Exploration & Development in Aberdeenshire.

Sau-Wai Wong has worked in the oil and gas industry for 30 years. He had posts with Shell from 1989-2016, in Europe, Asia, the Middle East and the US. These included Shell’s senior advisor on unconventional resources technology. Since 2016, he has run rybkarock, a production engineering and geomechanics consultancy based in Houston.

Francis Egan said Sau-Wai Wong’s expertise and experience in shale gas “will be significant benefit to both Cuadrilla and the UK shale industry as a whole.”