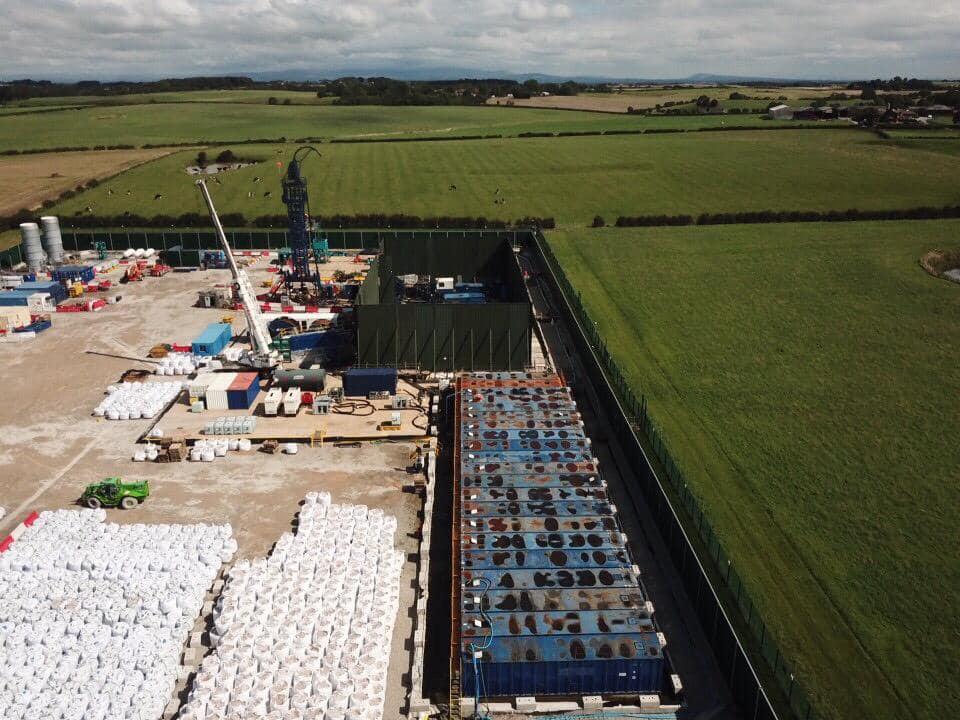 The seismic event, which happened at 8.31am, is the largest tremor induced by fracking in the UK. DrillOrDrop report

Cuadrilla resumed fracturing at the Preston New Road site near Blackpool on 15 August 2019. Since then, there have been more than 90 tremors, including four that were felt locally. People living as far away as Preston and Chorley reported they felt this morning’s event.

The Oil & Gas Authority (OGA) said in a statement this morning:

“In accordance with the OGA’s strict controls, hydraulic fracturing operations at the Preston New Road site are suspended following the recent seismic activity in the area, including a 2.9ML event at 08:30am on 26 August, which was felt by people in the area.

“Operations will remain suspended while the OGA gathers data from this and other recent seismic events and then considers carefully whether or not the hydraulic fracturing operations, mitigations and assumptions set out in the operator’s Hydraulic Fracture Plan continue to be appropriate to manage the risk of induced seismicity at the Preston New Road site.”

The Conservative MP for Fylde, Mark Menzies, has said fracking at Preston New Road is unsafe and it should be banned in the region.

Asked by BBC Radio Lancashire this morning whether he thought fracking was safe, Mr Menzies said:

“Throughout my time as the Member of Parliament for Fylde I have called for stringent and robust regulation of the shale gas industry to ensure the safety of local residents.

“This has led to a number of regulations being implemented, including the Traffic Light System for monitoring seismicity.

“The TLS limit, which was decided with input from the shale gas industry, is set at 0.5Ml – a level which ensures the safety of local residents and their properties.

“Since hydraulic fracturing activities begun at Preston New Road we have seen these regulations in action several times. Forcing the operators, Cuadrilla, to pause activities for 18 hours and check all seismicity is in line with their hydraulic fracture plan before they can resume. But also and crucially, releasing this information to the public and keeping the local community informed.

“It was for the industry to show that they could operate within these parameters, which they have been unable to do.

“It is now clear that hydraulic fracturing is not suitable for Fylde or the people of Fylde and I will be writing to Ministers and the Oil and Gas Authority to call for full cessation of the shale gas industry operating on the Fylde Coast.”

Cuadrilla has said the 2.9ML tremor was “in the bounds” of what was expected from fracking at the Preston New Road site.

The company’s chief executive, Francis Egan, told BBC Radio 4’s The World At One, he hoped the OGA suspension would not lead to a long before fracking was tried again.

The hydraulic fracturing plan for the PNR2 well, which Cuadrilla has been fracking since 15 August 2019, estimated that the maximum strength of induced tremors would be 3.1ML. But the plan this was “considered to be a very low likelihood”. DrillOrDrop report

In a statement this morning, the company confirmed the ground motion was 5mm/second. This is significantly greater than the previously highest ground motion of 1.5mm/second and off the scale of examples provided on Cuadrilla’s website.

“We can now confirm the event detected at 8.30am in the area of our exploration site in Preston New Road, near Blackpool, was magnitude 2.9 on the Richter scale.
“We appreciate this this has caused concern for local people and by way of reassurance it is worth noting that this event lasted for around a second and the average ground motion recorded was 5mm per second. This is about a third of that permitted for construction projects.
“As previously stated, we were not operational this morning and no hydraulic fracturing has been carried out this weekend.
“We are working with the team of regulators who intensely monitor our activity at Preston New Road to investigate the event and will provide more updates in due course. Hydraulic fracturing operations will remain suspended during this time.
“We have verified that the well integrity is unaffected.”