Rathlin Energy has suspended the extended well test at its West Newton well site in East Yorkshire – just a week after the start.

In a statement this morning, the company said the test would be redesigned following the discovery of oil, in addition to the predicted gas.

Yesterday, lorries were filmed removing equipment from the site, prompting online speculation about its future.

Last week, Rathlin said the flow test had been scheduled to last for four to eight weeks.

“Rathlin Energy and project partners now believe that the West Newton project represents a significant oil and gas discovery rather than a pure gas discovery as originally thought.”

It said test operations had been suspended “pending the analysis of data acquired to date during the drilling and testing of the well”.

Two roads, that had been closed since earlier this summer, would be re-opened after equipment had been removed, Rathlin said. 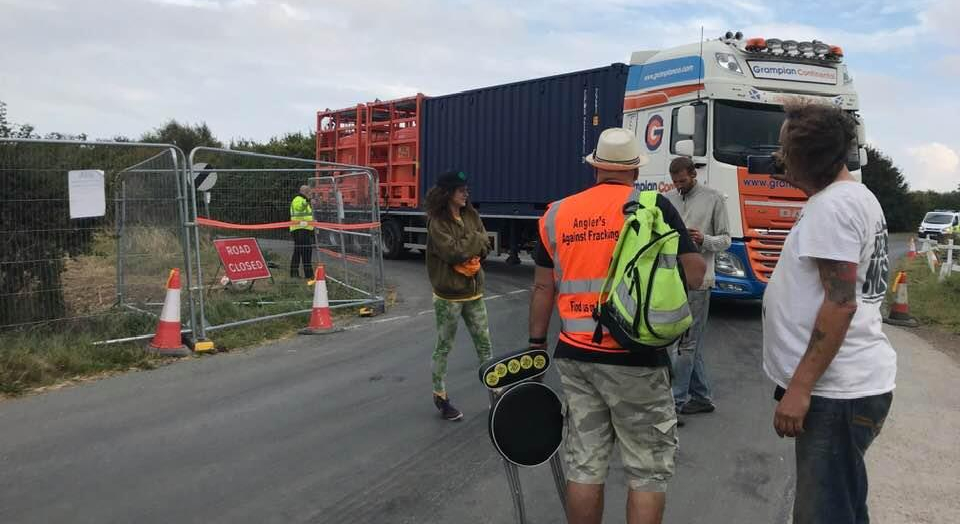 Reabold Resources, one of the partners in the project, described West Newton as “potentially the largest UK onshore gasfield“.

But initial evaluation has revealed an oil column of about 45 meters underlying the 20-metre gas column, the statement said.

“With the indication of a potentially significant oil column, the Extended Well Test has been temporarily suspended, in order to review and revise the well test design to deliver the necessary test information to validate this potentially important onshore resource.”

“The confirmation of a major oil discovery at the West Newton project is highly encouraging compared to its original perception as a substantial gas discovery.

“We now believe that West Newton will become a significant oil development project.”

Earlier this month, the company was granted permission to use acid squeeze and cold venting at West Newton. It had also applied for consent to store crude oil at the site.

Yesterday, opponents of the operation at West Newton said ‘goodbye’ to Rathlin Energy as they watched the equipment leaving.

The site has attracted controversy since the first well was tested in 2014 The company breached at least 14 conditions of its environmental permit in a three-month period that year.

Last week, there were complaints about smell on the first day of the well test. There has also been criticism of the company’s application to close roads around the site.

Yesterday, campaigners distributed leaflets to people living nearby accusing Rathlin of “an apparent disregard” for local communities and the environment.

Protest posters at the roadblock outside Rathlin Energy’s wellsite in East Yorkshire, 28 August 2019. Photo: West Newton Gateway to the Gasfields

Protest posters at the roadblock outside Rathlin Energy’s wellsite in East Yorkshire, 28 August 2019. Photo: West Newton Gateway to the Gasfields