Conservatives in the North Yorkshire district of Ryedale say they are sending a “historic message” by calling for a local moratorium on fracking until at least 2023.

Despite the national party’s support for fracking, local councillors said today there were “no definitive” answers about the implications of the industry in their area.

The leader of Ryedale District Council, Councillor Keane Duncan (right), announced on Facebook that the Conservative group would present a motion at the full council meeting next month.

“Forget what you think you know about the Conservatives’ stance on fracking.

“Conservative councillors here in Ryedale are united in our aim to protect our area, its character and its people from the potential ramifications of fracking.

“That’s why we’re calling for a moratorium until we know enough about it. We feel this is the only responsible course of action.

“Our motion sends an historic message and signals a significant break with the Conservative Government as it races to embrace the fracking industry.”

In 2015, Ryedale voted in favour of a local moratorium and the following year it opposed Third Energy’s plans to frack at Kirby Misperton.

The new motion acknowledges that there is still time to run on the 2015 moratorium. But it said:

“We now have a new Council and it would seem appropriate to review our position.

“There is still much debate and discussion on hydraulic fracturing and no definitive answers on the many implications of the process.

“Given this, and taking into consideration the importance of tourism and the natural environment to people and the local economy, Ryedale District Council resolves to extend its call for a moratorium for the life of this Council.

“As before, this position is to be reconsidered if sufficient evidence becomes available on the impact of the process.” 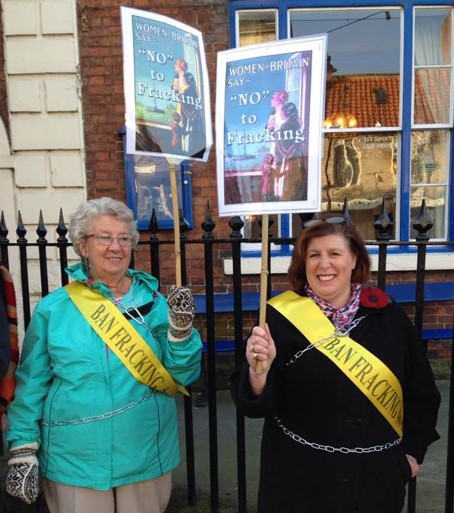 Third Energy did not frack the KM8 well at Kirby Misperton.

In January 2018, the government required a test of the company’s financial resilience before final permission was granted.

There has been no public statement about the result of the test.

Third Energy is now seeking planning permission to extend its operations at six Ryedale gas sites for another 17 years.

Planning officers, who recommended the objection, said in a report that the authority was “strongly opposed” to fracking.

“The applications are, in part justified on the basis that the development proposed would ensure that a network of infrastructure is in place to support hydraulic fracturing in the future.

“This is not acceptable to this Authority and it objects to the applications on this basis.”

Just days later, Third Energy told local representatives it was focusing on its conventional gas business, rather than fracking.

Last month, he said he did not support a ban of fracking, despite being a member a member of the Conservative Environment Network, which included a ban in its manifesto.

The council meeting is on 5 September at 6.30pm. The meeting is at Ryedale House, Old Malton Road, Malton YO17 7HH.